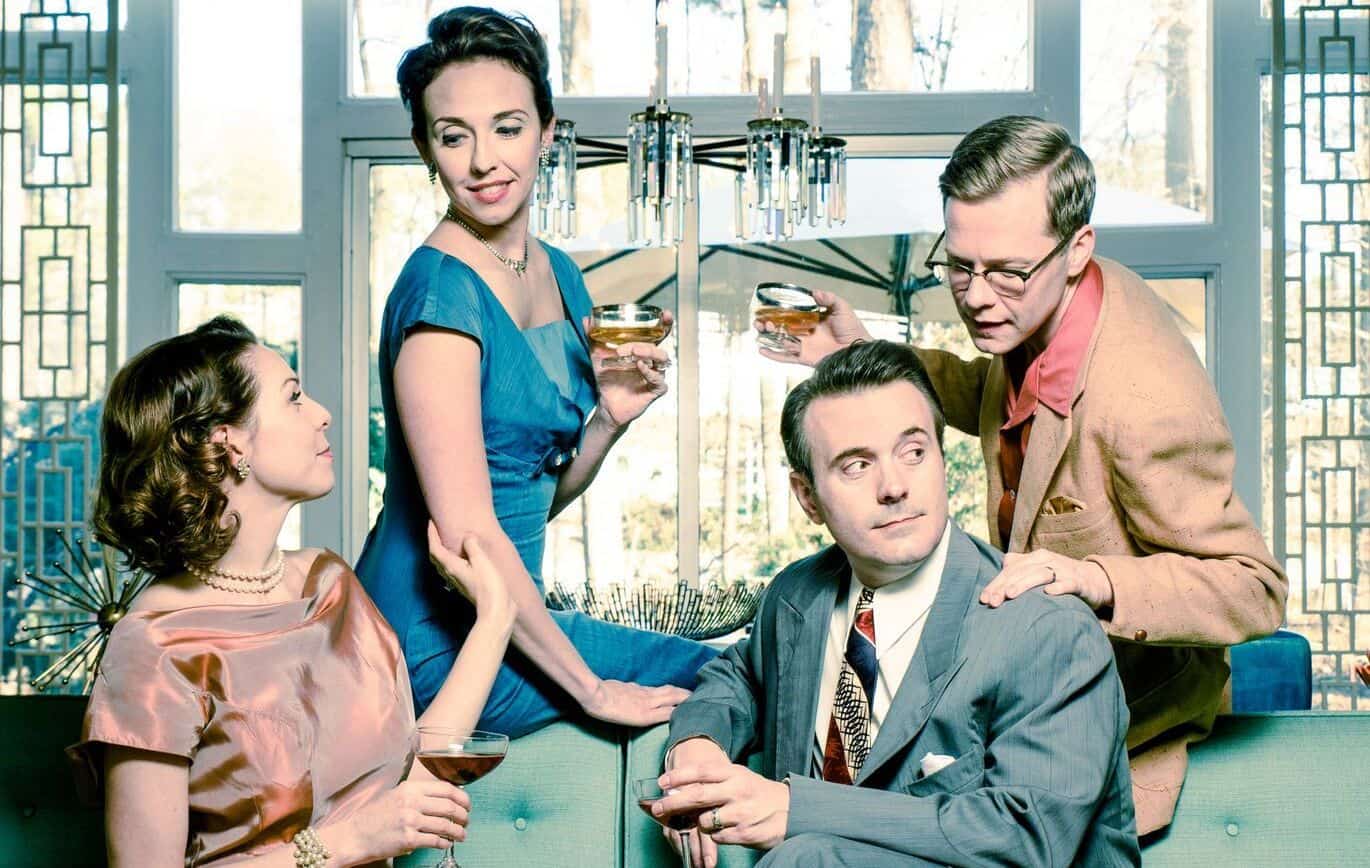 ‘Perfect Arrangement’ returns relevant as ever

It had its origins in Atlanta — courtesy of a reading via The Process Theatre — before Topher Payne’s “Perfect Arrangement” evolved into a work that has played across the country and even had an off-Broadway run. The celebrated play has now returned to town in a new production by Theatrical Outfit.

It’s set in Georgetown in 1950, where a member of the State Department, Bob Martindale (Joe Knezevich) — originally tasked with finding Communists — now has to find, among others, gay people within his department. Yet he has a secret — Bob is in a relationship with school teacher Jimmy (Clifton Guterman) while his State Department secretary Norma (Courtney Patterson) is involved with Millie (Ann Marie Gideon). To the outside world, though, Bob and Millie and Norma and Jimmy are happy married heteros who have been able to deceive those around them.

Adam Koplan, who is directing, has long been a fan of the show.

“I have been friends with Topher a long time and have seen many iterations and have admired it,” he said. “I think it’s a tonal masterpiece, starting in a light, bouncy glittery tone that is comic and delightful. We fall in love with all the characters. Across the arc of the play it turns into a Clifford Odets-style family drama with politics and interpersonal relationships coming to the fore.”

The director is certainly aware of the homophobia present in our society. To him, the production could not be any more topical.

“It was really through this that I learned about The Lavender Scare, learning specifics about how the government really helped push and define our kind of societal animosity towards gay and lesbian folks,” he said. “It was sort of shocking to me in terms of the way the government made it okay to vilify gay folks. Thinking about how the government labels a group of people like they do here as deviants, worthy of societal fear — it rips apart families and ruins families. When there is no basis for fear, it is a total tragedy. It is terrifying. To have a play that calls out a dark time in history — and the havoc it wreaks — is powerful.”

Guterman, who serves as Theatrical Outfit’s associate artistic director, admits that the show is a bold choice for the company.

“We decided we wanted to grow our audience and invite new people in to tell new stories that fit our mission,” he said. “This is officially the first show where LGBTQ characters are front and center and run the plot. It’s a big deal for us. It’s a really good part too. It’s a wonderful role but also poignant. I have always been interested in gay history, our past, and Topher has made history personal and relatable.”