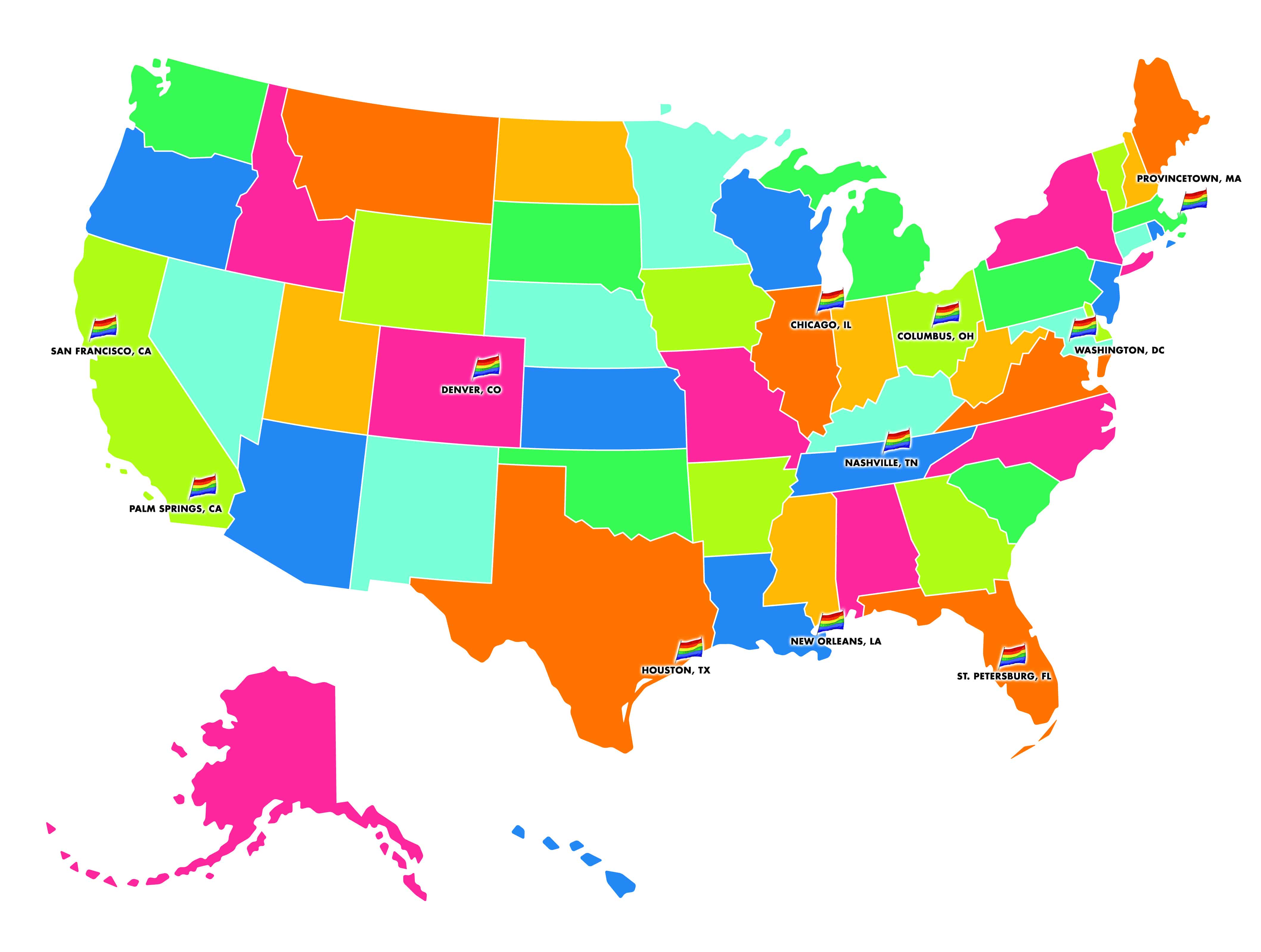 Pride Around the USA

Want to flaunt your pride somewhere other than home but don’t want to cross country lines? These Pride celebrations across the country are perfect for those who want to get some traveling in without having to grab their passport!

Head up to P-town to experience the top-booked Pride celebration in the country this year, according to Orbitz. Take a ride on the official Provincetown Pride Ferry, get down at one of many Pride parties held throughout the weekend, and get a look at the “Global Rainbow,” an art installation that projects colored rays of laser light across the sky, seen for up to 20 miles. More information: Ptown.org/Pride

Celebrate Pride from the nation’s capital! Take part in a number of fun-filled events, including parties, a brunch, parade, festival, and concert. The parade will take place on June 8 in front of the Capitol, making it a great place to both celebrate your identity while also satisfying your touristy urges. More information: CapitalPride.org/Celebration-2019/

Marti Gras isn’t the only party NOLA has to offer! Home of the largest LGBTQ parade on the Gulf Coast, New Orleans Gay Pride began in February 1971 with a “Gay In” picnic in City Park. It has now grown to include more than 30 events over three days and was recognized as “one of the fastest growing Pride festivals in the nation,” in 2014. More information: TogetherWeNola.com/Pride

This Pride festival is one of the largest in the country, with over 700,000 attendants every year — its record is 750,000 in 2017! While the official Pride Day is June 22, which includes a festival, parade, and a remembrance of Stonewall, the city is holding Pride events throughout the month. More information: PrideHouston.org/Celebration/

Whether you take part in the huge parade on Saturday, which attracted over a million visitors in 2017, visit the two-day-long festival, enjoy a delicious Pride Brunch on Sunday, or all of the above, Columbus Pride is sure to please. More information: ColumbusPride.org

Not only does Denver Pride feature the staple festival and parade, but also includes a Pride 5K on June 15! Prizes will be given for top finishers and best costumes, and every runner receives a t-shirt and goodie bag.  More information: DenverPride.org.

Not only is Chicago Pride celebrating the 50th anniversary of Stonewall, but also the 50th anniversary of the event itself. This three-part extravaganza features different events: Chicago PrideFest (June 22-23), a festival featuring a half-mile of vendors and amazing entertainment; Pride in the Park (June 29), a first-of-its-kind music festival with performances from Iggy Azalea, Todrick Hall, Shea Coulee, and more; and the Pride Parade (June 30). More information: ChicagoPride.GoPride.com

San Francisco pride is the largest Pride celebration in the country — its record attendance is 1.7 million in 2014! — as well as one of the oldest. Running since 1970, this immersive two-day experience is perfect for both education and fun. More information: SFPride.org

Palm Springs closes out the year with the last Pride celebration in the country. Launching in 1986 as just a simple dinner and variety show, the event grew to be the largest LGBTQ gathering in the Coachella Valley. The festival includes free concerts, cutting-edge DJ stages, dancing in the streets, food vendors, exhibitors, a diverse array of artists, and much more! More information: PSPride.org