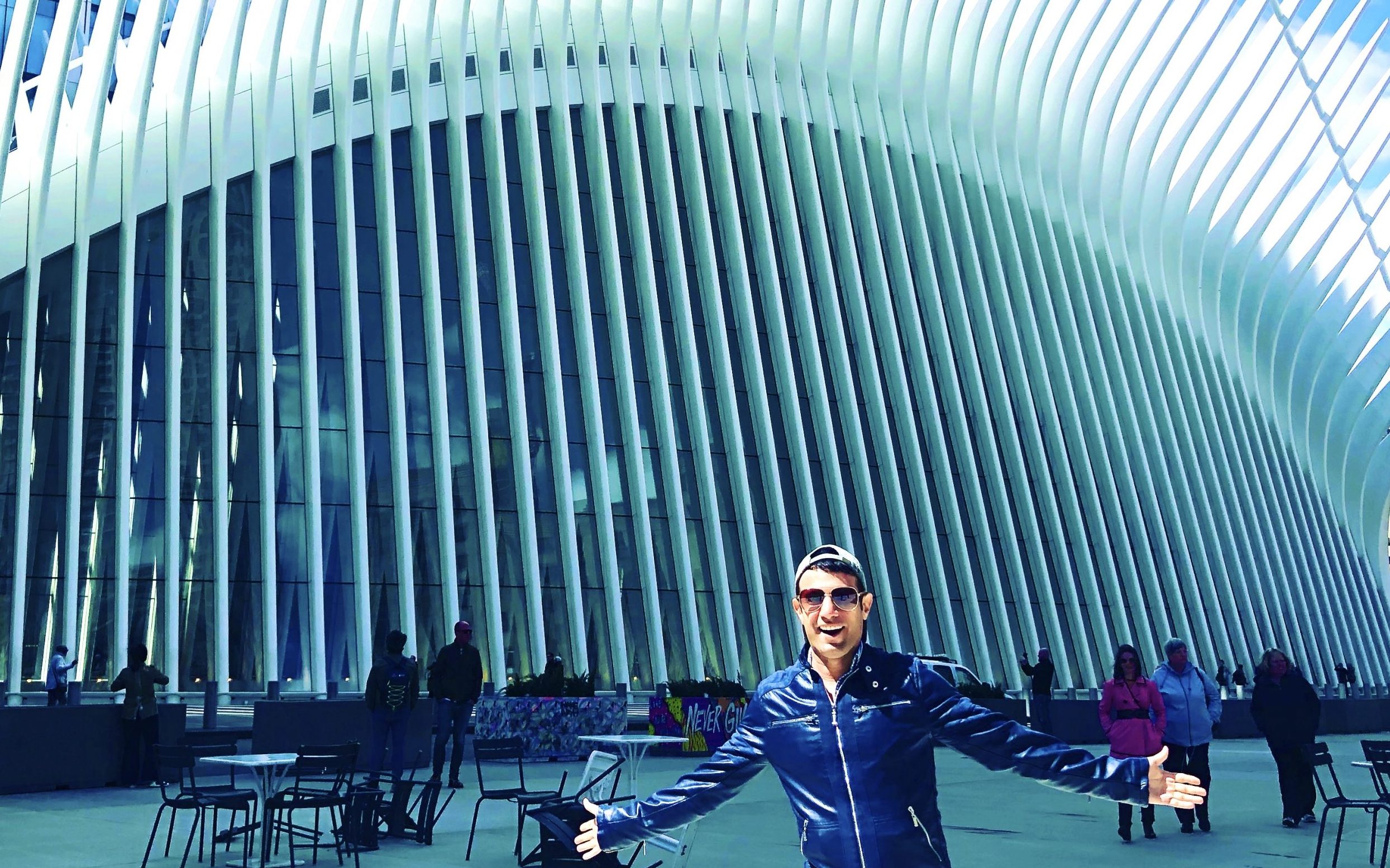 I quickly discovered that I couldn’t possibly cover all that New York City has to offer in just one article, so I decided to break up my experience into regions. In this piece, I’ll talk about all of the incredible sights and attractions available in downtown New York. Well, for the purpose of this article, the area from Times Square and south. This isn’t what New Yorkers typically consider as downtown, but this is the region I’ll be referring to.

Within this area is the Greenwich Village, which was pretty much the epicenter of the LGBTQ community in NYC in the 70’s and 80’s, before people started movin’ on up to swanky Chelsea or Hell’s Kitchen, two neighborhoods that weren’t so swanky until the gays took over.

I had the pleasure of staying at the Millennium Hilton Downtown. The high-rise structure offers some of the best views of lower Manhattan you will ever see. We all know the saying. Location. Location. Location, and quite frankly, the hotel’s location is absolutely perfect on so many levels. Not only is it directly across the street for the World Trade Center, the 9/11 Memorial & Museum and the Oculus, but it’s also within a block of numerous subway stations. A journey uptown to Penn Station or Times Square will only take you about 15-20 minutes and the hotel is within walking distance to both the South Street Seaport and Wall Street.

As I entered my room, I was greeted by walls of glass and unobstructed views of the World Trade Center campus. I arrived in the evening, so the view was simply breathtaking and made for some wonderful late-night photos. What really struck me about this property was the glass-enclosed indoor swimming pool. This is quite a rare treat for a New York City property. I don’t think I’ve ever stayed at a hotel in the city with a pool. Those traveling with children will love this feature of the hotel and I was also happy to see that the pool is also handicapped accessible.

Growing up in Queens, New York, my friends and I were always enamored by Greenwich Village, or more specifically, the West Village. What is interesting is that I fell in love with the gayest neighborhood in NYC before I even realized I was gay. I guess it was a sign for what was to come. The most iconic landmark of the West Village is of course The Stonewall Inn. Last year, The Stonewall Inn celebrated the 50th anniversary of the historic Stonewall Uprising.

Not too far away are a variety of LGBTQ bars including The Duplex Cabaret and Piano Bar, Pieces, The Monster and Julius’, the latter are two of the oldest LGBTQ bars in the Village. Cheyenne Jackson and Adam Lambert have both visited The Monster in recent years, making it one of the hottest spots in town.

Also, in the West Village is Henrietta Hudson, a lesbian owned and operate bar and lounge. Opened in 1991, the establishment is known around the globe for being one of the most friendly and welcoming places for the lesbian community to gather, share stories and party.

According to the museum’s website, in 1969, Charles Leslie and Fritz Lohman held an exhibit of gay artists for the first time in their SoHo loft. Throughout the 1970s, they continued to collect and exhibit gay artists while supporting the SoHo art community. During the AIDS crisis, the collection continued to grow as they rescued the work of dying artists from families who, out of shame or ignorance, wanted to destroy it. This led to the formation of the Leslie-Lohman Gay Art Foundation in 1987. In recognition of its importance in the collection and preservation of LGBTQ history, the organization was accredited as a museum in 2016 and currently has a collection of over 30,000 objects.

Downtown New York is also home to the city’s LGBTQ community center, simply called The Center. Established in 1983, The Center offers a variety of health services, including support groups for those recovering from drug and alcohol use. In addition, The Center offers an array of other resources ranging from immigration support to career development.

After you are done learning about the LGBTQ art, history and culture of NYC, head to the Big Gay Ice Cream shop for a sweet treat. Grab a cone with rainbow sprinkles and take a photo sitting on the rainbow bench outside the store. Life can’t get any gayer than that!

Stroll over to the neighboring South Street Seaport, which overlooks the Brooklyn Bridge, quite possibly one of the most beautiful and iconic bridges in the country.

Being a native New Yorker, I do enjoy downtown New York City a bit more than uptown. It’s a bit grittier, the streets aren’t as wide, and you can feel the raw history of the city without being distracted by the shiny storefronts of 5th Avenue. Unfortunately, a lot of the gay community is moving north, even as far as Spanish Harlem, to escape the rising costs of living, but visitors can still appreciate the LGBTQ history in downtown New York. If I were to ever move back to the city, I’d probably opt to settle in this part of town so I can experience the village the way I should have in my younger years.

Joey Amato is the publisher of Pride Journeys, a website dedicated to LGBTQ travel. Joey has spent over a decade in LGBTQ media and public relations and currently resides in Indianapolis, Indiana. He can be reached at joey@pridejourneys.com