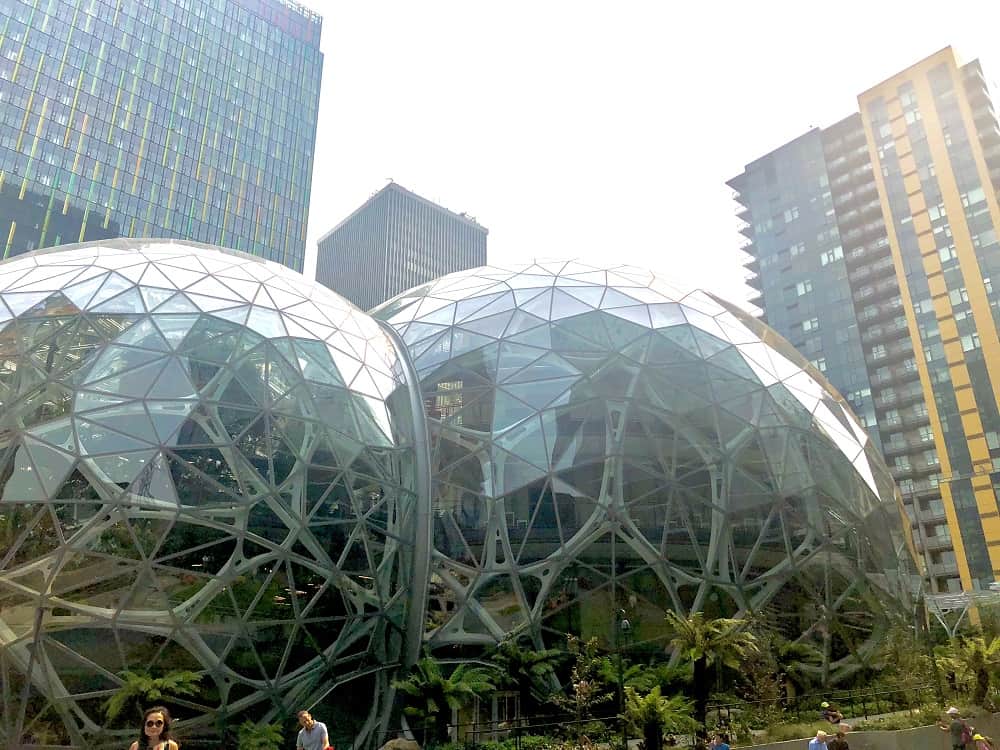 A journey to the Pacific Northwest is something I always look forward to. I love the natural beauty of Seattle and of course the abundance of fresh seafood the city has to offer. Its proximity to both Portland and Vancouver are also benefits and the three cities are connected via Amtrak, so visitors can easily turn a trip to the Emerald City into a multi-destination vacation.

Whenever I travel to a city, I like to search for the local LGBT publications. In this case, pick up a copy of Unite Seattle and Seattle Gay News for an overview of local happenings. On many occasions, I discovered wonderful events taking place in a city that I would not have known about had I not read a local gay publication. Plus, it’s a great way to meet the community. You can easily find the publications at any one of the gay bars and restaurants in Capital Hill or even at a new hotspot called Lumber Yard, a sports bar located in the White Center neighborhood, about 15 minutes from downtown.

I began my experience in Seattle with a VIP Food Tour of Pike Place Market organized through Savor Seattle Food Tours. I usually can’t function in the morning if I don’t have breakfast, but guests should come hungry to this tour. Our intimate group met at Indi Chocolate, a very nice shop that produces delicious chocolate in addition to cacao-based products including teas, spice rubs, and body care products all made from cocoa butter. Over the next two hours, we journeyed through the market tasting homemade biscuits, fresh Rainer cherries, maple bacon doughnuts and sipping on specialty teas. In total, we visited 8 different vendors including the famous flying fish stand…yes, those guys who throw the fish. You’ll be glad you woke up early to experience the market before the other 30,000 people who visit each day.

Directly across the street from Pike Place Market is the original Starbucks Coffee. I was misled by travel sites and was told to visit a different shop around the corner but was later informed that the location on 1st Avenue is truly the first. This was evident by the dozens of tourists posing for photos outside the store.

The last visited Seattle, a little company called Amazon was just getting started. Fast forward a decade later, the tech behemoth has penetrated almost every part of the city. Some may say they have grown too much, but there are some advantages, most notably, Amazon Go. My friend Jared took me there and it was a fun experience. You need to download the Amazon Go app on your phone to enter. It’s linked to your bank account and you literally just pick up any items you’d like from sandwiches to wine – and walk out the door. Your account will be charged within an hour. It’s quite remarkable. In the same part of town are the Amazon Spheres, which took over 2 years to construct and are home to more than 40,000 plants from the cloud forest regions of over 30 countries.

Not too far from Amazon’s headquarters is the Mayflower Park Hotel. Built in 1927 the property earned the distinction of being a Historic Hotel of America. Both the lobby as well as the rooms are elegantly appointed with rich fabrics, dark woods and showcase the hotel’s history as one of the finest privately-owned hotels in the region.

After a quick wardrobe change, I was ready for a night out on the town. Capital Hill is Seattle’s gayborhood, consisting of dozens of LGBT restaurants, bars, retail shops and professional businesses. Capital Hill is a nice walk from the hotel, so if weather permits, I’d suggest taking a leisurely stroll.

Once there, head to Union, a brand-new gay hotspot with a full menu, outdoor patio and some of the hottest bartenders in town. While in Capital Hill, check out Queer Bar, Cuff, R-Place, Madison Pub, and Pony. They are all within blocks of each other and each offer a different vibe and crowd.

Begin your next day with a trip to Seattle Center, home of the iconic Space Needle. I suggest fighting the hangover and arriving at opening, otherwise you’ll be waiting in line for at least an hour to journey to the top of the structure. Built in 1962, the Space Needle stands 605 feet tall and offers 360-degree views from its three main viewing areas. The observation level features the world’s first-ever revolving glass floor, known as The Loupe. It took me about 10 minutes to build up enough courage to even step foot onto The Loupe. Those afraid of heights will be hesitant to even come close to newest attraction.

I’d head to the Museum of Pop Culture (MoPOP) immediately after the Space Needle as it seems to get crowded early on and is definitely loved among families, especially since their latest exhibition Marvel: Universe of Super Heroes opened. The collection features more than 300 original artifacts, including some of Marvel’s most iconic and sought-after pages, costumes and props, many of which have never-before been seen by the public. The exhibition tells the Marvel story through comics, film and other media, ahead of the 80th anniversary of the company in 2019.

I found the Nirvana exhibit to be the most fascinating part of MoPOP. Growing up, I wasn’t really a huge fan of the band nor the Grunge scene, but after visiting, I really learned how that era of music shaped pop culture. It was one of the last genres of music to influence a fashion and lifestyle. I left the exhibition with a deeper understand and appreciation of not only the band’s music but the genre as a whole.

Complete your tour of Seattle Center with a visit to Chihuly Garden and Glass dedicated to the works of local glass artisan Dale Chihuly. The Exhibition Hall contains eight galleries offering a comprehensive look at Chihuly’s most significant works including: Glass Forest, Northwest Room, Sealife Room and Chandeliers. The gift shop also gives guests a chance to purchase a one-of-a-kind work of art by the legendary artist, if you have a few thousand dollars to spare.

If you’re hungry, head to Mamnoon, a delicious gay-owned Middle Eastern restaurant. I highly recommend trying the Mamnoon Falafel consisting of Palouse farm’s chickpeas, cabbage, tomato, pickles, yogurt, tarator and herbs or their famous Za’atar, which is commonly known as the king of Lebanese street food. Since you did a lot of walking earlier in the morning, it’s ok to reward yourself with an order of the Harra Spiced Frites with cilantro and house made harra ketchup. You’ll thank me later!

Seattle is definitely all it’s cracked up to be. I love the cultural diversity especially when it comes to the variety of cuisine. I did find three days a bit short to really appreciate the city and the surrounding regions, most notably Washington’s wine country located in the Tri-Cities, Walla Walla Valley and Yakima Valley. I’ll have to visit again to focus on that region of the state to get my wine fix.