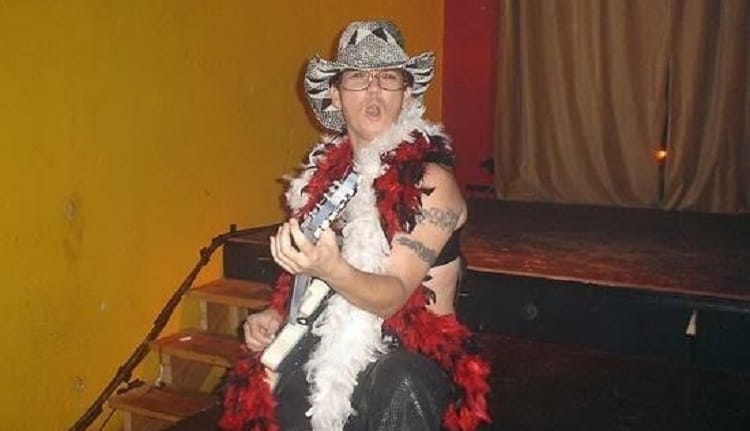 Chase Daniels has retired from performing, but has stayed busy emceeing shows on Fridays and Saturdays at My Sister's Room with Jami ATL—the pair may be better known as MSR co-owners and wives Jennifer Maguire and Jami Siden. See what Daniels had to say about Atlanta's drag scene and check out MSR's new location in Midtown.

How old were you when you first dressed in drag?
Maybe 8 years old.

How old were you when you first performed publicly in drag?
MSR in Decatur about 10 years ago.

Do you remember the song you did at the first performance?
[Kanye West’s] “Gold Digger” mixed with “Beep” by The Pussycat Dolls. It was a duet with my drag mother Jade Daniels and late friend Dee Scott!

What was the hardest thing about being a drag performer?
Getting the same respect as our other fellow performers such as queens. It's tough to get gigs at other venues and get equal pay as a drag kings versus drag queens. That's why my wife Jami Atlanta and I try to have a venue where performers receive equal pay. From femme girls and burlesque to kings and queens, all are included and equally respected.

Did your being a drag performer ever have a negative effect on your dating life? If so, how?
No because I married her, but I can see where it would be a problem for some folks who may not want to be in the nightlife scene all the time. You have to date someone that supports what you love to do on the side or if it's a full-time job.

What was the biggest misconception about being a drag performer?
That you identify as the opposite gender all the time.

How long does it take you to get dressed and get ready to emcee as Chase Daniels?
About an hour.

What are your favorite places to shop for drag clothes/accessories?
Thrift stores.

If you had to pick one, what would be your all-time favorite song to perform?
“Under Pressure” by Queen.

Rate Atlanta's drag scene on a scale of 1 to 10.
8. There's lots of talent but I would love to see more kings, burlesque and femme performers