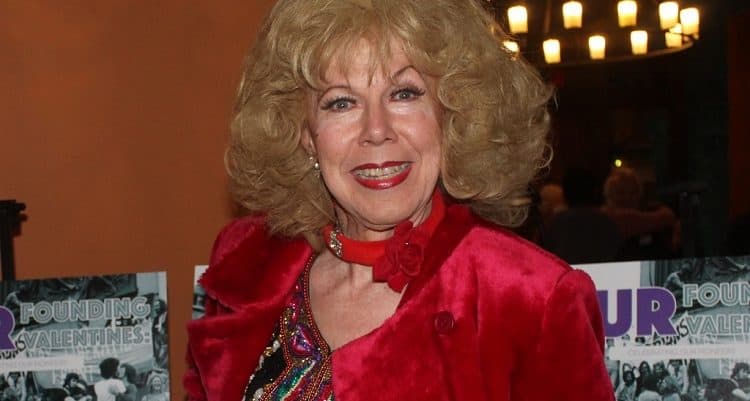 Diamond Lil has been a drag performer in Atlanta since before Stonewall and if you run into her at Pride or the SAGE Center or any number of places around town, she'll be sure to try and sell you her CD of original songs. We check in with her as she talks about taking eight hours to get ready and contemplating retirement.

Where were you born?
The oldest settled city in Georgia: Savannah.

Do you have a day job?
I'm a retired antique dealer.

When/how old were you when you first dressed in drag?
Five years old in Savannah.

When/how old were you when you first performed publicly in drag?
18.

Do you remember the song you did at the first performance?
"Three Letters" by Ruth Brown. I tore up three letters in front of the audience.

What have you learned about yourself as a performer since then?
There comes a time when it's time to hang up your skirts.

Has your being a drag performer had a negative effect on your dating life? If so, how?
When you're as popular as Bette Davis, nobody wants to date you.

Have you ever been harassed or physically assaulted for being a drag performer? If so, what happened?
Walking down the street going to a party in Savannah I was arrested for loitering.

What's the most you ever made in one night performing?
$200

How long does it take you to get dressed and get ready for a performance?
Eight long hours.

What are your favorite places to shop for drag clothes/accessories?
The Lost-N-Found Thrift Store.

If you had to pick one, what would be your all-time favorite song to perform?
My original song “Cabbagetown Katie.”

Rate Atlanta's drag scene on a scale of 1 to 10.
Poor because all the stages have disappeared.

How much longer do you want to be a drag performer?
I'm now considering retirement like Rachel Wells.