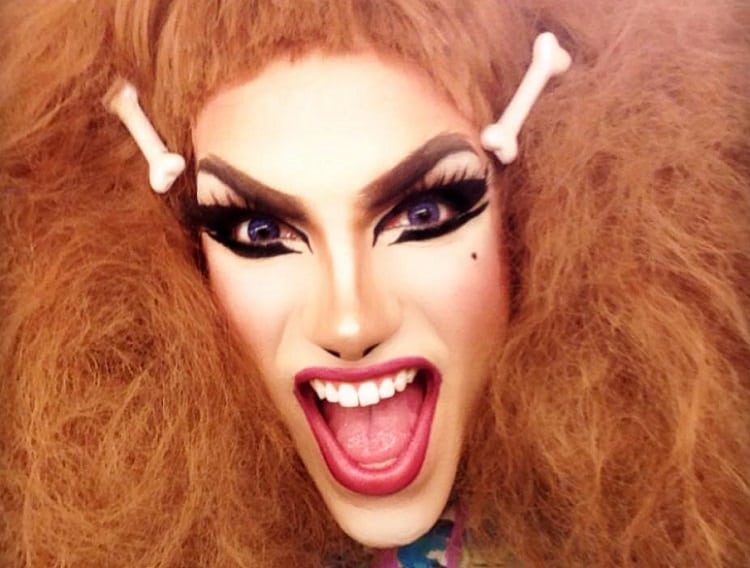 The reigning Best Drag Queen as voted on by Georgia Voice readers is one of the young guns making a lot of noise on the scene. She talks about her first show, how being a drag queen has affected her dating life and how the competition between queens in Atlanta is “vicious.”

Where were you born?
I was born in the great state of Texas!

Do you have a day job?
No! I am a full time entertainer, which I love. Not a lot of people can say they do what they love for a living these days, so I'm very thankful.

How old were you when you first dressed in drag?
I was 18 years old, off to a costume party in what I thought was a Ke$ha illusion that was turning the party [LAUGHS], nope.

How old were you when you first performed publicly in drag?
18 [LAUGHS]. It was after Halloween and I realized, "Oh hey this is fun," so I got myself together for my first performance at LeBuzz for a talent night they were doing.

Do you remember the song you did at the first performance?
So original, “Bad Romance” by Lady Gaga.

What have you learned about yourself as a performer since then?
To set my foundation with powder … oh, and to constantly push myself to be better.

What's the hardest thing about being a drag performer?
The constant competing between the queens in Atlanta, this city is literally vicious. Help is really hard to come by, because no one "wants anyone to be better than them.”

What's your favorite thing about being a drag performer?
Bringing my ideas, and fantasies to life. I get to act, be any character I want to be. All while entertaining, scaring, and/or shocking people!

Has your being a drag performer had a negative effect on your dating life? If so, how?
At first yeah, because there's always this stigma with drag queens in the community among so many others in general. People think we're always divas, or want to be women automatically. It was always annoying. Plus there was always one guy that became obsessed with the idea of me being a drag queen; so then he wanted to try it, and have me put him in drag. Not my cup of tea.

What's the biggest misconception about being a drag performer?
As I said before with the dating thing basically. Also people seem to think drag is cheap … which … it's not. At. All. So don't treat us that way.

Have you ever been harassed or physically assaulted for being a drag performer? If so, what happened?
Fortunately no. I mean, I've been stared at, catcalled, or honked at. But never anything aggressive thankfully.

How long does it take you to get dressed and get ready for a performance?
Usually an hour and a half.

How often do you go clothes/accessory shopping?
I try to go once a week, if not then I'm shopping online.

What are your favorite places to shop for drag clothes/accessories?
I'm not spilling all of that info! I will say though that most of my costumes are made from fabric I go and buy.

If you had to pick one, what would be your all-time favorite song to perform?
“That Laughing Track” by Crookers, hands down.

Rate Atlanta drag scene on a scale of 1 to 10.
7.5. It's one of the drag capitals in this freaking country. I gave it a 7.5, because as good as it is here (no really Atlanta drag is amazing), there's a lot of fine tuning that can be done behind the scenes. Just saying.

How much longer do you want to be a drag performer?
I don't see myself stopping for a very long time.