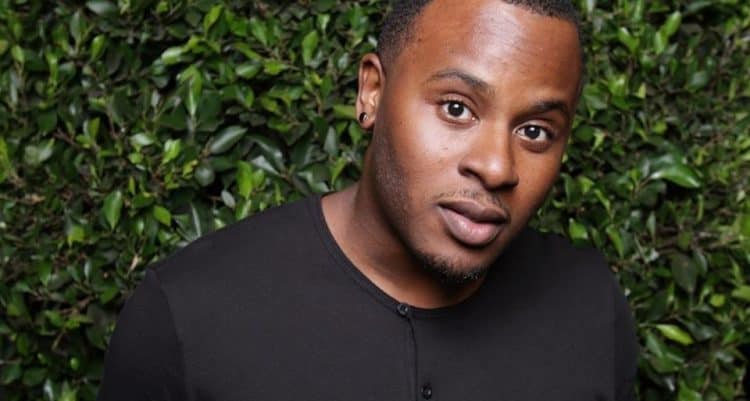 Watch out, Tyler Perry: Anthony Newsome-Bawn has his eye on you.

Newsome-Bawn, who recently relocated to Atlanta from Los Angeles, plans to grow the state capital into the motion picture capital for the LGBT community. The Gainesville, Florida, native became fascinated with the movie industry at a young age, and turned his love into a full-time career. His latest project, “Cheetah in August,” is an Amazon Prime series that chronicles the life of track star August “Cheetah” Chandler. Newsome-Bawn sat down with Georgia Voice this week to share his plans for what the future holds for LGBT media.

What inspired the story behind “Cheetah in August?”

Since meeting [my husband] I have been interested in broadcasting the narrative of being black and gay living in America. “Cheetah in August” is a story of August Chandler growing up in a black religious family as a male trying to understand his identity.

“Cheetah in August” came about via a submission from a college friend, as a movie first. Then after reading it I felt it was too much to cramp within two hours, so I suggested that it become a scripted drama series.

What are your thoughts on LGBT portrayal in the media today?

I feel that the entertainment industry will always attempt to display their version of the LGBT community rather than allows us the opportunity to showcase our own narratives. The proper encouragement can come from the studios allowing knowledge individuals develop relatable stories told from our perspective.

What is it about Atlanta that makes it a good place to expand the motion picture industry for the LGBT community?

The choice to move to Atlanta was in efforts to expand the company and to obtain more funding to produce more original content for our growing network, Bawn Television. The lack of black gay representation in the media is evident and the current LGBT networks are not interested in broadcasting our stories. So hence the development of “Bawn Television.”

Now that you’re in Atlanta, what’s next for Bawn Media?

Since moving here we have commissioned three original series to be filmed in Atlanta. And next we want to open up an office to focus on producing shows for the LGBTQ community.

When you’re not out working, where are some of your favorite places in Atlanta to explore?

I am always working! So if I’m not eating, sleeping or spending time with my husband, I’m working, editing, writing or directing a documentary or series. I love what I do and the enjoyment from this will allow me to leave a legacy of mindful content that the world can always refer to when trying to understand the black gay narrative.