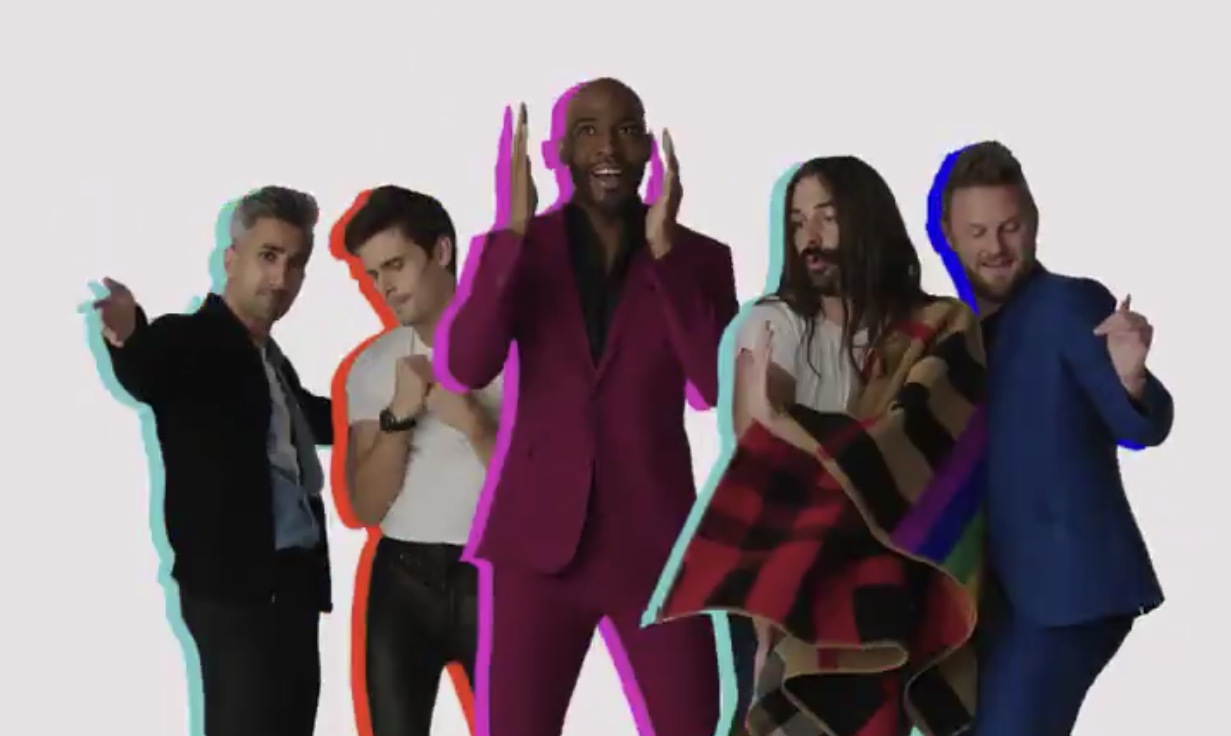 Queer Eye has been renewed for two more seasons by Netflix, with the next season airing just around the corner.

Seasons four and five of the Emmy-winning series were picked up. Season four drop on July 19 and season five will go into production at the end of the month and is expected to air in 2020.

Season four will take the Fab Five to Kansas City, Missouri, while the group will makeover residents of east Philadelphia in season five.

According to a press release from Netflix, both seasons will have Bobby Berk, Karamo Brown, Tan France, Antoni Porowski, and Jonathan Van Ness “bring their infectious brand of self-love, confidence, and encouragement to a whole new roster of heroes.”

In an interview with the Los Angeles Times, Berk talked about the impact Queer Eye has had on the public.

“My favorite stories I’m getting [are] the ministers who will message me and come up to me in public and say, ‘You know, my whole life, I was taught that being gay was a choice and it was wrong and you’re going to hell, and you were evil, and I have also taught that in my church and my congregation,’” he said. “‘And hearing you say on the Mama Tammye episode that you used to cry every Sunday and every single day, begging God not to make you gay, yet you’re still gay, made me realize it wasn’t a choice. And that gay people don’t have a choice and they are born that way. I’ll never preach that hate in my church again.’ So, if one more kid doesn’t jave to grow up like, then… it’s worth it all.”

The news of the renewal comes after the Fab Five appeared in Taylor Swift’s new LGBTQ-friendly music video.