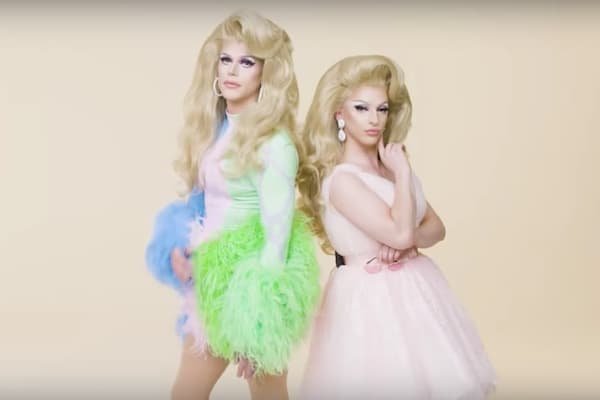 Porowski, 35, admits that he’s only dressed up as a woman twice in his life. Once in middle school for Halloween and the second as Britney Spears when he and the rest of the Fab Five appeared on “Lip-Sync Battle.”

While Miz Cracker transforms Porowski into drag, the pair have an honest discussion about sexuality. Porowski shares that he never came out as gay to his family and friends but instead would simply introduce who he was dating at the time. He also says he identifies as sexually fluid because he has been in love with women and was in a relationship with a woman for six years.

He says “Queer Eye” producers assumed he was gay until he began discussing his past relationships with women on episodes of the show.

“It was just assumed I was gay, even though that was never discussed during the chemistry testing and the whole audition process,” Porowski says.

Porowski is currently dating Trace Lehnoff from Bravo’s “Flipping Out.” The couple met on Instagram. Previously he dated Joey Krietemeyer, a director of creative services at a marketing company, for seven years.

After Porowski’s transformation, Miz Cracker names him Eva Cado, a play on Porowski’s love for avocados.

“My feminine side has always been internal with how I consider myself an emotional person, and to see those stereotypical things come up on the outside in my outward appearance, it feels very naked,” Porowski says about his new look.