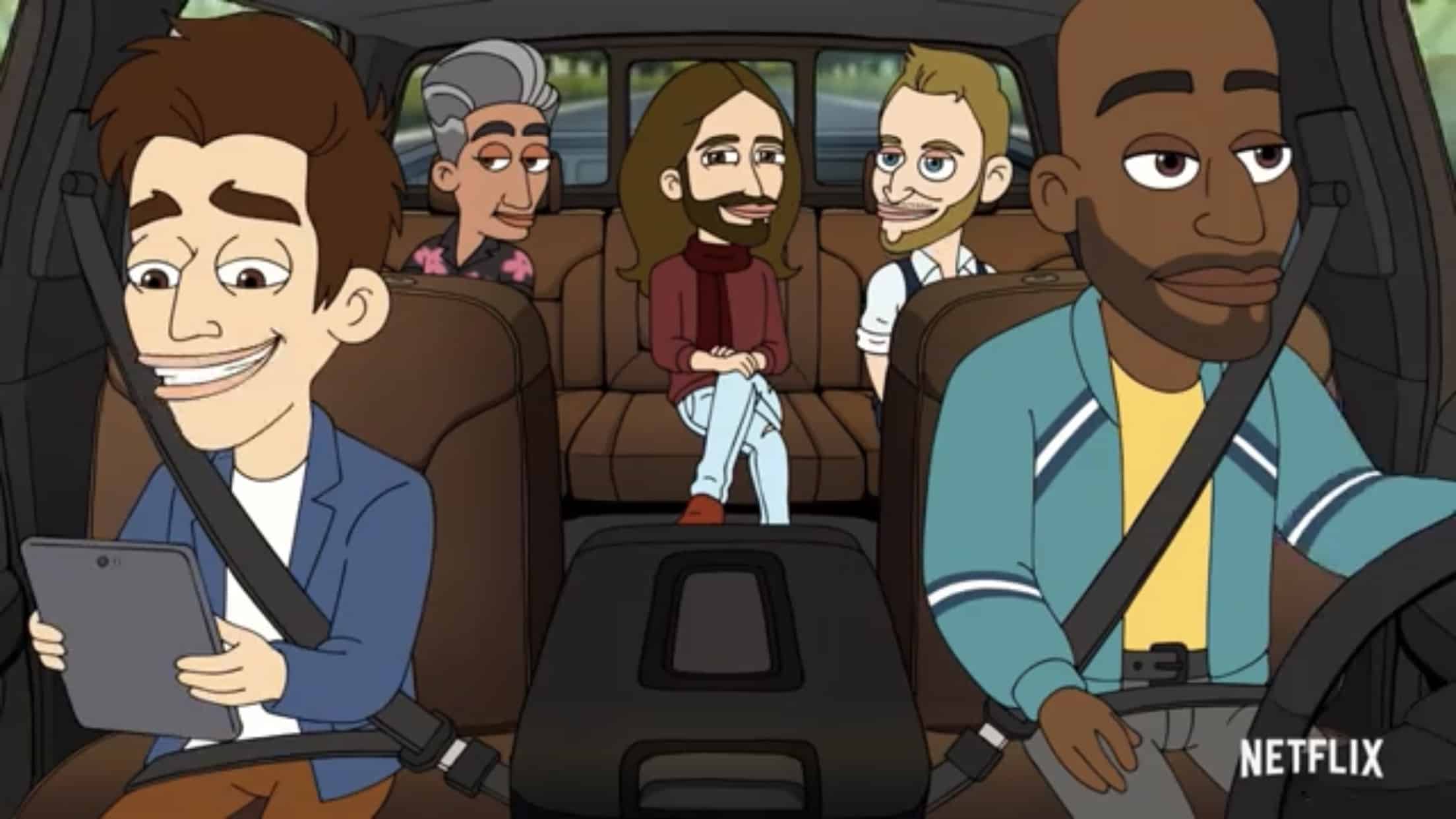 The third season of Netflix’s raunchy puberty comedy Big Mouth will be gayer than seasons past, thanks to an adorable animated cameo from Queer Eye’s Fab Five.

The trailer for the upcoming season closes out with a glimpse of the animated Queer Eye cast in their iconic car, discussing who they’re going to makeover this time around: Coach Steve, played by Nick Kroll. Steve is seen walking cartoon Jonathan Van Ness through his grooming routine, “the brush, cause it’s one brush I use for all my parts – my head, my teeth, my peena, and my asshole!”

“Jesus in my vagina, that poor brush,” replies Van Ness.

The trailer also teases at a character coming out as pansexual, cousin-on-cousin incest, and a broader discussion of toxic masculinity and the objectification of women.

Big Mouth is no stranger to queer representation. Some LGBTQ characters in the show include the school’s resident gossip Matthew, voiced by openly gay actor Andrew Rannells, and the bisexual Jay, voiced by Jason Mantzoukas. The show also touts some queer writers, including Jaboukie Young-White – who performed at last year’s Pride Reception – and Patti Harrison.

You can catch season three of Big Mouth on Netflix starting October 4.