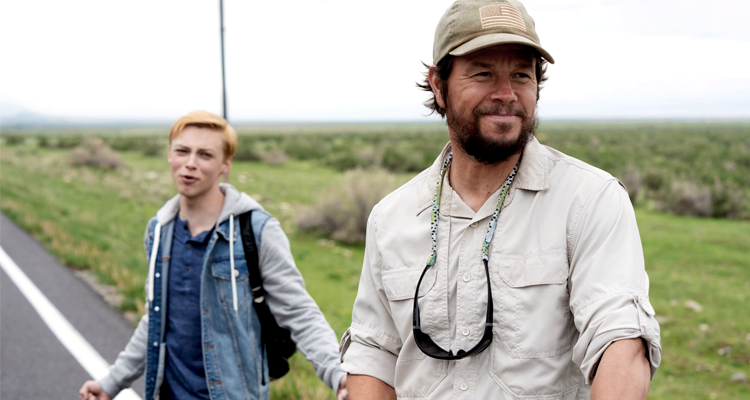 The new film, “Joe Bell,” charts the true story of a working-class father (played by Mark Wahlberg) who begins walking to New York after his gay son Jadin (Reid Miller) takes his own life after being bullied. “Joe Bell” premiered at the 2020 Toronto International Film Festival and opens in theaters this week. It has a screenplay by Larry McMurtry and Diana Ossana, who won an Oscar for “Brokeback Mountain.”

Miller had not heard of the story before he was cast, because it happened when he was very young at the time. “I had heard rumors and whispers about it in my town, but I never did any research,” he said. “Once I got the job, I did a lot of research.”

Miller wore Bell’s clothes, used his iPod, watched home videos of him, and talked to his family to learn everything he could about him. “I knew I needed to do the best job I could of connecting the similarities between the two of us so I could portray him as honestly and authentically as I could,” Miller said. “I had to remember that this was not a character — he was someone who lived and breathed. He was Jadin Bell. It was important to find commonalities.”

The actor greatly admired Jadin for his strength and the fact that he was still kind in the face of adversity. “He was dealing with constant torment, whether it was in person or online,” he said. “It was really bad, and he didn’t talk about it very much. He met everyone who hated him with true love. He was a beautiful soul.”

The father-son relationship is a complex one, one that both Miller and Wahlberg — as well as director Reinaldo Marcus Green — knew they had to portray with nuance. Jadin and Joe loved each other, but Joe thought it was better for him and his family to sweep Jadin’s sexual orientation under the rug. “He ultimately did want what was best for Jadin, but he did not understand that he was not going about it the right way,” Miller said. “After Jadin passed away, Joe realized his role in that. That is why he went on his journey, not just for redemption and forgiveness, but for Jadin — to understand him better. He met all of these people along the way who were complete strangers who were suffering in silence and became good friends with them. They affected each other’s lives and through that he was able to almost develop a better relationship with his son after he had passed.”

Heidi Ewing’s “I Carry You with Me” was scheduled to open last June for Pride month, but got delayed for a year because of the COVID-19 pandemic. After a well-received premiere at Sundance in 2020, it’s now in theaters. It’s a love story between two young men — Ivan (Armando Espitia) and Gerardo (Christian Vazquez) — who meet in provincial Mexico and fall in love. One of the men decides to risk everything and move to New York to pursue his professional dreams. Like “Joe Bell,” it’s based on a true story and is a beautiful, topical film dealing with immigration issues while serving as an epic romance.

“I Carry You with Me” is based on two real people who the director met several years ago in a bar drinking wine and dancing to salsa in the Lower East Side. “They were working in a bar nearby — Ivan was the chef and Gerardo was the bartender,” Ewing recalled. “We became friends over many years. In 2012 they came to Sundance to see a documentary I made called ‘Detropia’ and they told me their real story.”

Ewing was shocked and surprised that she had not asked these questions to the couple initially. “They had come to the United States under very difficult circumstances and had faced a lot of homophobia in provincial Mexico, together and apart,” she said. “I had never heard an immigrant story like this, one that is based on romantic love that ends in New York City with a lot of success in the restaurant business. There was so much about it that I found fresh and different. The fact that they are my friends made it more palpable for me.”

She knew she wasn’t going to be able to shake this story and eventually decided to make it her first narrative feature, although the two subjects appear as themselves at the end.

“I Carry You With Me” is now playing at the Landmark Midtown Cinema.