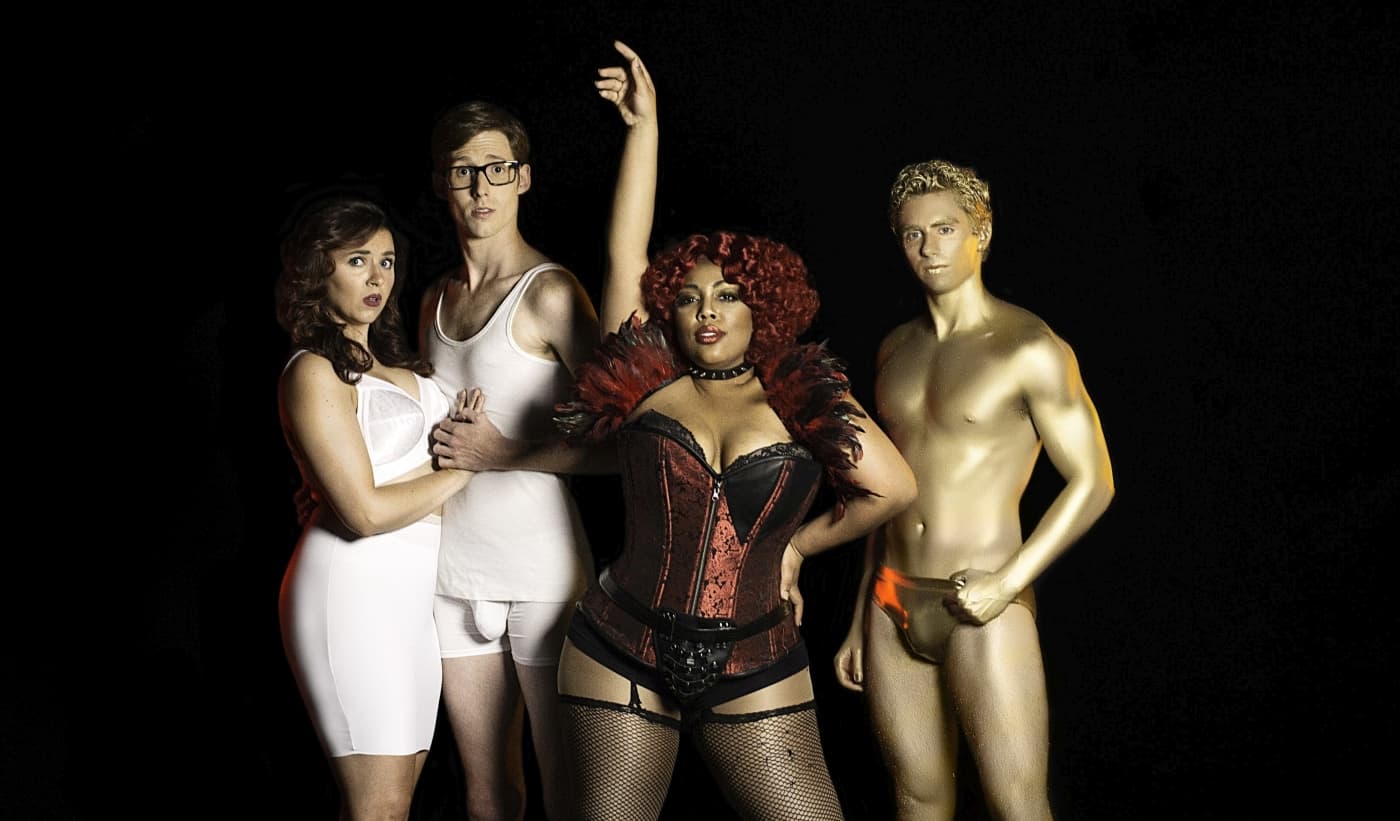 When Out Front Theatre Company kicks off its version of “The Rocky Horror Show” next week, it will use a variety of local drag queens and performers with famous drag personas to play its infamous narrator.

Some of those are Topher Payne as Suzanne Sugarbaker, Tony Kearney – also known as Wild Cherry Sucret – and Joshua Rackcliffe, also known as Bridgette Bidet. The narrators will rotate every night.

When Kearney went to see the company’s “Priscilla, Queen of the Desert” last year, he invited the cast to his show Cherry Bomb.

“I told Paul [Conroy, the company’s artistic director] that if he needed anything to let me know,” he said. “When Paul came up with the idea of having drag queens as narrators, I told him I would help him wrangle drag queens.”

Kearney is only doing one show because he is frequently out of town. Along with the other narrators, he went to a rehearsal recently and sat and watched the entire production, giving him a sense of what the show will be like (unlike the actors, the narrators will be reading from a script). He was impressed with what he saw.

“I’ve only seen the musical a handful of times in my entire life. I am so used to the movie version,” he said. “I watched the musical on television and kind of hated it, but I like this because its gender-bending and Frank ‘N’ Furter is a woman. I like that kind of update.”
Rackcliffe also consulted with Conroy last fall.

“We have continued to support each other and talked about working on some show together,” Rackcliffe said. “He asked me about this and I said definitely.”

His Bidet will be there on opening night.

“We basically have to remember the lines – although the narrators will be reading off a script – and to have a personality,” he said. “I think it will be a lot like my character – irreverent, sassy, sarcastic. I emcee a lot so I’m used to being on the mic. When I’m given exactly what to say, then I am able to have more fun. I can work on the timing, how I want to deliver it. I want to make people smile. When it’s my time to speak I want them to look forward to hearing from me and not be nervous that I am going to mess up something.”

He created Bidet in 2012 when he performed as part of Mary’s drag shows, and kept going with it. He performs all over town now at various clubs. Being persistent and consistent has allowed him to be able to do so.

“Once I got more polished, there was more space for me and the local queens here have been supportive of me,” Rackcliffe said. “I think everyone just wants to be entertained and if you give them that people will be excited.”

The performer has a background in contemporary dance and works with Core Dance. Having that professional experience and discipline as an artist has helped carry him into his drag.

This version of “The Rocky Horror Show” promises plenty of audience participation but is noted as well for having a female lead. Kiana Reese plays Frank ‘N’ Furter here.