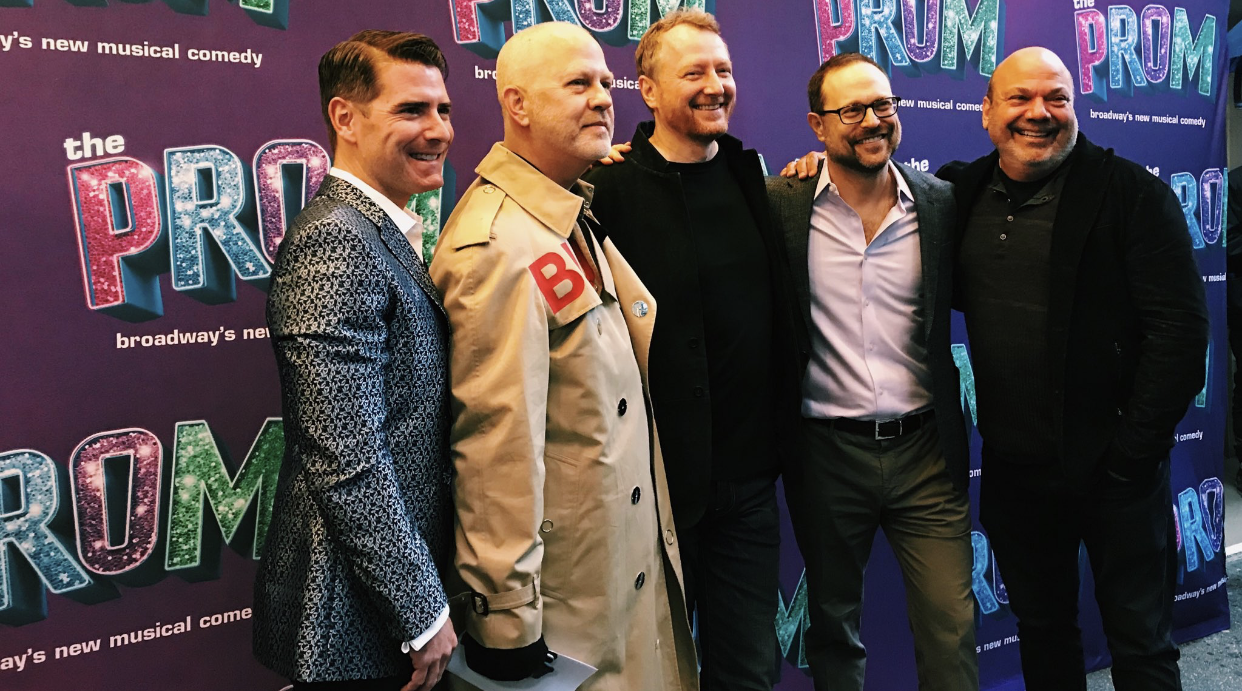 The Prom opened on Broadway in November, making a splash at the Macy’s Thanksgiving Day Parade by including a same-sex kiss in their performance. The play tells the story of a lesbian couple who wants to go to their school’s prom together but aren’t allowed.

The producer of LGBTQ-friendly hits like Glee, American Horror Story, and Pose announced at a charity performance of the show in New York his plans to adapt it to a Netflix film. Funds from the performance went to LGBTQ organization GLAAD, the Trevor Project, and the Hetrick-Martin Institute.

Murphy told the crowd about his own person connection to the show, saying his school also banned him from bringing a boy to his prom.

“I wish this show was around when I was a kid,” he said. “I protested [the rule] by wearing six-inch yellow platform boots.”

He called the show “optimistic and uplifting.”

“I cried at the end from pure joy,” he said, “which has not happened to me since Patti LuPone was the flower girl at my wedding.”

#Repost @mrrpmurphy: “THE PROM is one of the most uplifting, heartfelt and special musicals I have ever seen on Broadway…I'm thrilled to announce I'm turning it into a MOVIE EVENT for Netflix.” #ThePromMusical pic.twitter.com/efMWBo533H

Murphy also made the announcement on Instagram, writing: “[The Prom] is truly an original that celebrates the underdog and says in a loving spectacular way that LGBTQ rights are human rights.”

THE PROM is one of the most uplifting, heartfelt and special musicals I have ever seen on Broadway. It's truly an original that celebrates the underdog and says in a loving spectacular way that LGBTQ rights are human rights. I feel a special connection to it because it's set in Indiana, and that's where I grew up, too. I'm thrilled to announce I'm turning it into a MOVIE EVENT for Netflix, and I'm bringing producers @billdamaschke and @dori.berinstein and the amazing creative team with me — Tony Award winner Casey Nicholaw, Tony Award winner Bob Martin, Tony award nominee @sklarbar73 and Tony Award nominee @Chadbeg. See it first at the Longacre Theatre. It has a musical score that will leave you singing for days, a hilarious and moving book and some of the most showstopping direction, choreography and performances I've ever seen on Broadway. @theprommusical