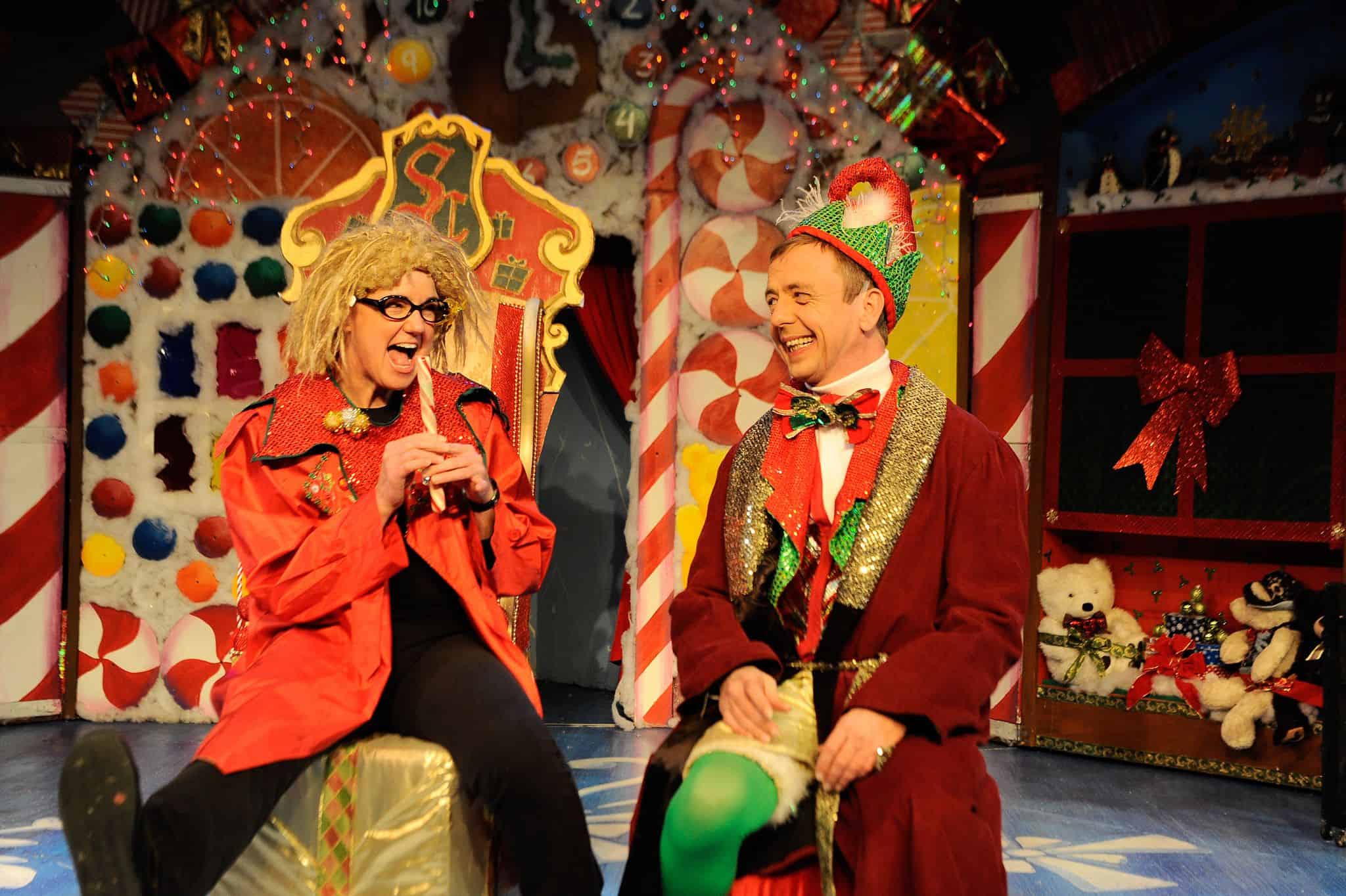 It was never envisioned as a holiday staple, but it’s become one. For a 16th consecutive season, Horizon Theatre is bringing back “The Santaland Diaries” with out actor Harold Leaver.

For those who’ve never seen it, “Diaries” is adapted from out writer David Sedaris’ best-selling book “Holidays on Ice,” made famous when it aired on National Public Radio. It’s a comedy about a snarky gay man who has to become a Macy’s department store elf named Crumpet one holiday season to bring in some money.

Leaver, who has been with the production since it was just a reading, is joined by sidekicks Enoch King (in his ninth year) and recent Suzi Bass award winner Lala Cochran (in her third year).

“The years have gone by so fast,” Leaver laughs.

When the three performers come together alongside director Jeff Adler for rehearsals each fall, they throw out ideas.

“I started a list immediately after the show closed last year of any kind of story that has legs,” says Leaver. “Things are happening right now we are figuring out ways to incorporate, such as the election. It will definitely have some play in the show. What has happened in the past, something has always happened in the world. It helps us out. It’s pretty fun. We are never really hurting for pop culture stuff to incorporate.”

He also promises that this season will feature “more Christmas, more elves” and that it will be “a lot merrier.” It’s also gotten gayer each season, he admits.

Other than negotiating the financials of each season, there haven’t been any diva demands from the actor each year in coming back. He and Horizon have agreed to a year-to-year basis.

“I don’t know if I am going to have as much fun each year,” Leaver admits. “That is one of the wonderful fringe benefits. So far I have been having a really good time. Last year I had as much fun as I’ve ever had. Rehearsals have been a blast—I get a kick out of it.” He has been told by Horizon that they wouldn’t do the show without him.

Taking on the role has meant doing more than learning lines and showing up each night.

“The character of Crumpet has really become the face of Christmas for Little 5 Points,” he says. “It’s very much a part of that. When I participate in their parade, that is always a trip. Dressing up as a Christmas elf at Halloween is just bizarre. He is very well known. It’s just so different to be part of tradition, part of people’s holiday expectations. It has a bit of a cult following. You don’t get that kind of longevity with another show.”

Each year he sees return patrons, some of whom see the show more than once, but there are also new faces each season. Groups of senior centers come to the production, and this scared him initially. “I think they are not going to get it, but they do,” he says. “I think there is something there for every audience. It’s a very sweet, inclusive show I think.”

It also gives him room to improvise. “Usually we do it the way we rehearse, but that does include some freedom for me,” says Leaver. “You never know what you’ll get from an audience. Sometimes you get something back from an audience that is unexpected. I have been lucky to have ad-lib responses for it.”

The theater advertises that the show is not appropriate for children, although Leaver’s nephew began coming when he was eight years old. “He’s been there every single year,” Leaver says.

“There are some jokes that went over his head but he enjoyed it. I have met gays and lesbians that have brought their children. It totally depends on the parent. There is nothing—no nudity, no sex, the language is PG-13 at the worst. I think it’s PG. It’s no worse than what kids are watching on their electronic devices—zombies, flesh being eaten, lots of boobies.”