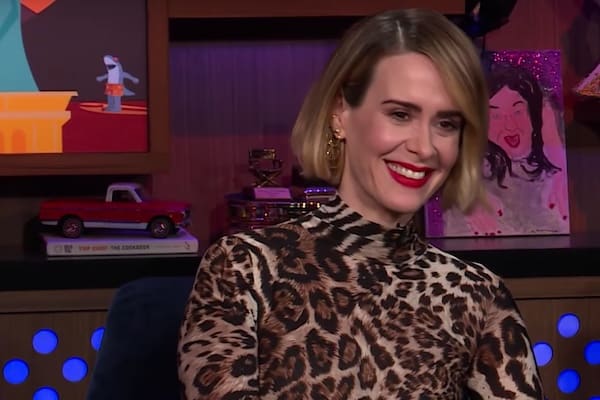 Sarah Paulson and Holland Taylor started the way many modern love stories do— through social media.

Paulson, 44, appeared on “Watch What Happens Live with Andy Cohen” to promote her new film “Glass” along with her “American Horror Story” co-star Billy Eichner. A fan called in and asked if Eichner was single. Eichner says yes but that he doesn’t use Raya, the celebrity dating app, because there aren’t many gay men on there. Eichner jokes that Paulson met her girlfriend of three years Holland Taylor, 76, on Raya. Cohen then asks Paulson how she really did meet Taylor.

“It’s a long story. We met a very, very long time ago. I was with someone else, she was too then. And then there was, like, a Twitter thing that happened,” Paulson says. “We were doing a thing at Martha Plimpton’s house. It was for an organization that she was working with and we were both doing a little PSA for it and breezed by one another and then started following each other on Twitter.”

“She actually did,” Paulson replies.

Paulson has stated before that their 32-year age gap is something she enjoys.

“There’s a poignancy to being with someone older,” Paulson told the New York Times in 2016. “I think there’s a greater appreciation of time and what you have together and what’s important, and it can make the little things seem very small. It puts a kind of sharp light mixed with a sort of diffused light on something. I can’t say it any other way than there’s a poignancy to it, and a heightened sense of time and the value of time.”