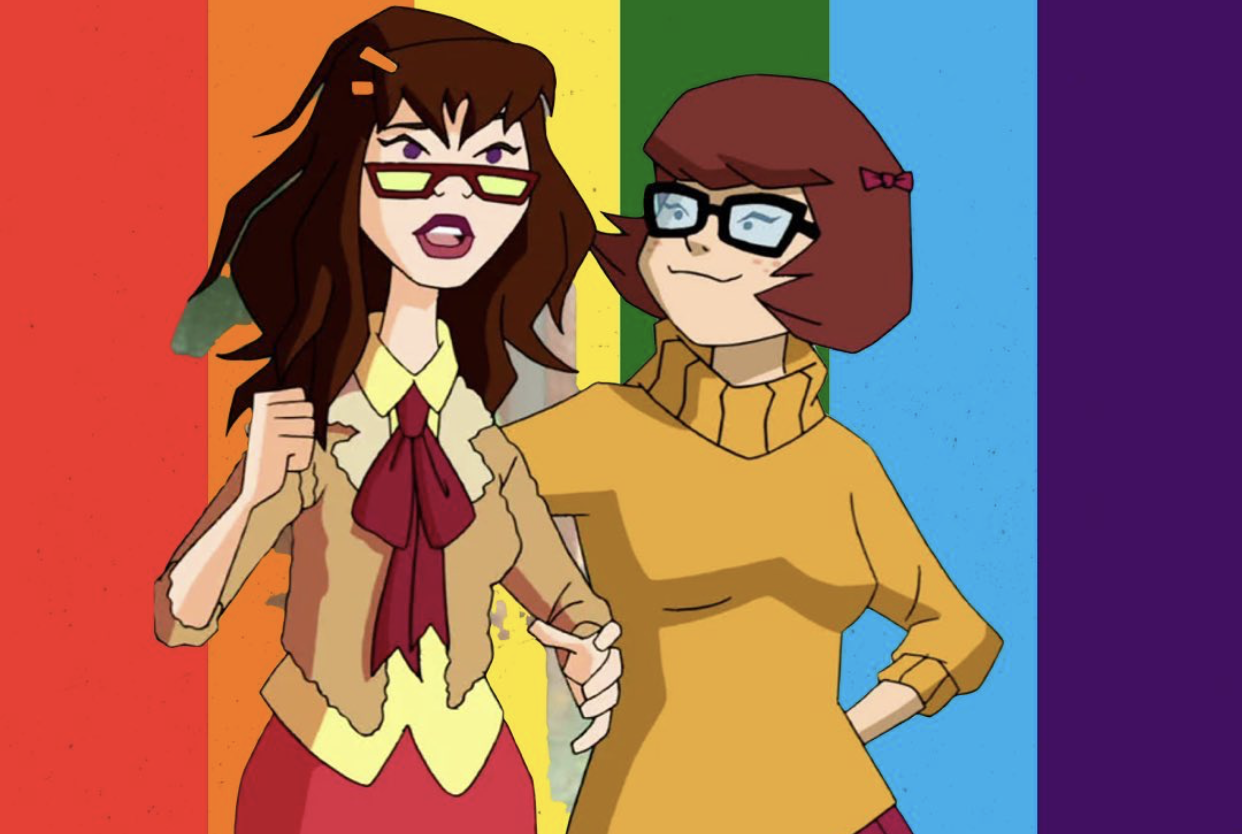 Scooby Doo: Mystery Incorporated producer Tony Cervone confirmed a long-standing theory that the brains of the group, Velma, is a lesbian.

Cervone, who produced the 2010 animated spin off on the 1969 classic Scooby Doo: Where Are You?, shared the news on Instagram via a picture of Velma with a fellow character Marci Fleach against a background of the Pride flag.

Cervone has since turned off the comment feature on the post, but according to Out, he confirmed Velma is a lesbian in response to a commenter who claimed it wasn’t canon because she likes shaggy in the series.

“I’ve said this before, but Velma in Mystery Incorporated is not bi. She’s gay,” he said. “We always planned on Velma acting a little off and out of character while she was dating Shaggy because that relationship was wrong for her, and she had an unspoken difficulty with the why… I don’t think Marcie and Velma had time to act on their feelings during the main timeline, but post reset, they are a couple. You can not like it, but this was our intention.”