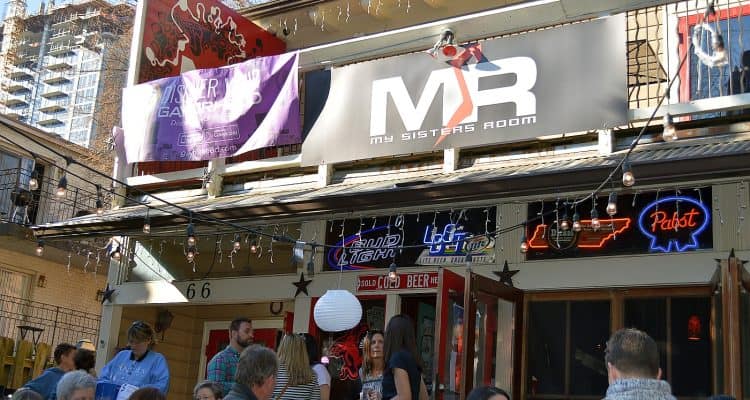 My Sister’s Room reopening just in time for Atlanta Pride

My Sister’s Room is reopening tonight, nearly a month after fire and flooding in the aftermath of Hurricane Irma caused the popular lesbian bar to shut down for renovations. It couldn’t have come at a better time as it’s National Coming Out Day and Atlanta Pride nears. The bar has a full slate of events lined up throughout the weekend.

The trouble started on Sept. 11 after neighbors of the bar alerted owners Jennifer and Jami Maguire that a transformer had caught fire right outside the building.

“The transformer started popping, and it ended up exploding and catching on fire,” Jennifer Maguire told Georgia Voice at the time. “So it knocked the whole entire street of 12th and Crescent out.”

The owners drove down the next day and found water gushing out of the back side of the bar, and the basement of the three-level building completely flooded. The panel breaker boxes in the office area also caught fire, causing the sprinklers to go off.

“It caught our whole office on fire. Thank God those sprinklers went off, because if not, it probably would have burnt the whole damn building down,” Maguire said.

The flooding hit what Maguire called “the brains of the bar,” a 2,000-square-foot space holding the kitchen, office, computers, servers, freezers, walk-in coolers, beer kegs and over $3,000 worth of food, which is now all ruined. They remained without power for at least a week after the incident, with a construction crew using backup generators to repair the damages.

Maguire gave Georgia Voice an update this week, saying they passed inspection with the building inspector and that they were finishing up repairing the electrical. While the bar was closed, it also gave them an opportunity to do some minor renovating to the main and third level, giving it a new look to show off to Pride patrons.

The owners released a joint statement, saying, “We would just like to say that we’re excited that we’re getting to have our re-grand opening night on National Coming Out Day! It’s also an honor to be celebrating 21 years in business and we hope to see everybody for karaoke at 8 p.m. tonight.”