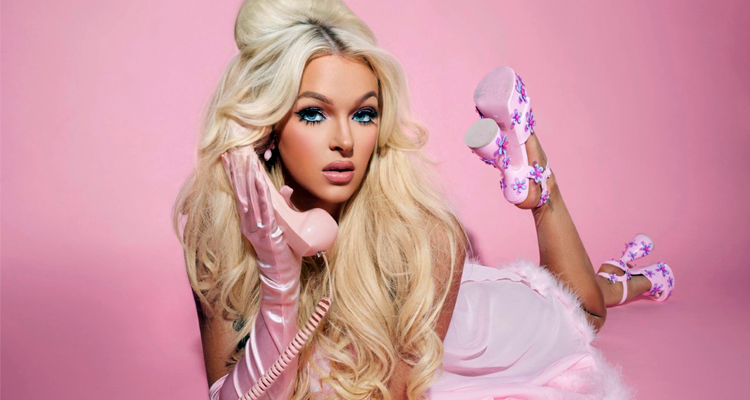 Sophia Dashing to Release New Single That is ‘Saucy, Sassy, and Fierce’

After the success of her last single, “way i,” which has more than 220,000 streams, singer-songwriter Sophia Dashing will release her newest single, “Lonely” on October 7, the day before the young up-and-coming musical artist takes the Atlanta Pride Festival stage for the first time on October 8.

“To be able to dive in deep like that and to perform in front of an audience that’s a community to me, that feels amazing,” Dashing told Georgia Voice.

Dashing, who was supposed to perform at Pride in 2021, has been busy building her music career over the past two years. The singer-songwriter, who is an Atlanta native, has been using her hometown’s music scene as an opportunity to evolve her music and grow her fan base.

“Getting to meet other artists in Atlanta and getting to network here has really helped grow my audience and helped with the evolution [of my music],” Dashing said.

As a bisexual artist, Dashing says that she has used her music as a way of capturing her experiences: “Fans can that expect that from me, always, an authentic experience from me and my sexuality.”

Regarding her upcoming single, “Lonely,” Dashing said it delves into the experience of catching feelings again after being single and the intensity of falling for someone for the first time in a long time.

The singer-songwriter said that she wrote the song based on her own experience with this exact situation.

“I was single for while, so when I did meet someone that kind of sparked my interest, I just wanted to dive in,” she said. “This person just triggered a lot of feelings coming up in me, and this song is a perfect translation of what happened.”

Dashing said the single also touches on themes of self-love and romance and has an upbeat sound.

The artist has released previous singles that focus on self-love and confidence and channel the empowerment of the Divine Feminine. “Lonely” will be a continuation of the singer’s empowering anthems, and Dashing says she is “so excited” for her audience to hear it.

“Self-love is the ultimate message I hope to give to women who listen to my music,” Dashing said, adding that she wants her music to inspire women with the knowledge that good things can come from difficult situations. The singer mentioned that this has stayed a consistent goal in her career so far. One of her first singles, “High Priestess,” dealt with Dashing’s experience of going through a breakup and getting herself through that heartbreak.

With all the growth her career has seen since her first single was released in 2021, Dashing says she’s already planning for her future.

“I really would love to make music that makes people feel good,” she said. “Like when you walk in a club, and you hear my song come on, you’re like ‘Oh my God, we can’t go to the bathroom, we gotta go dance,’ I really just want to make people feel happy and dance and feel good.”

The singer wants to continue to write and release music, be able to perform for fans, and help empower other women and queer artists.

“It’s hard to navigate this industry as a queer artist,” she said. “I really just want to create a community within the industry of queer artists and female artists.”

This community is what makes Dashing feel like her first performance is fate. Her single was already scheduled to be released before she booked the Pride show, and Dashing said she feels like this was an instance of “divine timing.”

Sophia’s new single, “Lonely,” will be available to stream on Spotify and Apple Music on October 7th at midnight. She will be performing at Atlanta Pride on October 8th at 4:30pm on the Gray Television Stage.