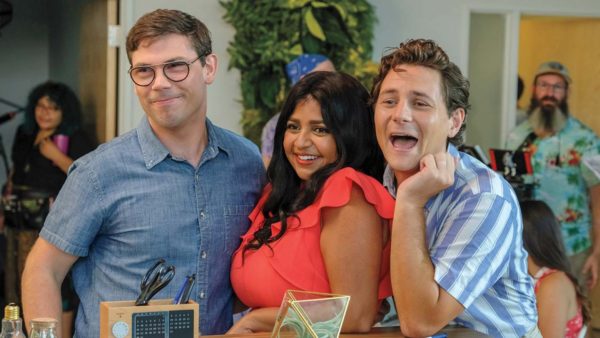 ‘Special’ to Return to Netflix for Second Season

Fans of the short-form Netflix comedy “Special” have an extra reason to rejoice this holiday season – the Emmy-nominated series has been renewed for a second season.

Starring and written by Ryan O’Connell, the semi-autobiographical series, which lists Jim Parsons alongside O’Connell as an executive producer, has gotten the green light for an additional season of eight episodes, according to the Hollywood Reporter.

Based on O’Connell’s memoir, “I’m Special: And Other Lies We Tell Ourselves,” it follows a young gay man living with cerebral palsy as he attempts to live – and date – in Los Angeles, and has been  praised for its depiction of people with disabilities, as well as for its sometimes intimate portrayal of gay life – such as a candid scene in which O’Connell’s character loses his virginity to a sex worker played by Brian Jordan Alvarez (“Will and Grace”).

Speaking to the Advocate on the release of the show’s first season, O’Connell said that part of his intention with the show was to destigmatize sex workers – whom he said “do an incredible service” – and gay sex in general.

“I don’t know why people are still afraid of gay sex,” he told the magazine. “I don’t know why gay sex can’t be shown for what it is, which is, awkward, funny, sexy, embarrassing — sometimes all at the same time, within two minutes.”

The show’s creator and star has previously said that sticking to a 15-minute format has been “frustrating,” but there’s no word yet about whether the show will expand to a longer running time. “Special” received four Emmy nominations in short form categories – O’Connell and co-stars Jessica Hecht and Punam Patel for acting, and the show itself for Best Comedy or Drama Series.

Hecht and Punam will return for the second season, but other details – such as possible extension of episode length or a premier date – have yet to be released.