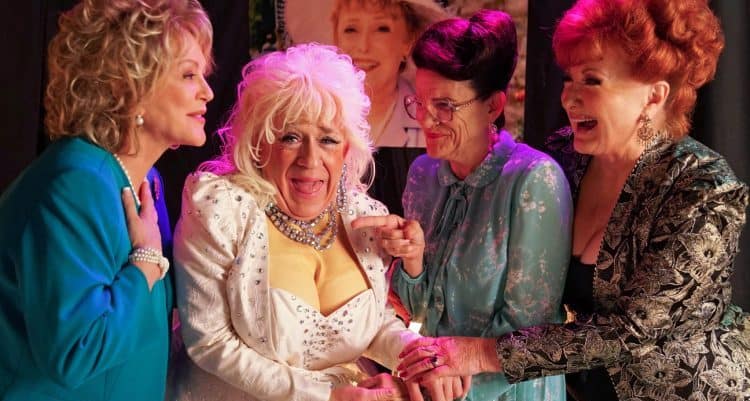 Summer is rarely the time for character studies, intimate dramas or daring storylines – especially for the major studios. The summer of 2017 looks to be no exception, with scant LGBT fare but sequels galore and lots of superheroes. Unofficially, the summer season for films got underway a month or so ago, with “Wonder Woman” already kicking some box-office butt and “Alien: Covenant” (with its so-called gay content mostly reserved for a prologue not even in the movie) landing with a thud. Ironically, the most anticipated LGBT-themed movie of the summer may have been released 30 years ago.

Debuting way back in 1987, Merchant Ivory’s “Maurice” is a bona-fide gay classic. It has been restored for an anniversary release, opening in Atlanta this weekend. Based on the E.M. Forster novel, it’s about two male English lads – Clive (Hugh Grant) and Maurice (James Wilby) – who fall in love until Clive decides to marry a woman. It’s a beautiful film – and the opportunity to see it on the big screen should not be missed.

Out actress Kate McKinnon joins the likes of Scarlett Johansson, Zoe Kravitz and more in the raunchy comedy “Rough Night,” in which five best friends from college gather a decade later for a bachelorette weekend in Miami that leaves a male stripper dead. Gay actor Colton Haynes also stars. Reviews have been all over the map, so proceed with caution.

Del Shore’s “A Very Sordid Wedding’ is the long-awaited sequel to his gay cult classic “Sordid Lives” from 2000. Most of the original cast returns for this go-around, including Bonnie Bedelia, Leslie Jordan and Ann Walker, with some new faces too, such as Caroline Rhea and Whoopi Goldberg. It comes to town via Out On Film for a special two-day engagement.

In the star-studded “Do You Take This Man,” friends and family gather at the house of two grooms (Anthony Rapp and Jonathan Bennett) as they prepare to tie the knot. Yet the stress of the day, the return of a long-lost friend and some secrets that surface threaten to ruin the wedding. It can be a little talky, but it’s ultimately quite effective. In a terrific ensemble, Alyson Hannigan (“Buffy the Vampire Slayer”) is particularly strong as Rapp’s divorced sister. Whether or not it comes to town via a theatrical release remains to be seen, but it will be available via VOD.

“Strong Island,” which made its debut at this year’s Sundance Film Festival and took the U.S. Documentary Special Jury Award for Storytelling, is a highly acclaimed work by trans filmmaker Yance Ford. In the (very personal) film, he looks at the violent murder of his own brother as well as the judicial system, which allows the killer to keep his freedom.

Another powerful documentary to look out for this summer is Sabaah Folayan’s “Whose Streets?” The film examines the Ferguson uprising and how St. Louis activists and queer leaders cried out for justice – and turned into freedom fighters – on behalf of 18-year-old Michael Brown, who was unarmed when killed by police. It was nominated for the Grand Jury Prize for Best Documentary at Sundance.

It doesn’t appear to have any LGBT content, but one of the prestige projects of the season is “The Beguiled,” which won Sofia Coppola a directing award at the recent Cannes Film Festival. In it, a wounded Civil War soldier is taken in at a girl’s school in Virginia. The women inside have been sheltered, for the most part, from the outside world. Sexual tension ensues as do some surprising twists. The cast alone – Nicole Kidman, Kirsten Dunst, Elle Fanning, and Colin Farrell – make it required viewing.

LGBT fare probably won’t appear either in the Marvel reboot of “Spider-Man: Homecoming,” which has a new Peter Parker in actor Tom Holland and the likes of Chris Evans (as Captain America) and Robert Downey, Jr. (as Iron Man) in the cast as well. But it was filmed in the ATL, and LGBT comic book fans are all abuzz.

“Do You Take This Man”
In limited theaters July 7 and on VOD/DVD July 11
www.landmarktheatres.com