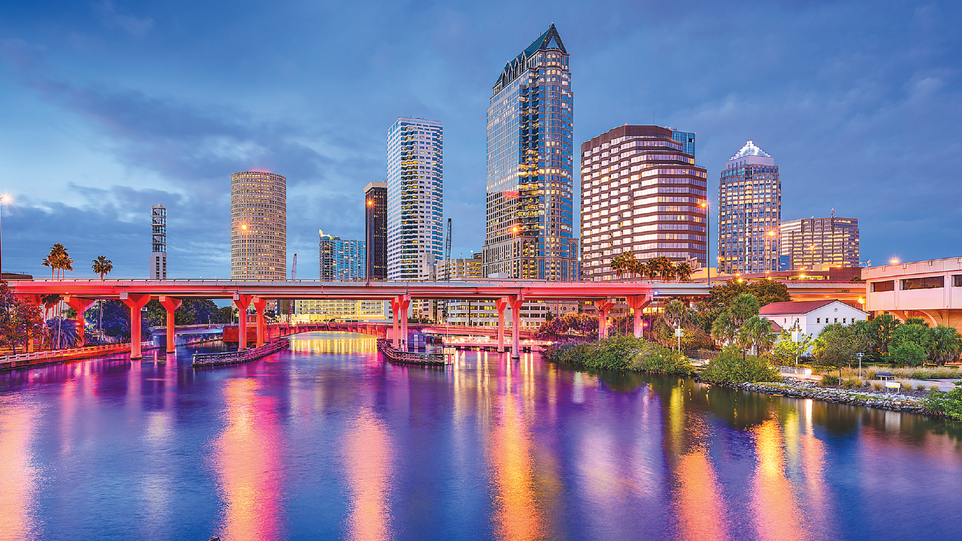 Take a Bite of the Big Guava

Elizabeth Hazzard
Culture
October 25, 2018
I grew up in Florida and have never lost my Tampa.


If you’re not quite ready to welcome the freezing temperatures of winter then Tampa, Florida could be a great travel option for you! Naturally, as part of the sunshine state, the warm temperatures are definitely a part of the main attraction but beyond that, the historic neighborhood of Ybor City unveils the rich Cuban history of the city, a history that can be found all over Tampa from the diners that serve authentic Cuban food to the large J.C. Newman Cuban cigar factory that puffs in the background. If you’re looking to emerge yourself in a place that still exudes the very fabrics of its founding in 1885, a city that’s warm in both climate and culture, look no further than Tampa’s  Ybor City.
El Reloj
Raised in Ybor City as a young child, there are two places that stuck with me about the place. The first of these is the big cigar factory on the corner of East Columbus Drive and 16th street. The cigar smoke billows out of its red-brick chimney and its clock chimes high in the factory’s six-story clock tower — earning it the nickname “El Reloj,” which means “the watch” in Spanish. And it still stands today, remaining as the only cigar factory left in Ybor. As Ybor was founded by Cuban and Spanish cigar-factory workers during the 20th century, this factory captures the essence of the hard-working immigrants who embedded their lives here. One can take a detailed tour of this factory while in Ybor and experience the craft of a company that has been around since 1895; a company that produces quality Cuban cigars that are sold in over 80 countries around the world.
Westshore
For those who prefer a more modern, less antique approach to the city of Tampa and for those who love to shop there is Westshore Plaza. Opened in 1967, it was Tampa’s first enclosed mall. Now, it boasts over 100 retail stores including Macy’s, Old Navy, Ann Taylor, JCPenney, Hot Topic, and New Balance. This plaza has something for everyone, whether you’re a fashionista or just want to get your grub on, this shopping oasis that sits among the palm trees is definitely the spot.
Other Attractions
As Tampa has so much to offer, the list of great places to visit does not stop there. There’s the Florida Aquarium and Lowry Park Zoo for animal-lovers, Busch Gardens amusement park and Adventure Island water park, for the thrill-seekers, several museums all around the city for those who are interested in the arts, and histories of the city. And for those traveling around the city, Tampa offers the TECO Line streetcar; a trolley system that connects from Downtown Tampa to the Ybor City and Channel districts. This vintage yellow trolley allows for a quick ride throughout all of the wonderful stops in Tampa.
Tampa Pride
Last, but certainly not least, the city hosts its Tampa Pride Diversity Parade in the historic Ybor City area, referred to during this event as the GaYBOR district. This event celebrates and welcomes the LGBTQ community, as the city opens its arms to diversity. Although this event takes place in March, it is definitely a testament to the fact that this city — full of Cuban/Spanish history and varying places of entertainment and food full of rich, vibrant diversity — holds room for even more.
Whether winter or any other season, travels here will prove to be more than just travels, they will be experiences.