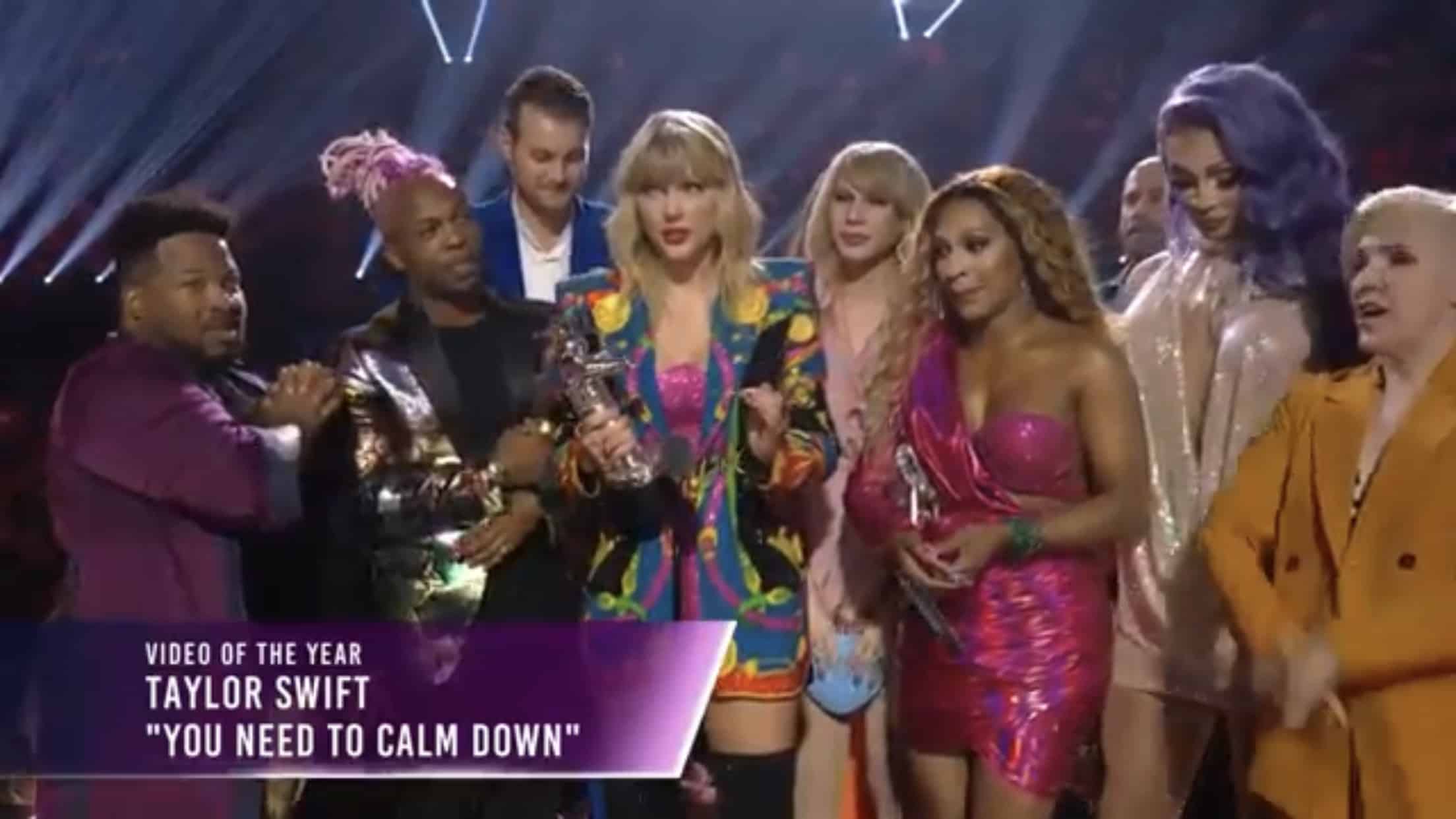 Taylor Swift called out the Trump administration for ignoring her petition to get the Equality Act passed while accepting an award at the Video Music Awards (VMAs) on Monday (August 26), according to Mashable.

When Swift accepted the award for the fan-voted Video of the Year for her pro-LGBTQ music video for her song “You Need to Calm Down” at the awards ceremony, she got political with a message to the Trump administration.

“At the end of this video there was a petition, and there still is a petition, for the Equality Act, which basically just says we all deserve equal rights under the law,” Swift said in her acceptance speech. “And I want to thank everyone who signed the petition because it now has over half a million signatures – which is five times the amount that it would need to warrant a response from the White House.”

She then glanced at and exaggeratedly tapped an imaginary watch on her wrist, signifying her waiting for a response from the White House.

Taylor Swift got political during her 2019 MTV #VMAs acceptance speech for video of the year to call out the Trump administration's current lack of acknowledgment of the Equality Act petition for LGBTQ rights.https://t.co/Kd3otERFMG pic.twitter.com/LPSZxFMAEq

The pop singer was referring to the policy that petitions posted on petitions.whitehouse.gov that gather over 100,000 signatures within 30 days will earn an official response from the White House. However, the policy does not apply to Change.org petitions, where Swift hosted her petition.

Her video for “You Need to Calm Down” also picked up the Video for Good Award. Swift handed the mic over to Todrick Hall, the co-executive producer of the video to whom she accredits her support of the LGBTQ community, to accept the award.

Swift also performed the song at the ceremony alongside the drag queens who performed in the video – something she only agreed to do if the largely queer cast of the video also received trophies engraved with their names for the two wins, according to an Instagram story from drag queen Trinity K Bone’t.

“I just want y’all to know that Taylor Swift made sure that each and every one of us gets two Moonmen for the awards she won tonight,” she said. “[Taylor said] that she would not perform unless we got awards too. So, I’m going to have two Moonmen in my house with my name on it for Video of the Year at the fucking VMAs!”