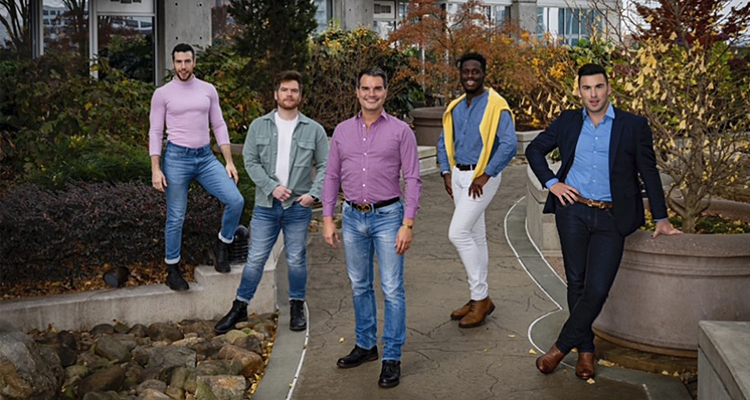 In November 2021, Georgia Voice introduced a brand-new podcast geared toward gay men, called The Gayly Dose. Now, more than a year later, The Gayly Dose is closing out a successful first season and anticipating a new and improved second.

For the original three cast members — Helmut Domagalski, Zack Schnyder, and Dante Rhodes — season one served the purpose of educating themselves, expanding their perspectives, and setting the show’s foundation.

“It was an eye-opening experience,” Rhodes told Georgia Voice. “I lived my entire life seeing the world from one lens, from one angle. This podcast forced us to have conversations with people we normally wouldn’t have interacted with.”

“As cis gay men, there was a lot about the community that we hadn’t learned about,” Schnyder added. “So, when I went into this, I knew there was going to be a lot of learning, but I didn’t realize it was going to be so impactful for me. I really enjoyed getting to learn about other people’s experiences and realizing the kind of privilege I have as a white, cisgender man.”

The cast plans to culminate all they learned with the first season into a bigger and better second season. Season two shifts further from education and more toward entertainment while still focusing on expanding the show to include more LGBTQ perspectives.

Two of the biggest changes to The Gayly Dose are Jake Jonez and Daniel Martini, the new permanent cast members. Jonez is a “super spicy” YouTuber and content creator who plans to bring “humor and that classic gay sass” into the mix. Martini is a real estate agent who hails from rural America. He identifies as more politically centrist than the other cast members, so he plans to “bring a perspective that kind of disrupts that echo chamber that could happen.”

Along with new permanent cast members, The Gayly Dose will also be getting a Dash of Lesbian. In six of the season’s episodes, the cast will be joined by Clay Clay, Tiana Clay, and Kathryn Krueger as they discuss relationship topics like dating, breaking up, and long-term relationships in the hope of expanding gay men’s knowledge of the lesbian community.

“There has been a lot of beef between lesbians and gays historically,” Domagalski said, “so some of it is to teach our gay men the beauty of lesbians.”

While the podcast will still cater to an audience primarily of gay men, the cast believes in using their privilege — and educating others with privilege — to create unity among the entire LGBTQ community.

“We want to use our platform in the correct way being the people who have the most privilege out of the five letters,” Rhodes said, “so I think this is our opportunity to do exactly what we said we want to do and provide a better view of what this community is and use our platform responsibly.”

“We’re really trying to reach out to the LGBTQ community; it’s not just about gay men anymore,” Schnyder added. “I identify as bisexual, one of the cast members identifies as queer, we have friends of The Gayly Dose that are trans. We want to reflect the community that we’re part of.”

Along with some new faces, season two brings new content as well. Episodes will feature new short-form segments: Queerent Events, in which the cast will discuss what’s going on politically and pop culturally in Atlanta and beyond; Human HeartOn, a spotlight on somebody of value in the community; Dr. Dose, an opportunity for the cast to give advice to listeners; Gays at Play, where the cast will have fun by playing games; and Double Click, which will go a level deeper on topics like self-growth, health, and habits.

Some episodes will also be entirely focused on painting intimate human portraits by deep diving on specific members of the community. While there will still be guests, they will be shifting toward more cast-only episodes to highlight each cast member’s individual personality.

Season two launches on January 4 with an episode on mental health. While upcoming guests haven’t yet been announced, listeners can expect the cast to discuss topics like sex work, cultural appropriation, addiction, and Pride outside America.