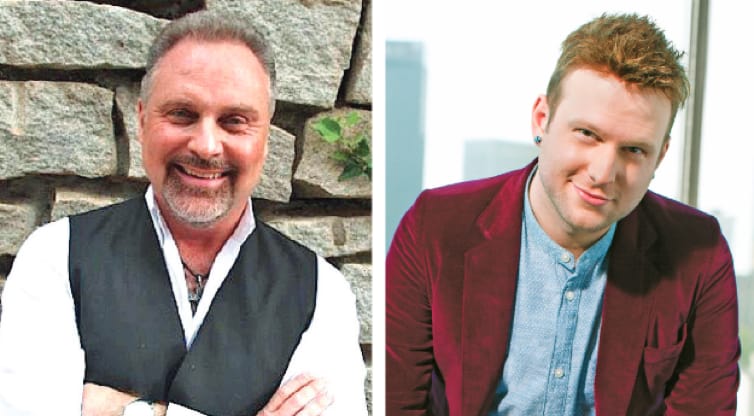 Five years later: The Swilleys on family, coming out and inclusive LGBT ministries

In October 2010, megachurch pastor Bishop Jim Swilley stood in front of his “Church in the Now” congregation and told them that he was gay. His secret was known by his wife, Debye, when they married. In the end, she was the catalyst that brought him out of the closet when she realized that as long as she stayed married to him, he’d never really be the gay man that God created him to be. She divorced him to free him and then he came out to his family and his congregation. Georgia Voice was among the first to tell the Swilleys’ story.

The fallout was unavoidable. The church suffered a mass exodus and was forced to downsize. After Jim suffered some stress-related health issues, Debye prompted him to examine his heart again to do what made him happy. In July 2014 they closed Church in the Now. The Swilleys and their sons, also church employees, started over on their own paths. We recently caught up with Jim, Debye and son Judah (from our original interview), to see what they’re up to.

Judah is a fifth generation preacher at The Movement, a congregation that meets at a downtown coffee house. He is set to appear on the Oxygen network show, “Preachers of Atlanta,” on Feb. 3. The show follows Judah and four other Atlanta pastors and provides a close-up look at their personal and professional interactions.

“The last five years has been an evolution,” said Judah. “It’s grown me. Going through my parents’ divorce, my dad’s coming out and the loss of our church—those challenges made me who I am today.”

“I realize that not everyone is connected spiritually,” he said. “I really want to create community. The goal of “The Movement” is to reach people and connect them with others that are chasing after God and chasing after love.”

After the church closed and Debye lost her job there, she was devastated. “It was all I had done for 20 years. Going through that loss forced me to find my own identity.” She also found freedom in her faith. “The changes over the last few years have allowed me to be more open and honest about my personal views and not withhold about the universal way that I think and believe.”

Does she go to traditional church now? “I do not. Purposefully. For over 20 years, I was in every service and in the (church) office every day. I just needed the freedom not to have to be anywhere on any Sunday or any Wednesday night. I need the freedom to worship in my own way, in my own time. It’s been awesome.”

When it comes to regrets, she has none. “If your life is built in love, then you never regret. Love never fails. And those that are a part of your journey are going to be blessed. It’s been an awesome ride.”

Love and ministry in the now

“Midtown is where I live, that’s where I have energy. I thought the year I came out was the happiest of my life. But honestly, this last year was the happiest. It’s not a reflection of my past family life,” he said.

“Being married as yourself, preaching as yourself and living your life as yourself is infinitely better than doing those things as someone else.”

“When I married Debye, I thought the rapture was going to take place in the next couple of weeks. There was no reason for me to come out. Clearly, my theology has evolved.” he laughs. “Part of evolving is parting with illusions. Jesus said that the Kingdom of God is like someone who brings treasure out of their house, both old and new. I love that imagery. There are certain things about my Christian upbringing that I’m never going to abandon. That’s what I know. That’s my ground zero. There are also new ideas that I do not see as contradictory to the Christian message.”

Like Debye, Jim also has no regrets. “Dr. Seuss said, ‘don’t cry that it’s over, smile that it happened.’ I don’t regret anything,” he said. “I met a great man and I love what I do. I have an abundant life.”