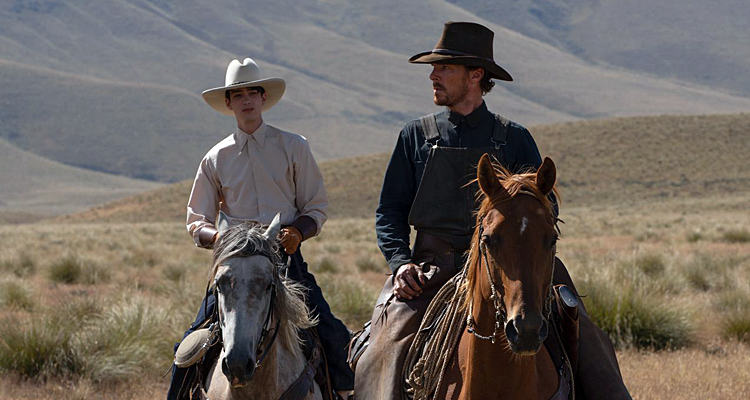 The Power of the Dog / Publicity photo

The Year in LGBTQ Film

Audiences hoping for a mainstream LGBTQ feature film in theaters this season will have to hold their breaths until 2022, when Billy Eichner’s romantic comedy, “BROS” hits, starring a who’s who of out performers. As is often the case, LGBTQ films were plentiful this year, but mostly as independent productions.

“The Power of the Dog” might be the highest-profile LGBTQ-themed film of the year. It opened in theaters before streaming on Netflix in early December. Directed by Jane Campion (“The Piano”) and based on the Thomas Savage novel, it’s a western starring Benedict Cumberbatch as Phil, a rancher who mocks a widowed woman (Kirsten Dunst) and her son (Kodi Smit-McPhee), only to have them both enter his life via a marriage proposal by his brother (Jesse Plemons). Cumberbatch’s Phil is indeed a badass who keeps his emotions veiled, as well as his sexuality. He’s very memorable, but I wish the script had given him a few more layers. For my money, the best performances are from Dunst and Smit-McPhee. “The Power of the Dog” is a slow-burn, leisurely paced film that has a humdinger of a finale, one that really stays with you and makes you reevaluate what came before.

Another Netflix success is “tick, tick…BOOM!” It’s the directorial debut of “Hamilton” creator Lin-Manuel Miranda. It’s based on the stage musical by Jonathan Larson about an artist in New York questioning his decision to stay in an industry where he might never succeed or make money. Andrew Garfield’s charismatic performance as Larson propelled this, full of energetic musical numbers, including one with a buffet of Broadway talent. The main character’s gay best friend Michael is played by Robin de Jesus, who is dealing with an HIV diagnosis. This is one of the best films of the year.

Directed by Jonas Poher Rasmussen, “Flee” is a flat-out masterpiece. It tells the story of a man who — about to get married to his boyfriend — decides to share a secret about his past and his family that he has kept hidden for 20 years. A sensation at Sundance, it has the real possibility of being nominated for a Best Animated Feature, Best Documentary and Best International Film Academy Award. It opens in January in Atlanta, as does “Parallel Mothers,” the new film by legendary, out Pedro Almodovar, one of our finest directors. It’s a bit on the melodramatic side, but Almodovar never cheats his characters or their emotions. They are all fully dimensioned here. A lesbian angle develops fairly late in the film.

The year was full of other quality smaller features. For pure entertainment, nothing beat “Everybody’s Talking About Jamie,” the film version of the stage musical about a teenager (Max Harwood) who wants to be a drag queen. “Language Lessons” was a film not many saw, but they should have. In it, Natalie Morales plays a young woman who gives Spanish lessons via Zoom to a gay man (Mark Duplass). The two become unlikely friends. “Language Lessons” features a charismatic performance by Morales, who also directs.

Two of the most talked-about films of the year featured out actresses. Ariana DeBose starred in “The Prom” in 2020 and this season played Anita in Steven Spielberg’s “West Side Story.” In a film full of memorable performances (Ansel Elgort excluded) she really makes a dazzling impression, while Kristen Stewart found herself the role of her career in “Spencer,” headlining as Princess Diana. She’s the current favorite for a Best Actress Oscar.

An unexpected LGBTQ entry came in “The Mitchells vs. The Machines,” a clever and enthralling animated film in which the main character, a daughter going off to college, is queer.

Other films of note with queer or queerish themes include “My Name is Pauli Murray,” “Benedetta,” “No Ordinary Man,” “Titane,” “Summer of 85,” “No Straight Lines: The Rise of Queer Comics,” “Swan Song” (with a career-best performance by Udo Kier), “Shiva Baby,” “Joe Bell,” “The Novice,” and “Mayor Pete.”

Here are my overall favorite films of 2021: