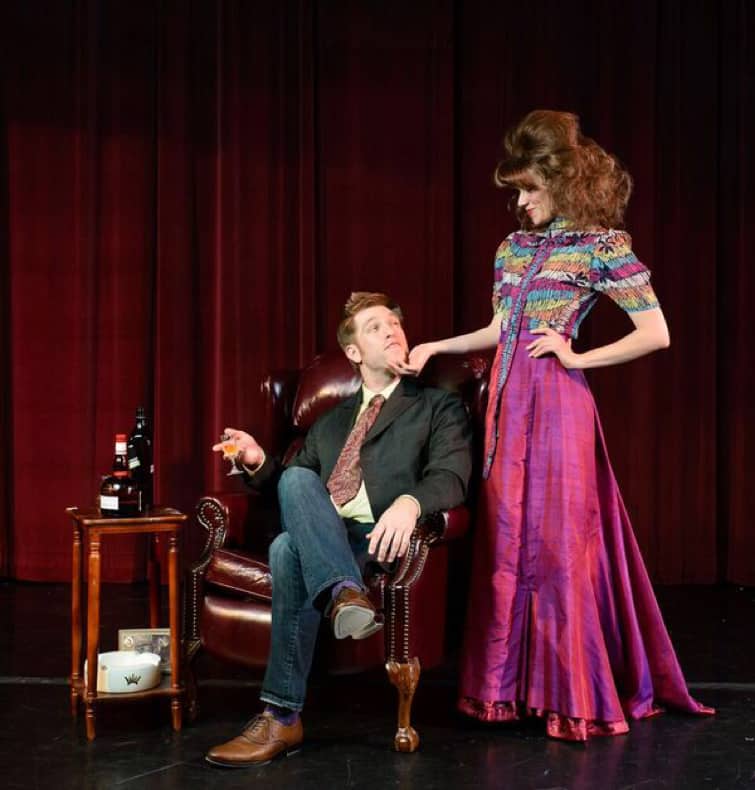 It debuted almost 125 years ago, yet it still gets produced at theaters around the world. The farce, “Charley’s Aunt,” written by Brandon Thomas, opens this week at Georgia Ensemble Theatre. In it, a pair of Oxford friends pursue two women and—through a comedy of errors—one (played by Hugh Adams) eventually has to don a skirt, bloomers and a wig and pretend to be a wealthy relative from Brazil. It’s directed by out artist David Crowe, who has turned into one of the busiest and most dependable directors working these days. We caught up with Crowe just before the show opened.

Georgia Voice: How did this gig come up?

It’s one of those plays, it has a reputation. It’s been around forever. Every community theater has done it and every college has done it. It’s a chestnut everyone has heard of. I read it and I loved it. It’s a really interesting, funny play. I cannot believe it was written in (the 1890s). I was in a production of it when I was young but I remember nothing about it. I was high school age.

You have some heavyweights in the cast—Joanna Daniel, Joe Sykes, Rachel Garner and Hugh Adams.

I have to say I have a great cast here. Every single time I go into a rehearsal room I am really glad to be there.

Tell us about your relationship with Georgia Ensemble Theatre.

(Georgia Ensemble Theatre artistic director) Bob Farley had seen a production of “Equus” at Actor’s Express that I directed and asked if I would do a production of “The Elephant Man.” Without hesitation I said yes. He is a smart man and has been a mentor, kind of a father to me, and has helped me fine-tune my skills as a director. He and his wife Anita have been generous in offering me the chance to direct other plays. If it weren’t for them I would not be directing at all this season.

Most people wouldn’t associate me with this, because the shows I have been most successful in working on have been period dramas, such as “The Elephant Man” and “Equus.” Even “The Judas Kiss” (the Actor’s Express drama about Oscar Wilde) is kind of a costume period piece. “Charley’s Aunt” is big and broad, with people running around, chase scenes and a man in a dress. People don’t associate me with that but I love stuff like that.

What can an LGBT audience get from “Charley’s Aunt?”

The first one is that there’s nothing funnier than a man in drag. There’s something subversive, silly and funny. If you like to laugh you’ll enjoy it. Beyond that, it’s about people willing to break society’s rules in order to get the love they desire, to be with the people they want to be with. That appeals to everybody.

We don’t look at cross-dressing the same way we used to.

We don’t, but this is definitely all about the laughs, the gag of it. It’s not disrespectful at all. It’s about this straight man and what he learns about himself.