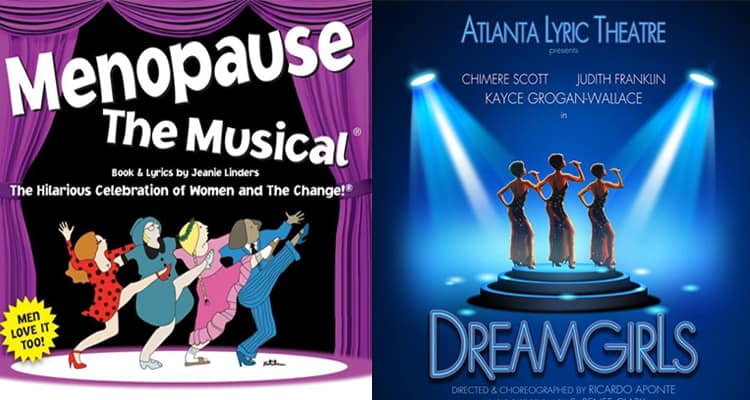 Theater: The leading ladies of ‘Dreamgirls,’ ‘Menopause: The Musical’

Two local actresses are about to headline two drastically different musicals, both of which have found supportive LGBT crowds. Out actress Ingrid Cole has performed in “Menopause The Musical” – the 2001 vehicle about four women who bond over stories about hot flashes and “the change” – more times than any other in her professional career and is returning this weekend, while Kayce Grogan-Wallace stars as Effie in Atlanta Lyric Theatre’s version of “Dreamgirls,” opening next weekend. We caught up with both performers to find out what makes these roles so special to them.

Georgia Voice: So, how many times have you been in “Menopause” Ingrid?

I started it in 2005, and between all the touring I have done, I am guessing over 2000 performances. There were times when I would do the show seven days a week, three straight years in Atlanta. I have toured all over the United States, almost every state.

How do you keep it fresh?

That is my job! It is a pleasure to have it, but it can be a new city every night, or a new audience. You’re going to get different reactions. It’s great to make thousands of women laugh. Usually we sweat and cry about menopause and with this, you are celebrating it.

Tell me about your character, Earth Mother.

She is very cool, a trippy woman from the ’60s. She is the nurturer of the group. People come up after and say they know her!

What is the appeal?

‘All you have to do is dream’

Georgia Voice: Kayce, Effie is so iconic. Who is she to you?

Effie is extremely determined. I don’t believe she has had much success with relationships and with business. She has had a lot of success with her music, though. That is where she holds power.

Have you ever met original “Dreamgirls” star Jennifer Holiday?

I have met her twice. One time was when I was eight or nine, singing for the United Negro College Fund. I was able to go up to her room and I was in awe. A couple of years back she was at a high school performance of “Dreamgirls.” I was a mess, a ridiculous fan.

Why is this show so relevant in the LGBT community?

People connect to the theme, the story. It’s about acceptance. In the show, it doesn’t matter that Iam bigger, that I sing the way I do, look the way I do. That is a theme that people in the gay community have to deal with every day. In our lives, what really matters is whether you accept yourself.