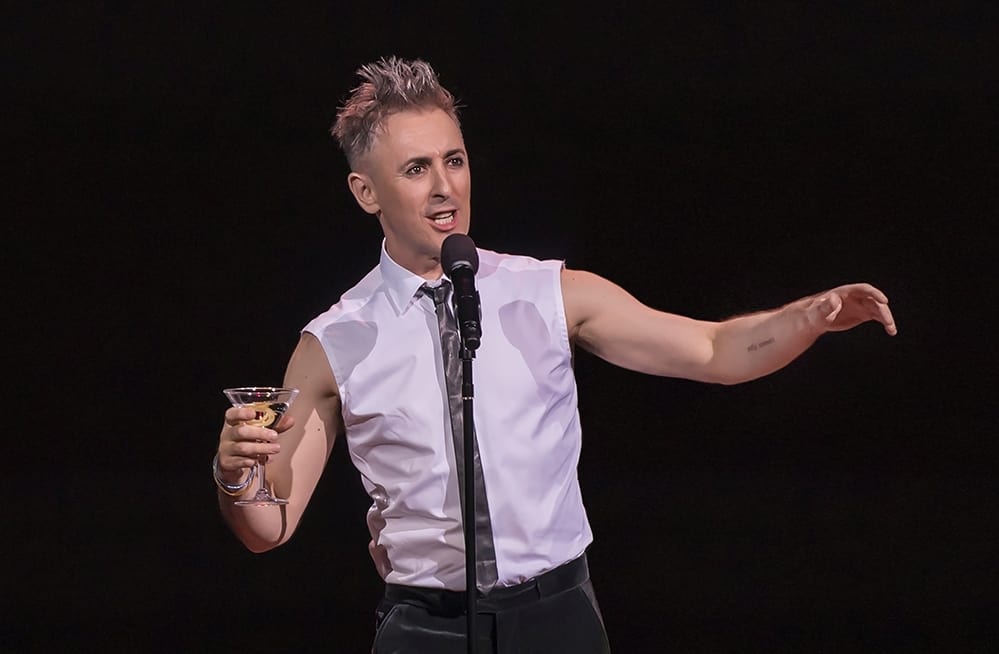 It’s the most personal work he has ever done. When he was putting it together, it took him a long time to finalize his song list.

“It was all songs I wanted to sing or that people said I should sing,” he told Georgia Voice. “I said if I am going to do a show like this I want to make the stakes higher. There are some things that have happened in my life that I didn’t want to ignore.”

The setlist includes everything from Annie Lennox to Rufus Wainwright to numbers from his Tony Award-winning run in “Cabaret” as well as – in one memorable bit – his own indelible take on “The Ladies Who Lunch,” from Stephen Sondheim’s “Company,” made immortal by the late Elaine Stritch.

“All the songs have this emotional connection,” he said. “I love them all. That is why I named it ‘Sappy Songs.’”

The cabaret underwent some subtle changes since its 2015 run. It’s a bit more streamlined and finely honed, he said, but there are no radical changes.

“I really like to engage the audience,” he said.

“It’s a very queer show,” he said. “I am vocal and I am glad that I am I am lucky enough to have a platform.”

“I do go back and forth,” he said. “I think it’s important to be eclectic, but I do have an intense connection with a show like this.”