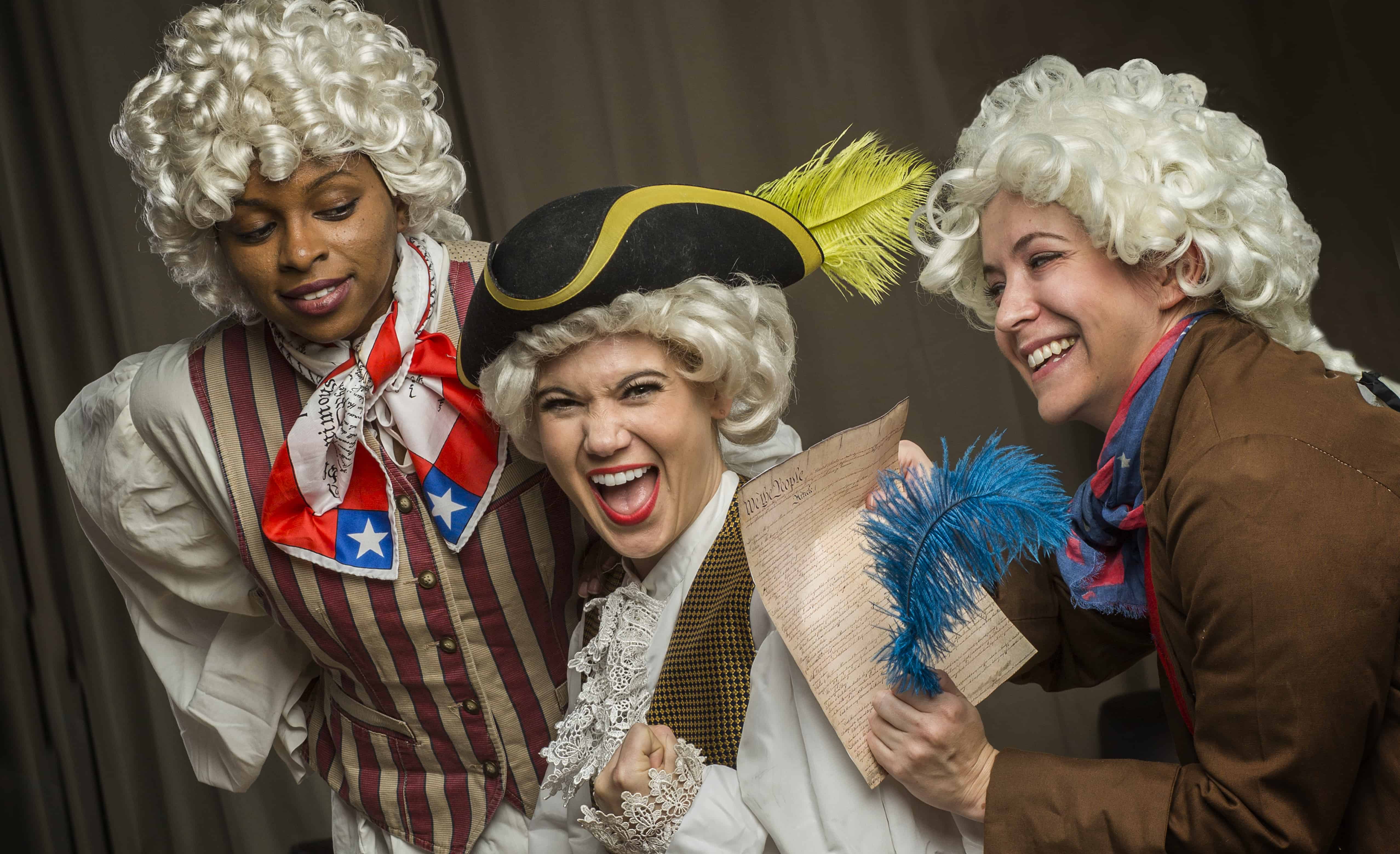 Conservatives and Liberals Get A Shaming in “The Taming”

She used to be known just as an Atlanta-area writer but now she has the distinction of being the most produced playwright in the nation. The work of Lauren Gunderson is almost everywhere these days and Synchronicity is staging an early show of hers, the political satire “The Taming.”

The show brings together a liberal blogger, a conservative senatorial staffer, and … a beauty queen. Each character is based in part on characters from Shakespeare’s “The Taming of the Shrew.” Patricia (like “Shrew’s” Petruchio) is a Republican aid to a prominent senator Katherine (like “Shrew’s” Kate), a Miss Georgia beauty queen with a degree in Constitutional Law, and Bianca (like ‘Shrew’s” Bianca), a super lefty social media liberal activist hell-bent on taking down Patricia’s senator. They all are locked in a hotel room together which causes them to change considerably, says the playwright.

Gunderson wrote the play when Barack Obama was still in office. “It was an outpouring from my dual frustrations with Shakespeare’s ‘Shrew’ and the partisan obstructionist gridlock in Congress,” she says. “I took the battle-of-the-sexes elements of ‘Shrew’ and the heated politics of Congress and wrote an all-female political farce that roasts pretty much everyone from all across the political spectrum. This show has just as many jokes about liberals as it does about conservatives. The point is to show that we’re all exhibiting biases that freeze meaningful conversation and ideas that could help our nation into its best future.”

She is known for her strong and independent female characters. “Women are multi-dimensional. They’re only flat and boring in stories told by — well — men who don’t care about women or men who lack depth of imagination. I’m writing what I know and see all around me: powerful, strange, hilarious, athletic, complex women that fit perfectly as protagonists or love interests or villains or all of the above. We’ve gotten used to simplified female characters after centuries of being told that the male journey is the universal journey, but I think half of the human population would beg to differ.”

As that Atlanta is still Gunderson’s home turf, every show is something of a homecoming. “It means everything to have plays come to Atlanta

and be met with such support and love. Growing up in Atlanta theater helped me know myself as a young playwright and gave me my first productions and encouragement.” The playwright still writes a lot about the South.

“The Taming” is directed by Suehyla El-Attar, also an actress and playwright who was close friends with Gunderson when the playwright still lived here. The opportunity to direct a show by Gunderson at Synchronicity, which celebrates stories for women, was an opportunity she knew she had to take.

Gunderson originally started this script in 2010 and then it was commissioned in 2013. “But the overall story and message is timeless and appropriate,” says El-Attar. “It’s so topical — when people see the show, people are going to have the ability to register to vote and be reminded of important elections.”

As part of her preparation, El-Attar and Gunderson talked and the director suggested a few spots for an update. “Her shows all have strong wit, are really funny, and have whip-smart characters with very clear wants and desires. I wanted to know (exactly) what she intended with it, so I could do my job as a director and interpret it.”