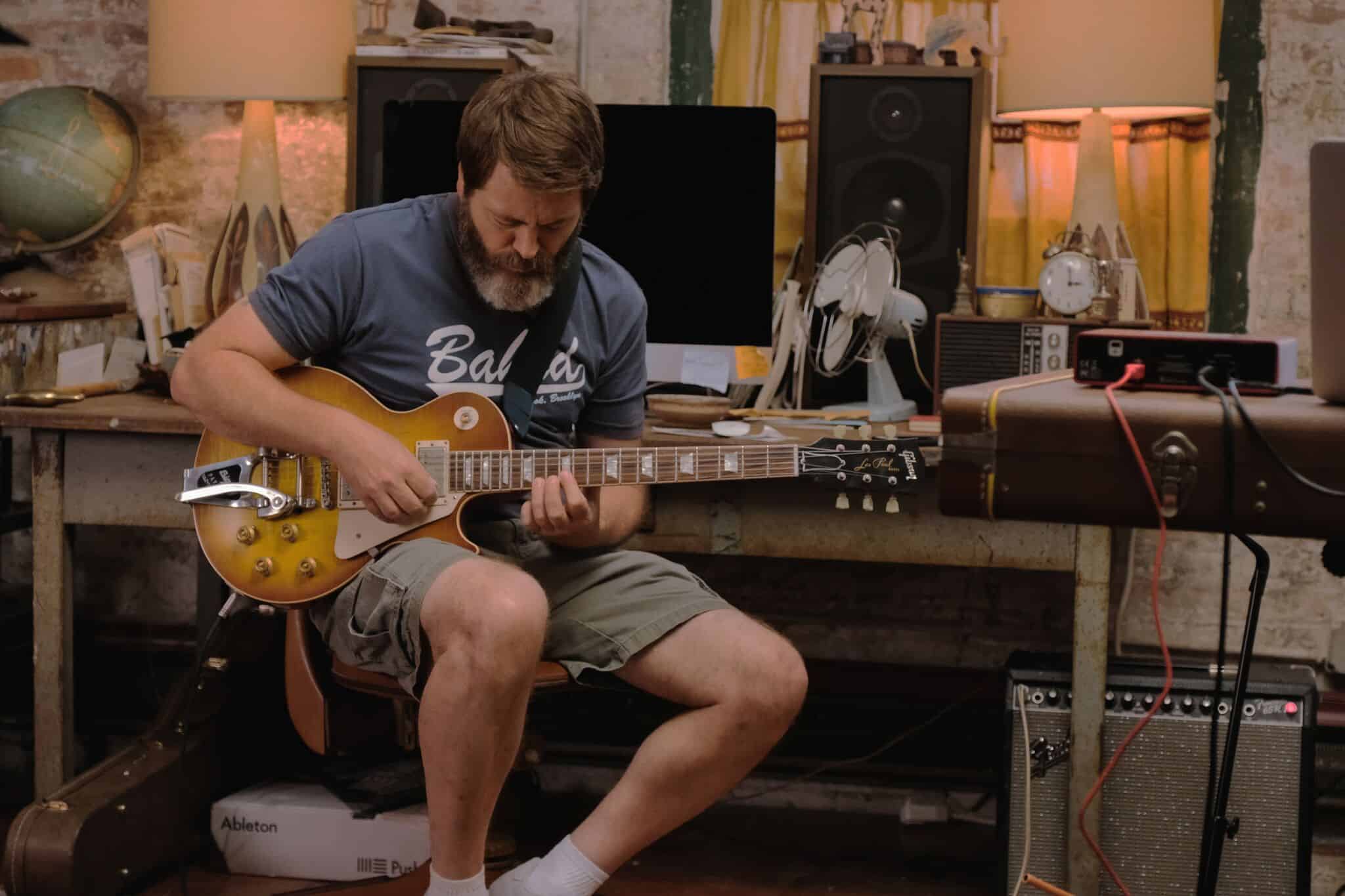 “Hearts Beat Loud” misses the plot in the best way

With only a handful of feature films behind him, Brett Haley has become a director known for his warmth and compassion toward his characters. His new “Hearts Beat Loud” – complete with a terrific lesbian relationship — is no exception.

In the film, opening in Atlanta this weekend, Nick Offerman stars as Frank Fisher, who owns a record store that’s perilously close to shutting down. His daughter Sam (Kiersey Clemons), who lost her mother at a young age, is about to go off to college and has started to date Rose (Sasha Lane). Frank’s dream has been for him and Sam to be in a band together one day and they unexpectedly become a songwriting duo before Sam heads off to college.

Lane came out recently and joins Clemons as two out, prominent women of color in the industry. Both Haley and Clemons were at the recent Atlanta Film Festival to screen the film. Haley admits he has made it a point as a director to focus on character.

“I think I am character over plot,” he admits. “Plot is pointless a lot of the time. It’s really about what your characters are doing, how they are feeling and what is going on with them, and how you make the audience care about them. You want to like them or understand or see their struggles.”

One thing that drew Clemons to the role is the convincing father-daughter bond. “Sam is in this place where, once you get to the age she’s at, you don’t blame your parents for how you are, but you look at your childhood and parents and see how they had an effect on you,” she says. “Her dad is going through the same thing. She is about to leave him and go off to college. He is in that same headspace. He has leaned on her a lot more than he thinks he has. They have raised each other. They are a great reflection of each other.”

Haley feels the two women — the older Rose, who is an artist and living in a grey area, and Sam, younger yet more stable and structured — balance each other out. “Kiersey and Sasha, their performances are so genuine,” he says. “I think people love their story. They are so connected. It’s not an issue, a plot point. It’s not meant to be. It just is. There is power in that.”

The relationship is presented matter of factly. Refreshingly, Frank doesn’t make a big deal out of the daughter’s girlfriend. “In general, we are moving into a world where sexuality and gender and race need to be less of a concern to people,” says Haley. “We should not have a concern about what someone does in their bedroom as long as it’s consensual and safe. We should not have concern about what color someone’s skin color is, what gender they identify as. It doesn’t harm anybody. It’s such an issue in this country – and in the world for so long. We are all different and weird and screwed up.”

To make Sam’s sexuality something that would separate her from her father would be ridiculous, says Clemons. “Their whole life has been this way,” she says. “I’ve read YouTube comments (about the father and daughter) that say, ‘This doesn’t make sense. She’s black and he’s white.’ And I say, ‘That’s insulting.’ Are you saying my own life is ridiculous?”