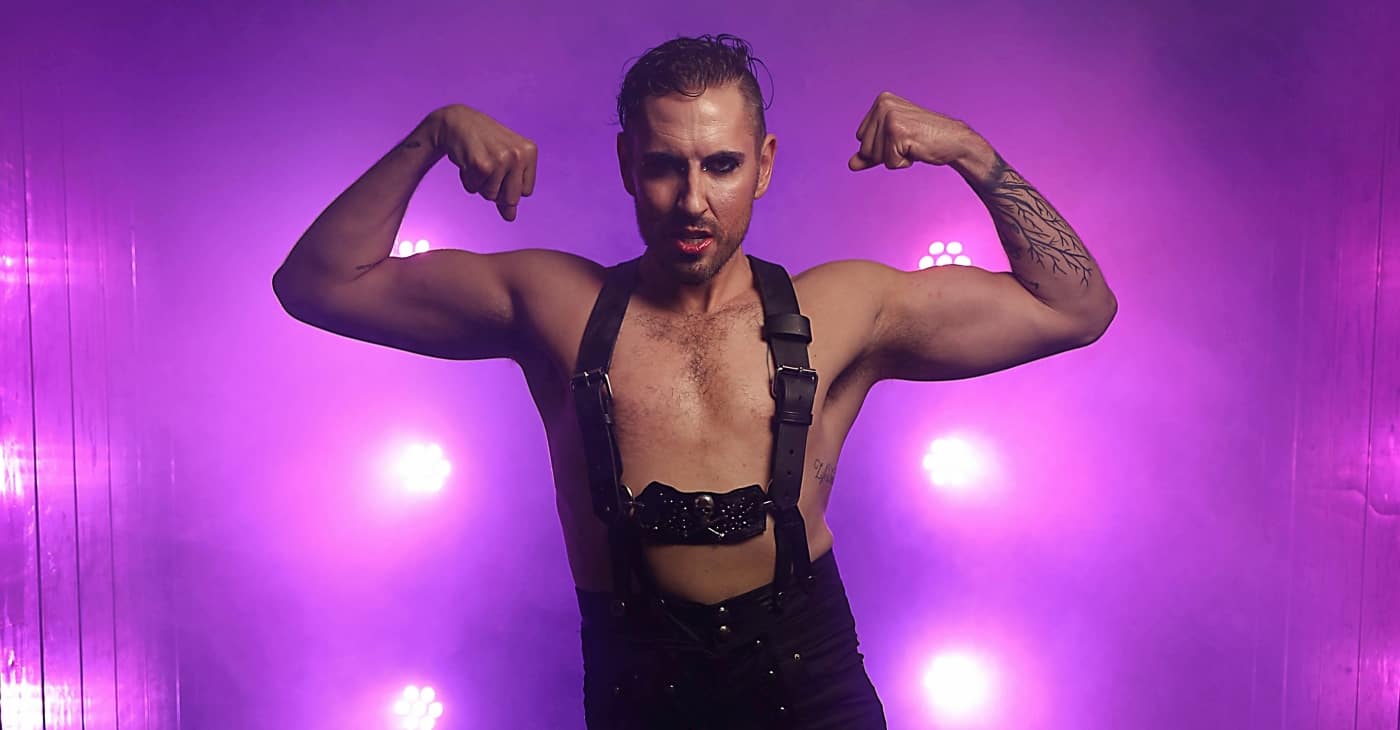 As he was putting together Serenbe Playhouse’s 2017 season, Artistic Director Brian Clowdus locked in one show that led the way for all others: the iconic gay-themed “Cabaret.” Serenbe’s outdoor version of the classic just opened.

“I knew I wanted to do something that fit the theme of rebelling and for me, this is the perfect story of rebellion,” he said. “What I love about it, when people are in times of dire need and stress, they came to the Kit Kat Club as a coping mechanism.”

For this production, Clowdus is wearing more than one hat. Not only is he directing this version, but he stars as The Emcee, the role made famous by Joel Grey in an Oscar-winning role.

“I am wearing multiple hats,” Clowdus said. “Ryan Oliveti is my associate director and he and I are tag-teaming. I have a long history with the show and this is my fourth time doing The Emcee. It’s in me, in my body. It was something that felt really right. I had a very specific vision of what I wanted to tell. The Emcee is such a unique character in that he is the controller and director of the Kit Kat Club. This is the perfect instance – it made sense to do both. It’s been wonderful doing both, and having my team around has made it seamless.”

Playing such an iconic character may be a challenge, but the trick is to make it your own, he said.

“You always have to acknowledge what has been done in the past, but you know me – I am going to put my stamp on it,” Clowdus said. “The Emcee is everything we wish we could do, but society tells us we cannot do. He is overtly sexual, he is emotional. He feels things deeply. He finds joys in things. In the moment of the demise around him, he is always helpful and in control of his life.”

“Having that script to work off of is amazing, but our version is ours,” Clowdus said. “In that version, the club was seedy, broken down, but we’ve created a club that is based on the characters’ imagination. Our Kit Kat Club is very colorful, opulent and fun. I want people to enter as an escape, thinking that nothing is wrong – until it is.”

Clowdus feels that the show could not be more relevant.

“Great theater is here not just to entertain, but to remind us of what is awful,” he said. “Not just the story of what has happened in the last hundred years, but to see possibilities of things bubbling up now, to see people in the LGBT community still facing issues. In 2017, this story needs to be told.”