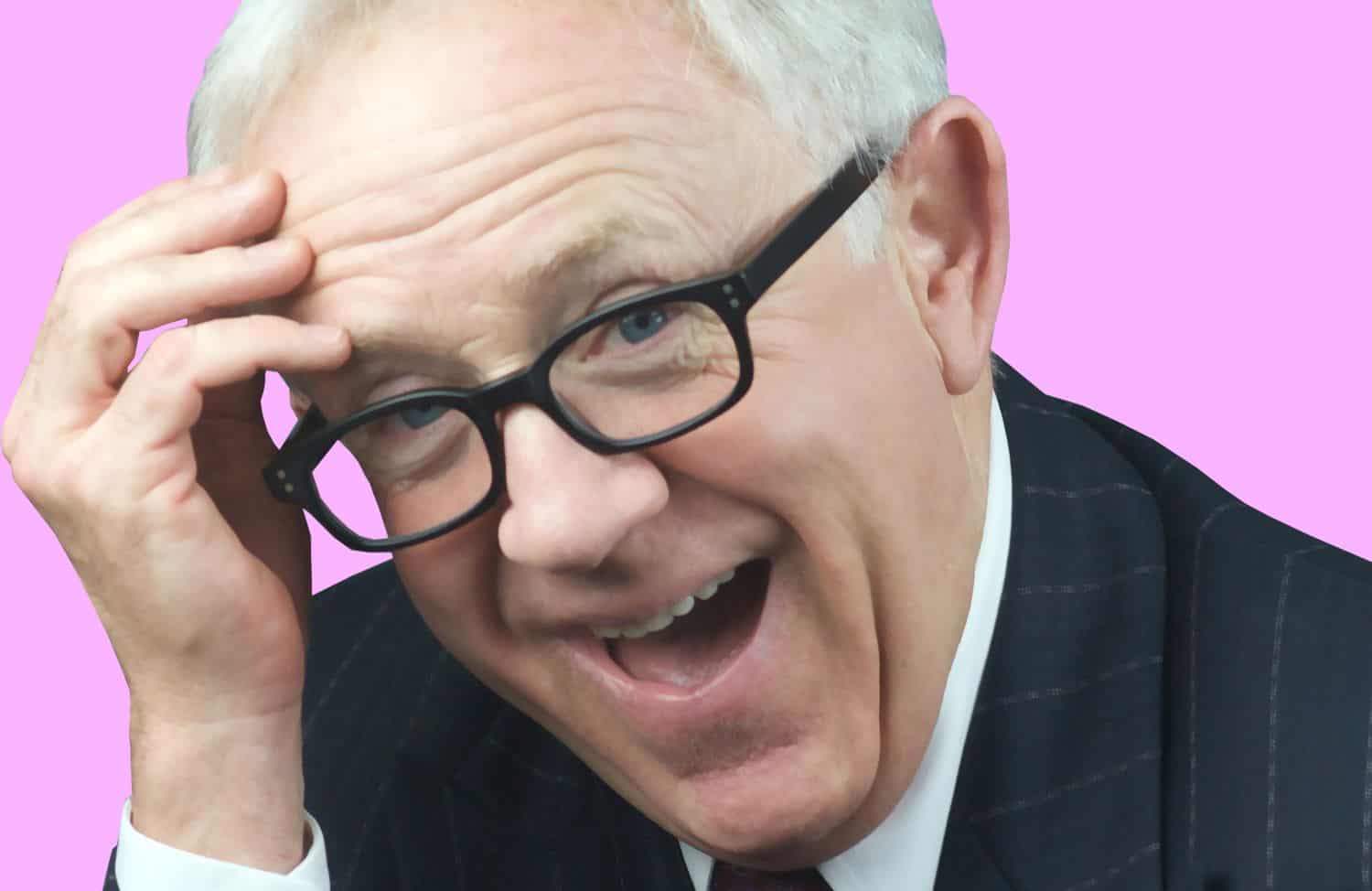 You already know Leslie Jordan. You’ve seen him. Even if you don’t realize it. The ubiquitous character actor may be famous for his small stature, but his influence looms large in popular culture. Have you seen Will and Grace? He played Beverly Leslie, who famously said of Karen, “I thought I smelled gin and regret.”

Perhaps you’ve seen American Horror Story? The Help? Stark Trek: DS9? In fact, have you seen any TV at all over the past, oh, thirty years? Then you’ve seen Leslie Jordan. Like the Johnny Cash song, he’s been everywhere, man.

Standing an inch below five feet, the actor, author, and man-about-town was born in 1955, in Memphis. His Southerness is part of his charm, which is evident, even over the phone.

His newest event, “A Sordid Three Ring Circus,” will roll into town on August 25. The benefit for Positive Impact Health Centers will star Jordan, his longtime costar Ann Walker, and writer Del Shores.

The Voice talked to Jordan while he was in a Chattanooga, where his mother still lives. Sitting in a diner, he said that Atlanta feels like his second home. Jordan is an ebullient, fast-talking man, who dishes freely and without hesitation.

When asked about the show, Jordan said it was all “three of us: me, Del, and Ann.”

“We were all in this show together, ‘Sordid Lives.’ So then they did a sequel—‘A Very Sordid Wedding.’ It has a huge cult following, so they asked us to come along. And eventually they asked me to come to Atlanta.”

“They wanted me to do a benefit.”

He said the Georgia venue was “gonna be so much fun,” but “what a time crunch!” Still, he said, “it’s gonna be the three of us.” He described the event as “just an evening of comedy, three comedians–it’s a benefit.” He said he was delighted: “I’m just an aging show pony!”

The Atlanta gig had arrived at a propitious time for Jordan. He’d been picked up for a series, he said. “The crazy part is, when I signed up for it, my series got picked right up by FOX! So I got a huge TV series on FOX.”

“The Cool Kids,” a soon-to-air sitcom, will premiere in September. It is produced by the brain trust behind the long-running comedy “It’s Always Sunny in Philadelphia”: Charlie Day, Rob McElhenney, and Glenn Howerton, among others.

Jordan’s excitement was infectious: “Y’know they’re high on something when they send a private plane. It was for me and David Alan Grier.”

Jordan had nothing but praise for his costars: “He [David] is brilliant! It’s myself, him, and Vicki Lawrence—and she’s so famous from ‘Mama’s Family,’ she started on the ‘Carol Burnett Show.’ And we’ve got Martin Mull too!”

He described the premise as “‘The Golden Girls’ on crack.” “It’s four old people,” he said.

He described his bosses as “so handsome, they wrote ‘Always Sunny,’ they’re amazing.” Jordan said that he’d recently done multi-cam shooting for the series, and then came back to Chattanooga.

His Atlanta show dealt with what it was like winning an Emmy: “Oh my word. That’s my whole show, just about, the whole fiasco about that.”

Jordan had nothing but good words to say about writer Del Shores. “He performs as well. He just loves to write stuff, and act in it. … He wrote about these crazy characters in Texas and how they lined up with his family. … He’s a bigger talker than me, and I’m a big talker!”

As for actress Ann Walker, Jordan was full of praise: “We love each other so much, we fight like cats and dogs,” and then laughed. “I adore Ann Walker. … We’ve been through so much together

We have fun. She’s so good on stage, just being her.”