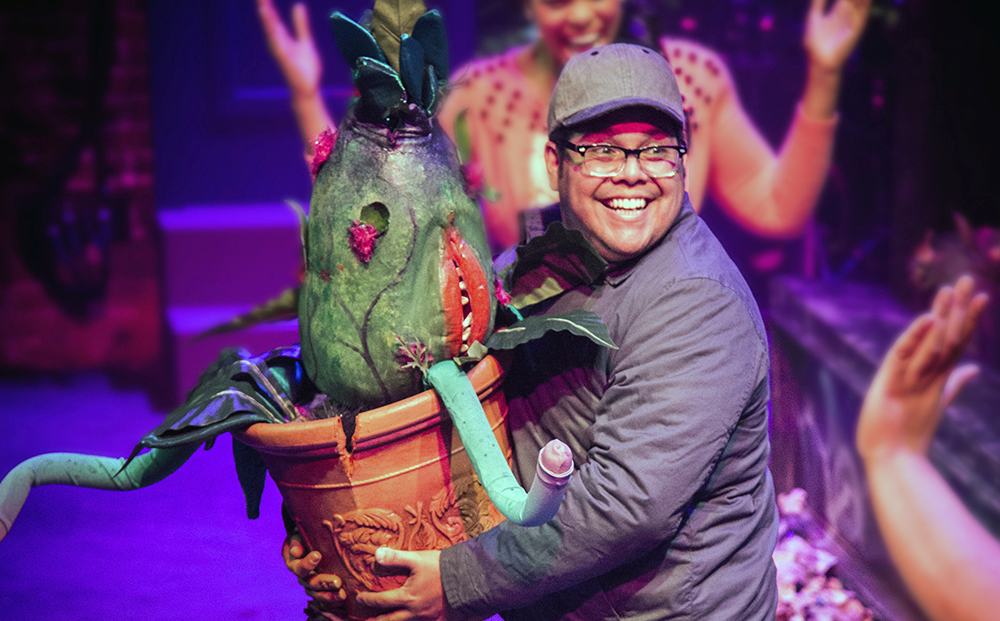 Juan Carlos Unzueta stars in the Actor’s Express production of “Little Shop of Horrors,” a take on the off-Broadway musical about a hapless florist shop worker named Seymour who raises a plant that feeds on human blood and flesh. Unzueta, who is a recent addition to the Atlanta theater scene, plays that iconic role perhaps known to most when Rick Moranis played Seymour in the 1986 film version of the musical.

Catching Up on AM1690 The Voice of the Arts airs live at 7:30 a.m. and 4:30 p.m. on the third Wednesday of every month. Georgia Voice continues to profile Atlanta’s LGBT community members in Catching Up every month in our print and online edition, and the subjects of those profiles don’t necessarily have to be limited to the arts scene.