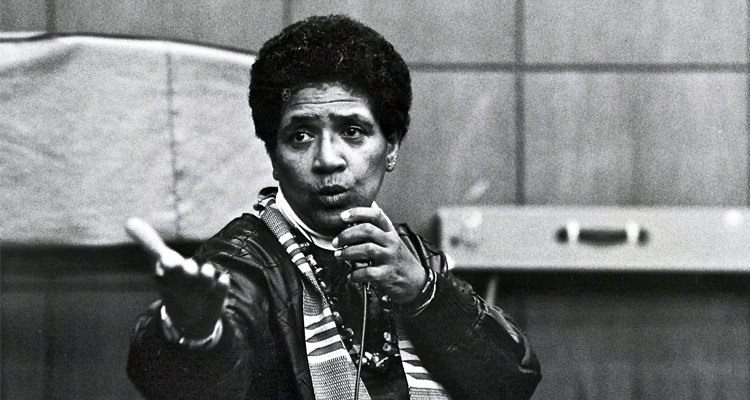 Queer literature is under attack. The “Don’t Say Gay” bill recently passed in the Florida House and Senate, meaning LGBTQ-focused curriculum will be banned in some classrooms, and a similar bill has been introduced in the Georgia State Senate.

These bills and others like them purport to ban a formative part of education that in many classrooms did not even exist. Growing up, I rarely saw a queer book in the classroom until college. In fact, many of the first queer texts I read were in college, and then mostly because I made an effort to seek them out. I sought an education that focused on queer literature, queer history and queer issues. Therefore, for Women’s History Month, I’ve compiled a list of texts that have stuck with me. Varied in format and narration, these stories are tied together by intersectionality and queerness.

“All About Love” embodies the path to love and fulfillment that the late hooks advocated for throughout her life. In pursuing a healthy relationship with love, this text has it all, from self-love to love for family and friends. It provides a theoretical framework to love in all its complexity.

A line that has always stuck with me is that abuse and love cannot coexist. One cannot be abusive and loving, and abusive forms of love are not love. It is incredibly complex in its simplicity, and it’s these messages that point us toward a greater, self-fulfilling, healthier understanding of love and relationships.

Zami: A New Spelling of My Name

Lorde writes that “Zami” is a name for women who “work together as friends and lovers.” Throughout the text, she is embroiled in life-changing experiences and relationships, from childhood friends with unstable home lives to lovers in Mexico. She faces horrors, including watching loved ones suffer from poverty and mental illness, and experiencing traumas herself. This text brings together women who are vastly different in class, creed, gender, race, and more. Despite their differences, or perhaps because of them, they are able to cultivate loving and lasting relationships. Each story flows into the next, building the tale of Lorde’s life.

Through many of these experiences, many of Lorde’s friends and peers use a single-axis approach to feminism, where queer people and Black people’s experiences are treated as the same, and intersectionality is ignored. Her raw, poignant telling of her relationships sends a valuable message on the importance of intersectionality.

Youthful and charismatic, this memoir will take every queer individual back to their first crush that had them questioning their sexuality. Walden faces the highs and lows of figure skating while coping with a sudden move and exploring her newfound feelings for women.

The illustrations pop on every page. In a memoir so dedicated to the art of ice skating, it’s only fitting that the hues and tones of every page set the tone, whether it be hopelessness, passion, or happiness.

Through compelling personal anecdotes, Mock weaves together a story that deconstructs the notion of “realness,” emphasizing that there is no singular way to be a man or a woman. For those looking to deepen their understanding of gender and the gender binary, this memoir provides immensely valuable insight.

Her story is a touching glimpse into gender identity and how childhood experiences can shape our perceptions of it. It has its deeper, more intimate moments, as when she shares the harrowing journey of hormone replacement therapy. However, we also get a glimpse into the little childhood memories that are still painfully relevant decades later, some as simple as recalling the baking of a cake.

Cartoonist Alison Bechdel narrates her complex relationship with her father, Bruce, as each grapples with their sexuality. In this intergenerational tale, Alison recalls her formative years growing up and how they influenced her own perception of sexuality — whether it’s her and her father simultaneously resisting the gender binary or Alison discovering her sexuality through literature. Her tumultuous relationship with her father largely stems from his inability to cope with his own sexuality and form healthy habits.

Here, sexuality is explored in a myriad of different ways — Alison is openly lesbian and her father is a closeted gay man. However, the heart of the story lies in the different paths to coming to terms with one’s sexuality, and healing from years of family trauma regarding sexuality.