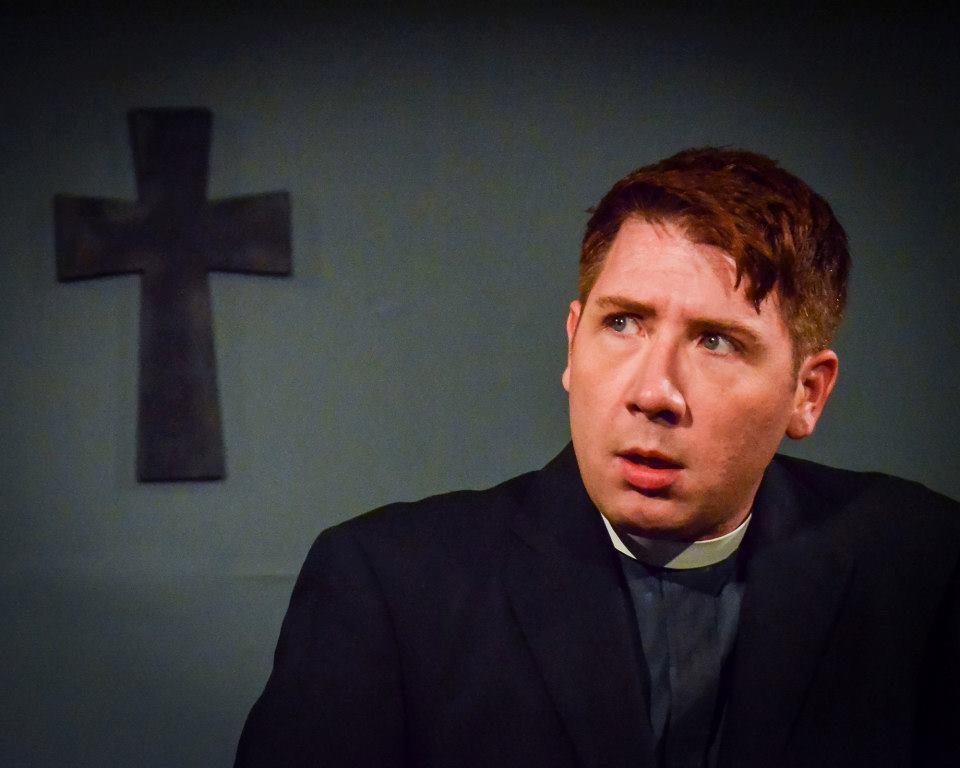 Roughly the same time one of Topher Payne’s plays is revisiting the area, he’s taking on one of the great acting challenges of his career. Payne is starring in Out of Box Theatre’s “Doubt, A Parable” while his “Perfect Arrangement” opens at Onstage Atlanta soon.

A productive year for Payne grew busier still when he won the American Theatre Critics Association’s 2014 M. Elizabeth Olsen New Play Award for an emerging playwright for “Perfect Arrangement,” which had its roots at Process Theatre.

For the playwright, returning it to Atlanta is a homecoming.

“Process originally workshopped the show and helped with the initial development of it in 2007,” Payne says. “The first production was in 2008, then I set it aside for a few years and worked on other stuff. I came back in 2013 and submitted it to the Source Festival in Washington D.C., and the development process they were able to do there really firmed it up. I came back to it a more experienced writer and probably a little better at my job.”

“Perfect Arrangement” takes place in 1952, a time when hundreds of Americans were fired from their government positions for “moral corruption”—or homosexuality. Two Department of State employees are given the task of setting up the criteria for determining who is “corrupt.” The catch is they are both closeted.

The D.C. run proved to be immaculate timing. “It was this perfect storm of the right play at the right time,” Payne says.

“It was playing last year in D.C. when the Supreme Court decision [striking down a major portion of the Defense of Marriage Act] came down. It was a great time to be doing a play about marriage equality,” he adds. “That led to the award and the other productions we have coming up (in Louisville and Chicago). This was always the hope for the plays that are developed, to have a continued life nationally or internationally, and then come home again.”

Payne feels the award was not just recognition of his work but also the work emerging from Atlanta.

“Because there are so many great people telling stories, you just hope for something that makes you stand out of the pack for a minute,” he says. “That was really what it did. For a brief and crucial period of time, it got people to take notice of the work I have been doing and the work I’d like to be doing. That introduced me to theaters in New York, Chicago, San Francisco; people that didn’t have an awareness of what I was doing or the work coming out of Atlanta.”

He recently finished a reading of “Perfect Arrangement” at the Manhattan Theatre Club. “They were so welcoming and excited about introducing the work,” he says. “Having the stamp of a theater with their reputation, the name of it on your postcards makes a difference in whether people show up.

The idea was, this great group of guys who had seen the D.C. production were trying to get it to New York for a reading. This was before the award. Then it became easier to say yes. It had this nice pedigree on it now. The feedback was tremendous about how we can get a production in New York and get a longer life for the work.”

In the interim, “Doubt” is a chance for Payne to flex his acting muscles. John Patrick Shanley’s Tony Award and Pulitzer Prize winner, set in 1964, is a drama in which Payne’s Father Flynn is accused of wrongdoing by Sister twice his age.

Out of Box Theatre staged Payne’s play “Evelyn in Purgatory” a few years ago. “It’s such an extraordinary opportunity and it’s rare that I have the chance to play a character like this,” he says.