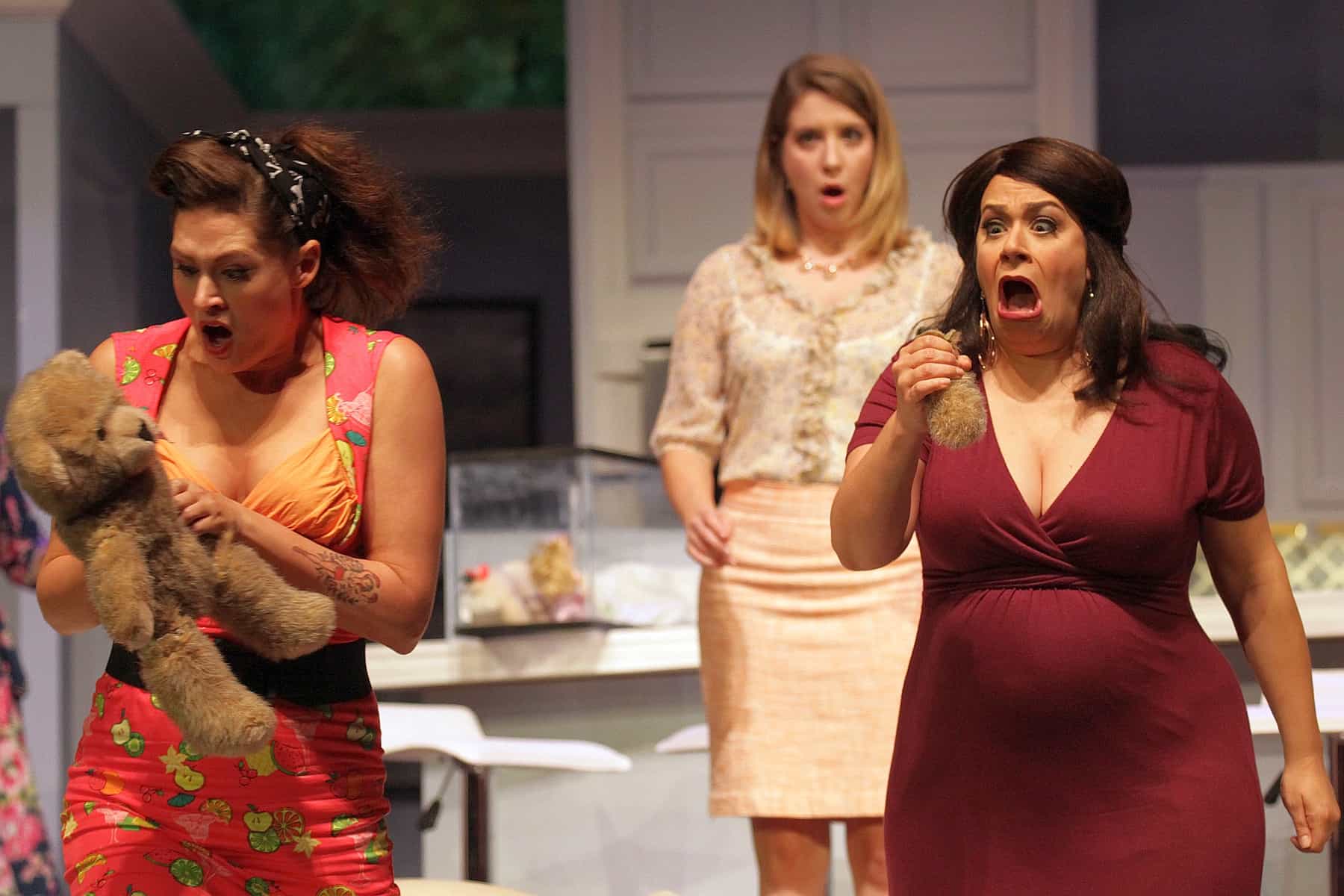 For someone used to being busy, Topher Payne may even be outdoing himself this season. His new play “Morningside” just opened at Georgia Ensemble Theatre, then he steps into the lead role of “The Santaland Diaries” at Horizon Theatre for the holidays.

“Morningside” is a project that began roughly three years ago for the gay playwright. When he went through a divorce in 2014, he took a lot of notes. Not necessarily a journal – just random thoughts he wrote down. He told himself that one day he would do something with them.

“I started developing a concept about a woman throwing a baby shower for her daughter two days after she has separated from her husband,” he said. “It’s that period of time when you are not fit for company, but she is bound and determined to prove that the ruins of her life are not going to impact the party. That is where we start and it get worse from there.”

Set in the Morningside area of Atlanta, the play has an all-female cast. Some of the other characters are a guest of honor, who is expecting her first child and is trying to figure out the balance of being career driven and being a great mother; a best friend, who is a pediatrician with no children – and is a lesbian; a bartender from Charleston; and a conservative aunt from Texas. The drama is based on the perspectives all these women have.

“That is what I really wanted to do,” Payne said. “I see shows like ‘Glengarry Glen Ross’ or ‘Twelve Angry Men’ with a big group of men but not those kinds of shows for women that often.”

Payne is known for his witty dialogue and three-dimensional characters, especially his women.

“I know that I am drawn to women in general because they are more open to disclosure and as a playwright I find it interesting when a character is willing to give voice to their needs and fears and opinions,” he said. “That is certainly true in the women in my life.”

This is the playwright’s fifth show with Georgia Ensemble Theatre and he will continue his collaborations with new artistic director Alan Kilpatrick, who is taking over for theater founder Bob Farley in the spring.

“The Santaland Diaries” gig came about earlier this year when long-time leading man Harold Leaver decided to step down. Lisa Adler, Horizon Theatre’s artistic director, sent Payne a message in July that the role was going to be available.

“I was getting ready to direct a show in New York and leaving in two days,” he said. “I told Lisa I’d love to read, but my availability was limited. I came in the next door but with limited prep. I wasn’t necessarily looking for a project of that scope but – oh god – I couldn’t not try for it. I was curious to see what I could do with it. Apparently what I brought to the table was what they were looking for.”

He looks forward to starring in the David Sedaris classic and playing the snarky but lovable lead role.

Payne also has a Hallmark movie bowing Nov. 19 – “A Gift to Remember,” about a young woman helping a man with amnesia remember who he is. In the process, romance blooms.