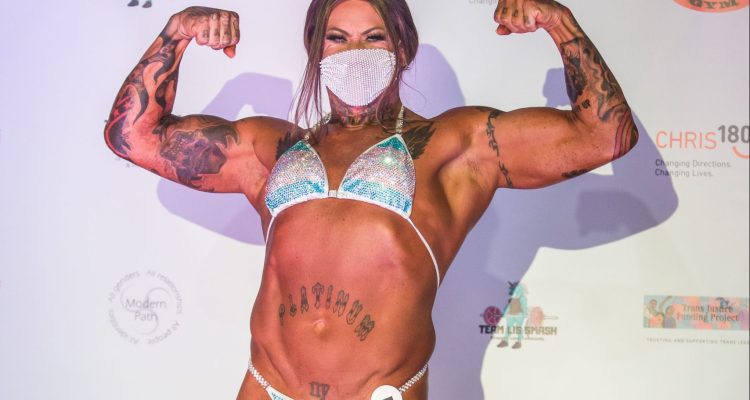 This Saturday, the International Association of Trans Bodybuilders and Powerlifters (IATBP) is hosting a powerlifting meet and bodybuilding competition.

Currently in its eighth year, IATBP is a non-profit headquartered in Atlanta that fosters a safe and competitive space outside of the strict gendered norms of the world of iron sports for trans, non-binary, gender non-conforming, and intersex people.

Athletes in the association have the opportunity to compete with either fellow trans people, fellow non-binary people, or in the open division if they do not want to disclose their hormone replacement therapy (HRT) status.

“We want to let all bodybuilders [and powerlifters] who are trans, non-binary, gender non-conforming, [and] intersex to know that we exist, so that they understand that they can compete with us in a safe environment where they don’t even have to disclose their HRT status,” Bucky Motter, the executive director of IATBP, told Georgia Voice. “Our competitors want a competitive environment, they want people who are really serious about their goals as athletes to be able to compete with.”

Motter said that the space created by IATBP has made a huge difference in the lives of the participating athletes.

“I was talking with a potential board member, and she said that when she was considering her transition, she wanted to know whether she was going to have to give up her sport or not,” he said. “She found out about us and was relieved that she could find a place to compete… One of our bodybuilders said that the first time she competed with us, she felt reborn.”

On October 1, the event kicks off with the powerlifting meet at 2pm at CrossFit Downtown Atlanta. Participants will perform three lifts: a bench press, squat, and deadlift. While the gym does not allow space for spectators, IATBP will be livestreaming the event. The stream will be accessible with a donation amount determined by each viewer.

“There is a lot of adrenaline, a lot of excitement,” Motter said. “People, for lack of a less ironic word, are pulling for them. It gives me chills just talking about it.”

Following the powerlifting meet will be the bodybuilding competition at 6pm at 7 Stages Theatre.

“You have to have strength to do bodybuilding, but it’s not like powerlifting where there are lifts involved,” Motter said. “Bodybuilding has mandatory poses you have to do, and then the highlight of the bodybuilding competition is the artistry of each bodybuilder as they go on stage one by one and pose to the music they’ve chosen. It’s very artistic and creative and exciting. The audience gets involved; people are yelling out who they think should win, it’s crazy. It’s really fun.”

Spectators are allowed at the competition; you can purchase tickets here. IATBP will also livestream the bodybuilding competition for a sliding scale donation. You can access the livestream for both events here.