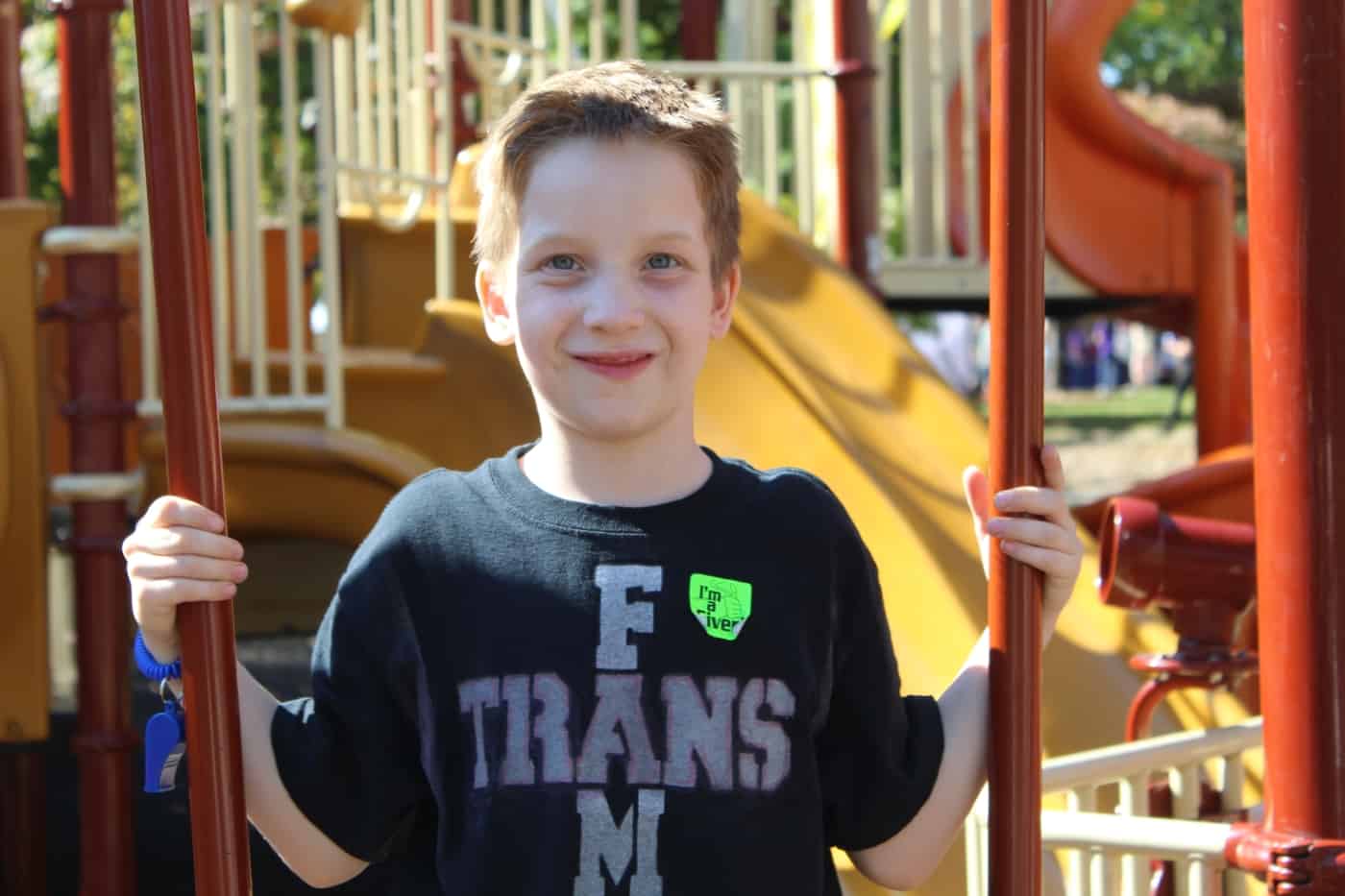 It’s a beautiful Saturday afternoon at Atlanta Pride and 8-year-old Jackson Millarker is having a blast running around the playground outside the Piedmont Park Aquatic Center. He and his family—little sister Layla and his moms Jen and Stacey—just got done taking part in the Trans March, and Jackson’s still working off some excess energy before grabbing something to eat.

It’s exactly that kind of energy and enthusiasm that led Jackson to go from playing Baloo in a local community theater production of “Jungle Book” to being picked for a part in the Sept. 28 episode of the long-running ABC hit “Modern Family.”

With that appearance, the Decatur boy became the first openly transgender child to appear as a transgender character in a mainstream sitcom—generating international headlines in the process. And the whole thing came together faster than Jackson can do a lap around that playground.

From Decatur to Hollywood

Jackson started doing community theater a year ago with the Decatur Community Players, a children’s musical theater company. He was instantly hooked, telling the Georgia Voice that acting is “really fun” and that he likes making people laugh.

Then in early August of this year, a family friend they know through local transgender organization THEA (Transgender Health & Education Alliance) let them know about a transgender casting agency that put out a call on Facebook for a trans boy around Jackson’s age. It was a rapid turnaround from there according to Jackson’s mother, Jen.

“We submitted his resume, a week later we did the taped audition and two weeks later we were out in L.A.,” she says.

Needless to say, Jackson was excited after getting the call that he had been picked for the role.

Jackson didn’t know much about the show, but he became more excited as they showed him more of it.

“He was really excited to play a role that was so similar to himself,” Jen says.

The world reacts to the casting

After a day filming his scene with castmembers Jesse Tyler Ferguson, Eric Stonestreet and Aubrey Anderson-Emmons (“They were really nice,” Jackson says), he was back home in Decatur. No one except some friends and other families knew about the big casting news, that was until a Sept. 26 Instagram post by the episode’s director, Ryan Case.

“This is Jackson Millarker,” Case wrote in the post with a picture of the two.” He’s 8 years old, from Atlanta, and just happens to be transgender. He plays Lily’s friend Tom in this week’s Modern Family and he’s wonderful. One of the many reasons I love being a part of this show.”

National and international headlines followed, with interview requests for the Millarkers from all over, including for an Oct. 7 story on young transgender actors in the New York Times.

In the episode, married couple Cam and Mitch (Stonestreet and Ferguson) allow their daughter Lilly (Anderson-Emmons) to have her trans friend Tom—played by Jackson—over for a play-date. Their pride in raising an open-minded daughter diminishes when Lilly insults her new friend, which they use as a teachable moment. It’s a brief appearance by Jackson but he’s part of a storyline that is central to the episode.

“I think the way they did it was perfect,” Jen says.

‘Elf’ and a keynote speech next

As for what’s next for Jackson, he’ll be playing Fake Santa in the Decatur Community Players’ holiday production of “Elf.” And he’s already been named the keynote speaker of THEA’s Family Symposium next May.

There aren’t many 8-year-old keynote speakers out there, but there’s no reason for concern on Jackson’s part—he just gave a speech in June in front of 400 nurses at the Georgia Convention for School Nurses (see video below). He stood on a chair so he could reach the podium microphone and talked about about his experiences as a transgender kid in the Dekalb County school system.

“I know there’s lot of talk about which bathroom kids that are transgender should use. People are worried about what their kids will think, see or hear. But I have the inside scoop, and it may not be what you think,” he said to laughter from the audience.

He talked about identifying as a girl in kindergarten before identifying as a boy in second grade, and how his anxiety over it disappeared because of the support from his family, his school and his peers.

“My hope is that you can provide the same support to your students. Please remember that we are all human. We must treat each other with kindness and love, and please continue supporting your children through their journey. Thank you for being a part of mine.”