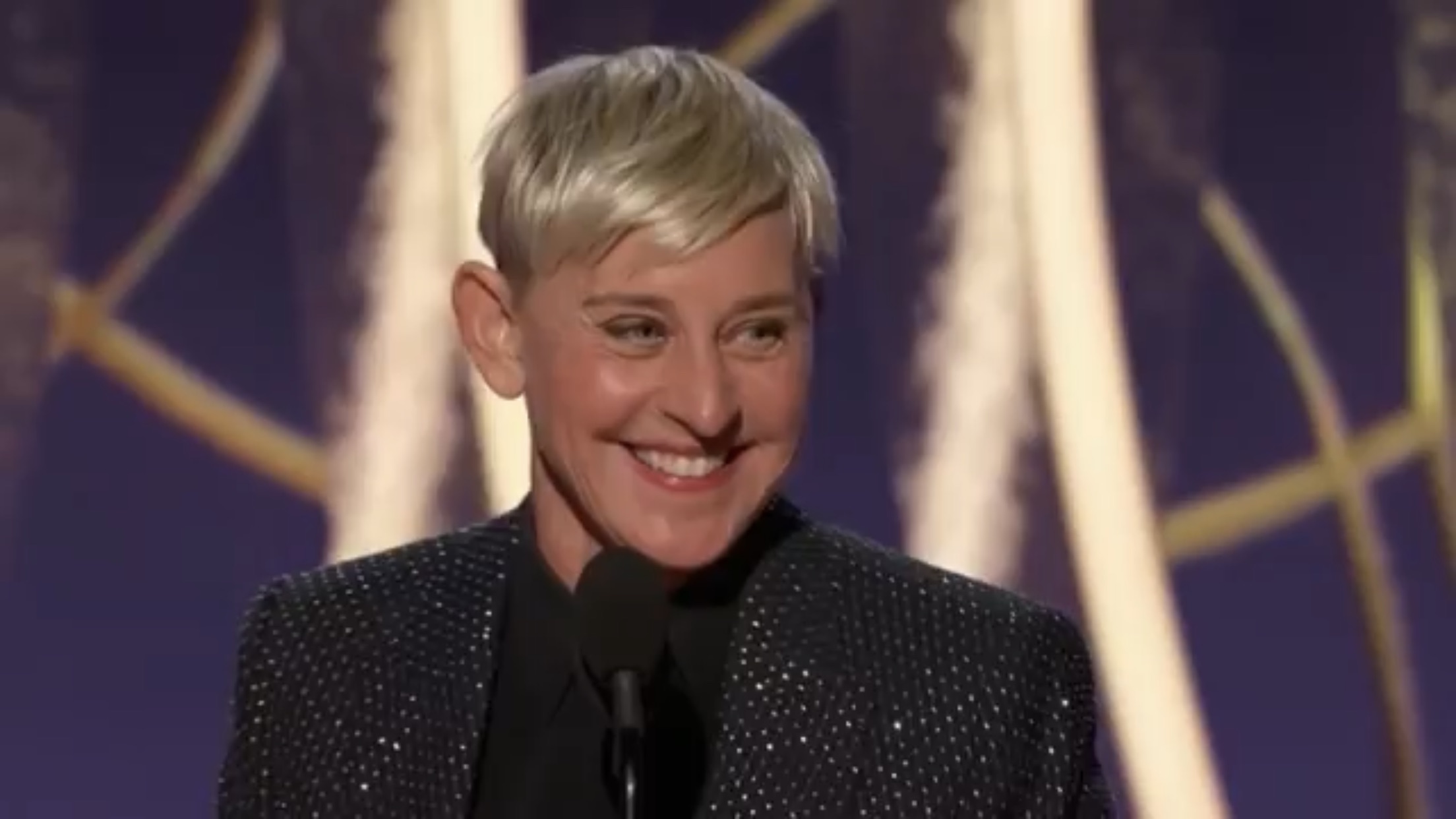 Out comedian Kate McKinnon celebrated Ellen DeGeneres’s coming out during a speech presenting the talk show host and comedian with the prestigious Carol Burnett Award at this year’s Golden Globes. During her speech at the awards ceremony last night (January 5), McKinnon reminisced on seeing DeGeneres be publicly open about her sexuality and the empowerment she felt because of this visibility.

“In 1997 when Ellen’s sitcom was at the height of its popularity, I was in my mother’s basement lifting weights in front of the mirror and thinking, ‘Am I gay?’” she said. “And I was, and I still am. But that’s a very scary thing to suddenly know about yourself.”

“She risked her entire life, and her career, in order to tell the truth,” the SNL cast member continued. “And she suffered greatly for it. Of course, attitudes change, but only because brave people like Ellen jump into the fire that make them change. If I hasn’t seen her on TV, I would have thought, ‘I could never be on TV, they don’t let LGBTQ people be on TV.’ And more than that, I would have gone on thinking I was an alien and that maybe I didn’t even have a right to be here.”

Kate McKinnon gets emotional at #GoldenGlobes honoring Ellen DeGeneres….and we did too. pic.twitter.com/HZEKmN1K3I

DeGeneres came out in 1997, first in Time magazine, then on the Oprah Winfrey Show, and finally on her own sitcom in “The Puppy Episode.”

“Television inspired everything that I am today,” DeGeneres said when accepting the award. “All I want to make people do is laugh, and make people feel good, and there is no greater feeling than when people say… I have helped them through a difficult time.”

The Carol Burnett Award is bestowed to recipients for “outstanding contributions to television on or off the screen.” The award was created in 2018; Burnett is the only other person to receive the award.