As you gear up for holiday shopping, several gay favorite TV shows have released season compilations on DVD — perfect for snuggling on the couch and reliving your favorite scenes, or exploring a series that never made it to your radar screen before.

“Glee: The Complete First Season” (20th Century Fox Home Entertainment): “Glee” has become one of the third-rate network’s greatest assets. LGBT folks especially can’t get enough of the series, with gay bars all across the country regularly hosting “Glee” events on the nights that the program airs.

The irony that the anti-gay Fox should be home to one (make that two, if you include “American Idol”) of the gayest shows on television is not lost. That said, by the fourth episode of the insanely popular series, the gay issue is addressed with more sensitivity than one might expect when glee club member Kurt (out actor Chris Colfer) comes out to his father and to friend Mercedes (Amber Riley). 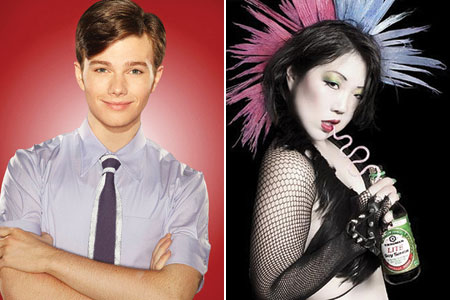 But there are still plenty of queer small-screen offerings for cozy nights in front of the TV, or boisterous evenings hooting at your favorites with friends.

Shane from the ‘L Word’ pops in to Atlanta

Anthony Williams on a new runway

For a few months, Anthony Williams was judged weekly for his fashion designs on the reality show “Project Runway.”  This weekend he will actually be one of the judges himself for the Simon Fashion Bow Wow, part of the Simon Fashion Now weekend event at Lenox.

Showtime offers peek at ‘The Real L Word’ on Monday

A new reality show about LA lesbians looks to fill the void left by the groundbreaking series.