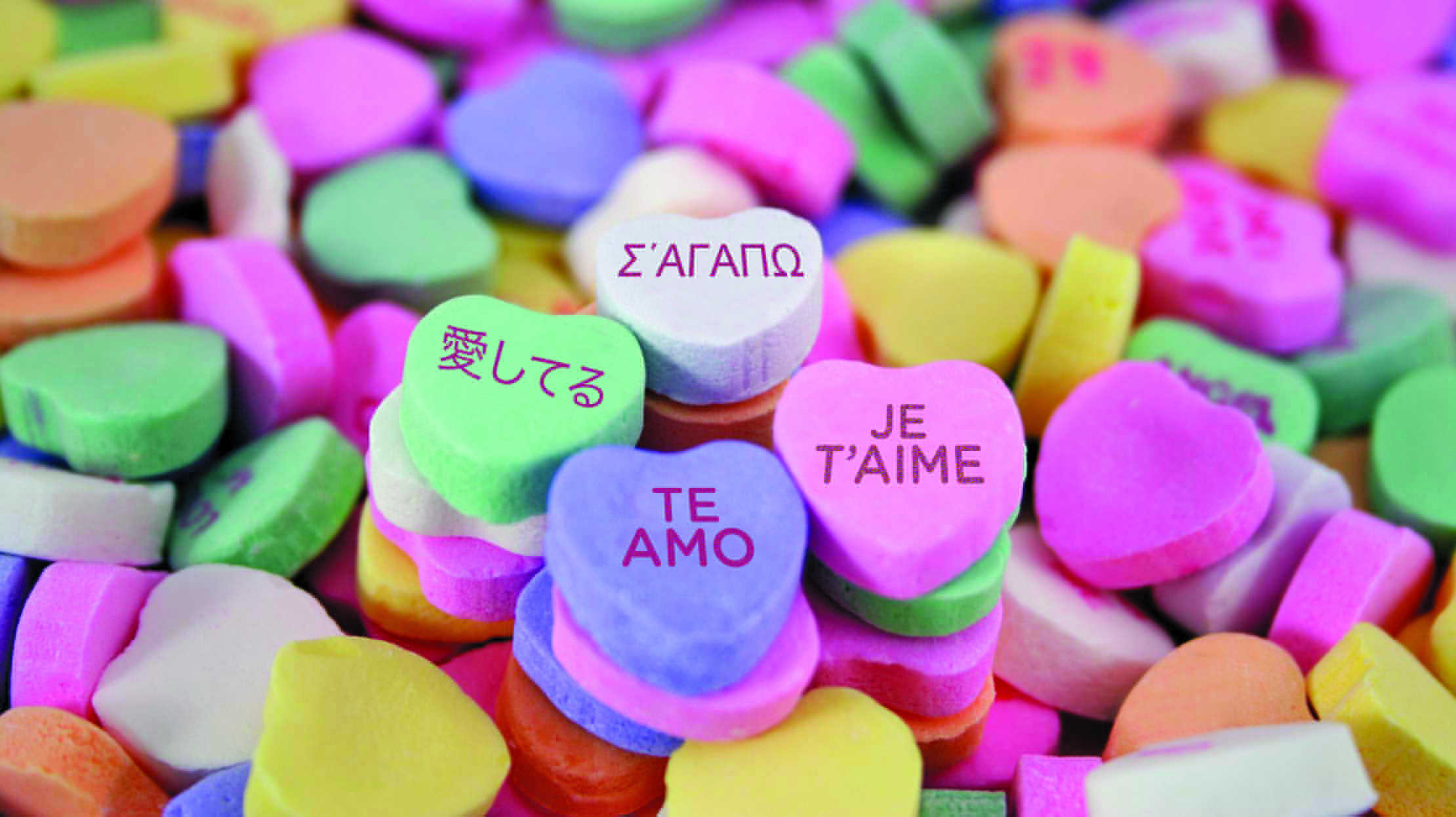 Universal Love: Ways to Say ‘I Love You’ Around the World

How to pronounce it: Zhuh tem

It’s the perfect first “I love you” to learn in a different language, seeing as France’s capital, Paris, is considered the “City of Love.” Every year, over 70 million people visit the country. Paris serves as the world’s number one tourist destination. That’s a lot of love!

How to pronounce it: Tay ahm-oh

If you’re searching for the most passionate speakers on the earth, the country of Spain will argue, they’re the best. From their quick-tongued dialects to the emphasis in their hand gestures, and through their music and dance, they have a way with communication.

The simple phrase, “te amo” draws even the most emotionless individuals into a quick sweat.

It’s an informal pronoun used, expressing real intimacy. It’s not a phrase that Spanish-speakers use lightly. While there are other ways of saying “like,” “like a lot,” and “like-like” in Spanish, Te Amo is reserved for those ready to take their love to the next level.

How to pronounce it: Ish leeba dish

The Deutsche know what love is too! Just ask Heidi Klum, Claudia Schiffer, and Diane Kruger, and I’m sure they’ll tell you one or two stories of young, reckless love where they used those three-words. If you’re ever in Berlin or Frankfurt for a getaway vacation and happen to fall for a stout German muscle man, the faintest whisper of “Ich lieve Dich” could seal the deal.

How to pronounce it: Wuh eye nee

The Chinese are romantic beings but because of culture and tradition, saying “I love you” is quite uncommon. One Chinese man says growing up in a full Chinese household, his parents never said: “Wo ai no.” Instead, when it got to that point, they’d switch over to English and actually say “I love you.” Usually, to express romantic feelings, Chinese people would say “w xǐ huān nǐ” which means “I like you.”

How to pronounce it: Eye-shee-teh-roo

Love is quite a strong word in Japanese Culture, but it’s rarely used. Instead, the country and its residents have two romantic days including Valentine’s Day where women who are expected to give their boyfriends gifts. But don’t worry women, there’s a day where you get the love back. March 14 also known as “White Day,” is when men give various gifts to their spouses.

If you feel he or she is the one, use “Aishiteru” to express commitment will be a gift like no other. The Japanese take the L-word very seriously, and you’re likely to get the love back if the other person feels the same.

How to pronounce it: Sag-app-oh

From the columns of the ancient Parthenon to the steps of the Panathenaic Stadium, love like the stones of these structures stands the test of time. After a long day of competing in ancient Olympic games or performing greek theatre dialogue, all the greeks needed were those three little words. Se agapo, meaning “I love you,” is still more potent than any ancient Greek god
or goddess!

How to pronounce it: Tee-ah-mo

Grab a bottle of wine, some artisan bread, and olive oil, and the words “I love you” are likely to flow out of you like Italy’s Tiber River. The typical Italian man uses his aggressiveness for a reason, to get you to fall in love! If you’re willing, let him swoon you with the fluid Italian dialects of his country or turn the tables and tell him, “Ti Amo.” It’s a charm that will almost always work!