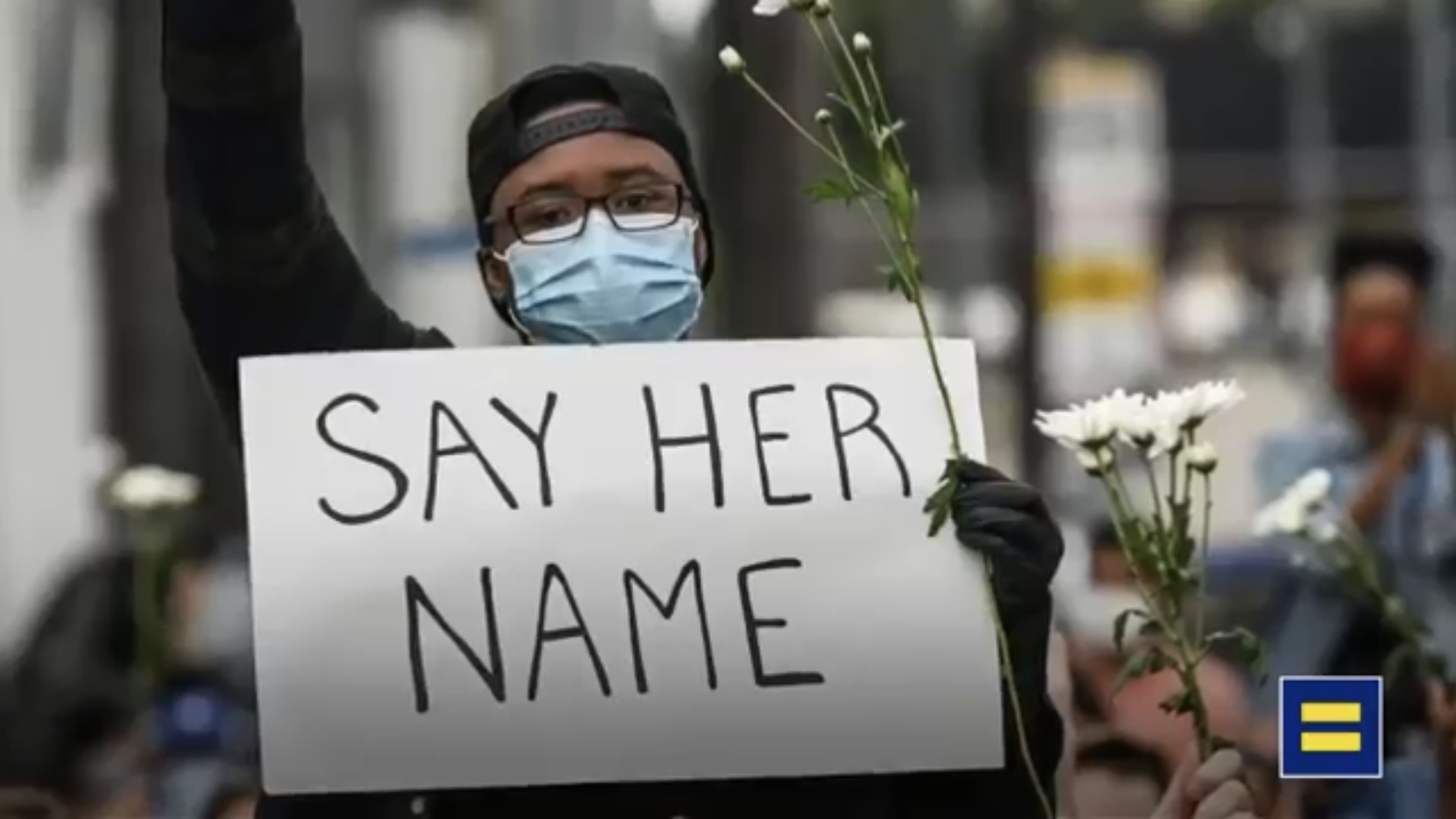 Less than 100 days before the 2020 presidential election, the Human Rights Campaign joined forces with Billy Porter to release an inspiring video encouraging people to protest and vote.

The video, which features HRC President Alphonso David’s speech at HRC’s 2019 National Dinner over Porter’s new cover of the ‘60s protest anthem “For What It’s Worth,” encourages viewers to fight indifference and bigotry with voting and protest. The video features photos and footage of protests of the past and those we see presently, inspired by the murders of George Floyd, Ahmaud Arbery, Rayshard Brooks, Elijah McDaniel, and Breonna Taylor, among others.

“[I]t is more important than ever to recognize the importance of using both protest and the ballot box to make our voices heard in this upcoming election, the most important of our lifetimes,” said David. “I am so proud to join with Billy, who has long been an outspoken advocate for what is right, in sharing this important and inspiring video. Billy’s voice helps us demonstrate the power of truly seeing beyond ourselves and using each of our individual experiences to make real change.”

In an interview with The Root, Porter said his activist roots along with his identity as a gay Black man inspired him to use his voice for change.

“Activism is in my DNA,” he said. “I have been in a state of intense trauma since the 2016 election—on a daily basis, as a Black man in general. I am that first. And so I need to speak to that in this space, in this Black space where we have many of our compatriots dismissing and silencing the LGBTQ community within that space and within that struggle. The intersectionality of those worlds is essential to the movement towards equality. We have been silenced for too long.”

David told The Root that this upcoming election and the fight for racial equality are hugely important outside of voting simply out sitting President Donald Trump.

“This is not only about the presidency,” he said. “This is about seizing back the Senate. This is about holding onto the Supreme Court. This is about electing mayors and city council members who actually decide how much money to give to the police departments and who is actually going to be a police chief… We can’t lose again. If we lose again, we lose the Supreme Court… we have to appreciate that this election is the election of our lifetimes; everyone has to understand how important this is, and that is what we’re fighting for.”