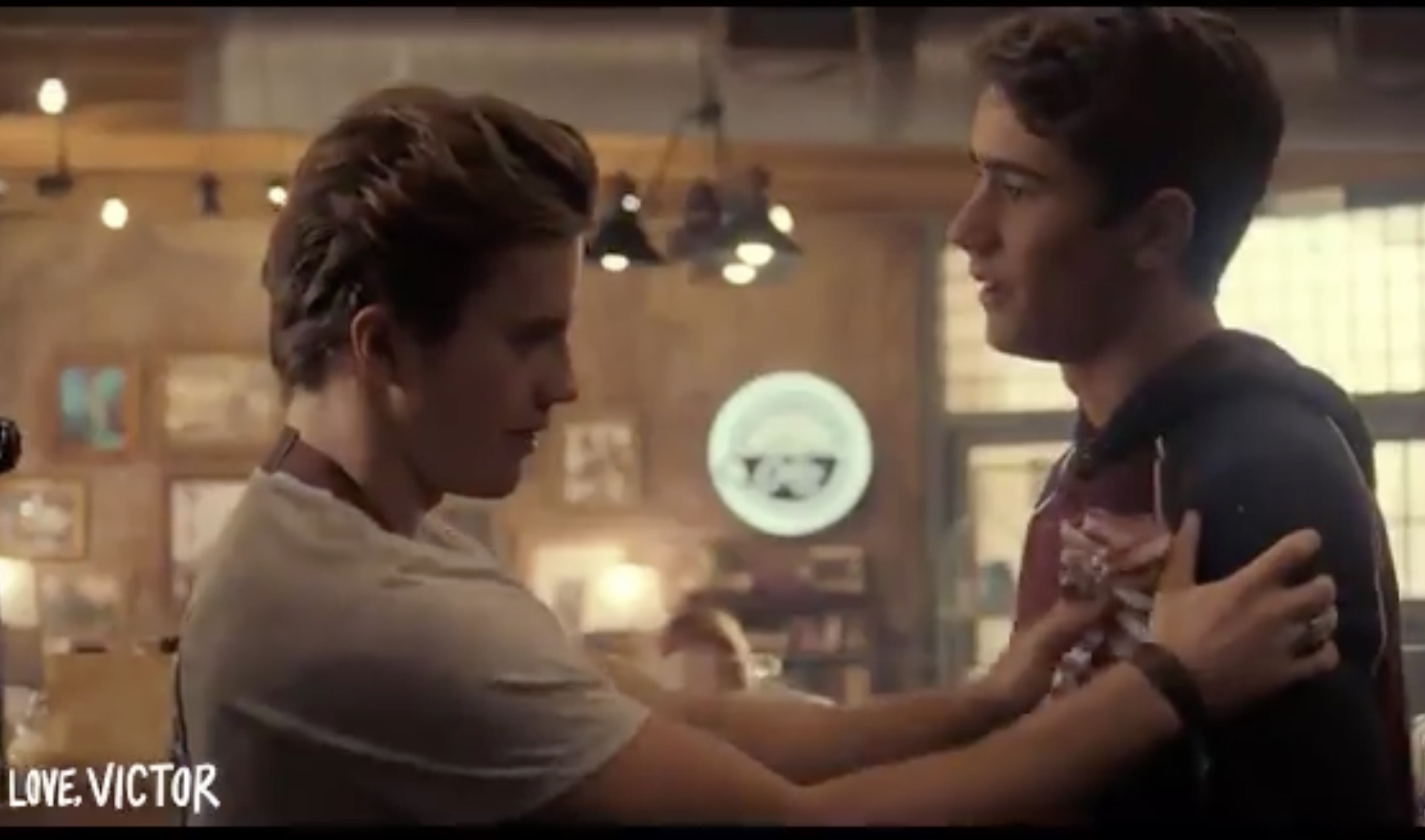 A clip and premiere date have been released by Hulu for their new show Love, Victor, a spinoff of the wildly popular gay rom-com Love, Simon.

Hulu released the clip via Twitter on Sunday (April 26). “There’s a first time for everything,” the account wrote. “Check out the VERY FIRST clip of Love, Victor, premiering June 19—only on Hulu.”

In the clip, Victor is seen applying for a barista job when we meet Benji, the coffee shop’s assistant manager and Victor’s classmate. It’s clear that Victor has a crush on Benji, and his affection comes to a head when Benji teaches him how to make coffee—in slow-mo.

There’s a first time for everything ☕️ Check out the VERY FIRST clip of #LoveVictor, premiering June 19 –– only on Hulu. pic.twitter.com/yMAKJV7SWt

Victor, a closeted soccer star, is played by Michael Cimino, an actor who is not known to be queer. Cimino reacted to the clip on Twitter, saying he was “so freakin’ happy.”

IM SO FREAKIN HAPPY RIGHT NOW!!! YOU GUYS WILL SEE MORE LOVE, VICTOR ON JUNE 19TH. So much love for all of you guys and thank you all for being so patient and kind ❤️ https://t.co/i7VWrPlS0i

The show sees the return of Nick Robinson, who played the film’s titular character Simon, as the narrator and executive producer, and film writers Elizabeth Berger and Isac Aptaker serve as the screenwriters and co-showrunners for the series.