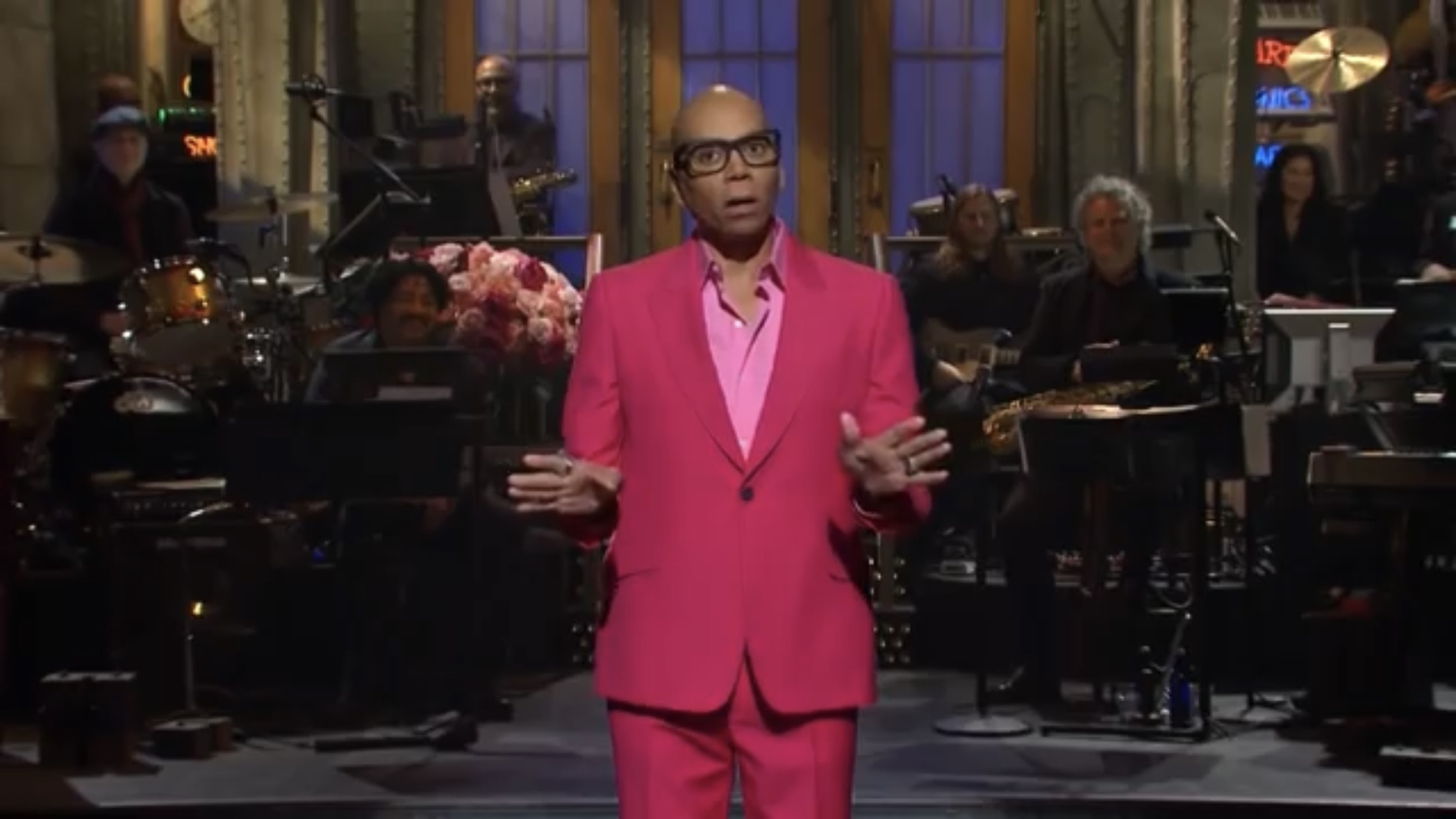 RuPaul took the stage Saturday night (February 8) to host Saturday Night Live for the first time, becoming the first drag queen to host the classic comedy sketch show. If you missed the episode, have no fear: here’s all of the “queen of drag’s” best moments from the night.

Ru opened the show in a hot pink suit, explaining who he was, what he does, and what RuPaul’s Drag Race is, for “those who aren’t familiar.”

“[S]ome of you may be surprised to see me out of drag, but rest assured, I am wearing my grandmother’s pants,” he said.

In this sketch, RuPaul takes on the role of a lifetime—himself—while visiting a San Diego public lirary to show kids how to read. However, the drag queen and the library have distinct definitions of what “reading” really is.

RuPaul “reads” several children’s book covers “to filth,” getting the room of children to declare: “Reading is what? Fundamental!”

This taped sketch shows RuPaul photographing for the cover of Drag Magazine but complaining that drag “needs someone new.” This someone new is Chad, played by Pete Davidson, who has never done drag, “just weed and pills.”

RuPaul teaches Chad how to tuck, beat his face “to the gods,” and lip-sync to a song that “speaks to the new you, the queen that you really are.”

Even if you did watch Saturday’s episode, this is one sketch you didn’t get to see, as it was cut for time. This sketch shows RuPaul and out cast member Bowen Yang battle it out as dueling coal miners.