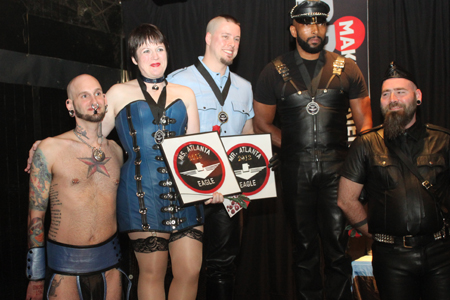 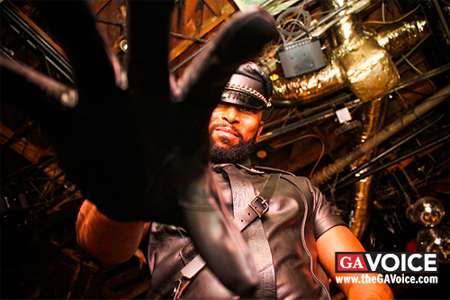 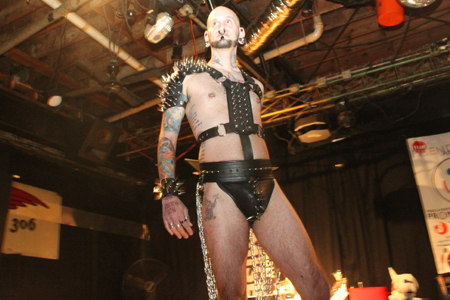 During his step down speech, Jeff Donaldson got down on one knee and proposed to his partner, James Menge, who accepted, and the two exchanged a long, deep kiss. 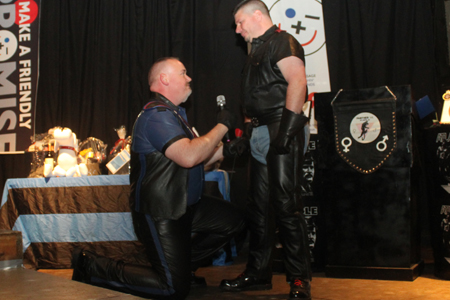 Contestants in the Mr. and Ms. Atlanta Eagle contest competed in bar wear, fetish wear, play wear and answering question that included what is their favorite fetish, what color hanky do they flag and what do they like about being a leather man and leather woman.