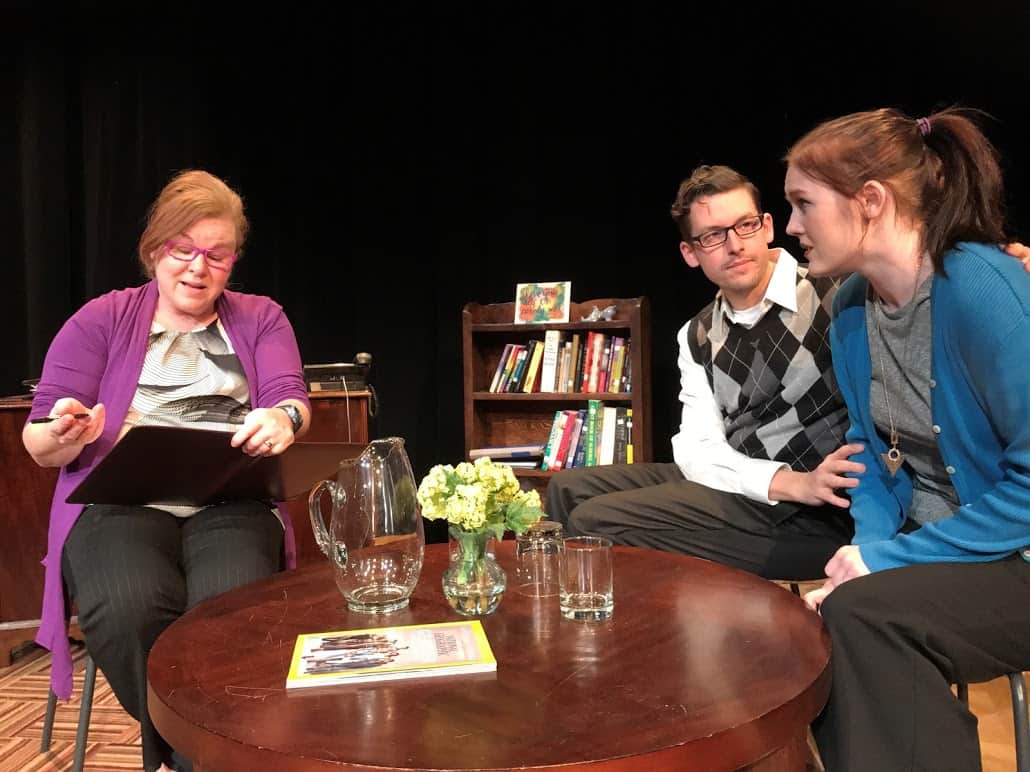 Making its Southeast premiere at Atlanta’s new Out Front Theatre Company – dedicated to telling stories of the LGBT experience and community – is Daniel Pearle’s “A Kid Like Jake.” It’s a drama about two parents – Alex and Greg – who, as they get ready to prepare their 4-year-old son for an exclusive private school, realize the boy would rather play with dolls than traditional toys. How the two decide to move forward drives the show. Georgia Voice caught up with director Paul Conroy and lead performers Justin Dilley and Lauren Megan McCarthy to talk about “Jake.”

How did you get involved, Lauren?

I’ve been in Atlanta for about a year, doing shows, and Out Front as a company drew me in. I didn’t know much about the show but I “got” this character. It’s written so human; it’s empathetic and raw. It’s like a peek into their life. It was outside of my comfort zone, though, because I am not a parent nor do I have kids.

What is Alex going through?

Alex goes through so much. She is driven and dedicated, but her entire life is Jake. She wants nothing but the best for him. She is trying to be accepting. She is the one who buys him “Cinderella” DVDs and other toys. When (what he is dealing with) starts creating friction in his life, that is when she digs her heels in. But she goes through a lot of denial.

Does Greg think the child is gay, Justin?

He is balancing how to do right by him and his wife. Counselors are noticing the boy might be having some anxiety with his gender. I think Greg, as a psychologist, is educated in these matters. He doesn’t think his son is gay or transgender. It’s a question that needs to be explored and not shut away, and he wants to make sure that his son has someone to talk to.

Paul, how does this fit into your season?

It’s nice that we are able to do shows that speak to our community, but shows that aren’t just the ones people know. We can do shows that aren’t mainstream. This deals with gender themes and children. It’s nice that a contemporary piece speaks on these issues.
We want to be as inclusive as possible. (Last fall’s) “Priscilla, Queen of the Desert” was big and splashy with a large cast with music that everyone knew. This one is a 1.5-hour show with no intermission and four characters. As we plan ahead, we want to do comedies and dramas, but we are not going to just tell these stories when it is popular or easy. We want to cover the spectrums.

Also of interest is OnStage Atlanta’s just-opened “Six Dances Lessons in Six Weeks,” Richard Alfieri’s play which follows the relationship between Lily (Pat Bell), a retired and widowed woman, and Michael (Daniel Pino), the young man she hires to give her dance lessons. She doesn’t realize he is gay until they begin their lessons, but a friendship develops.