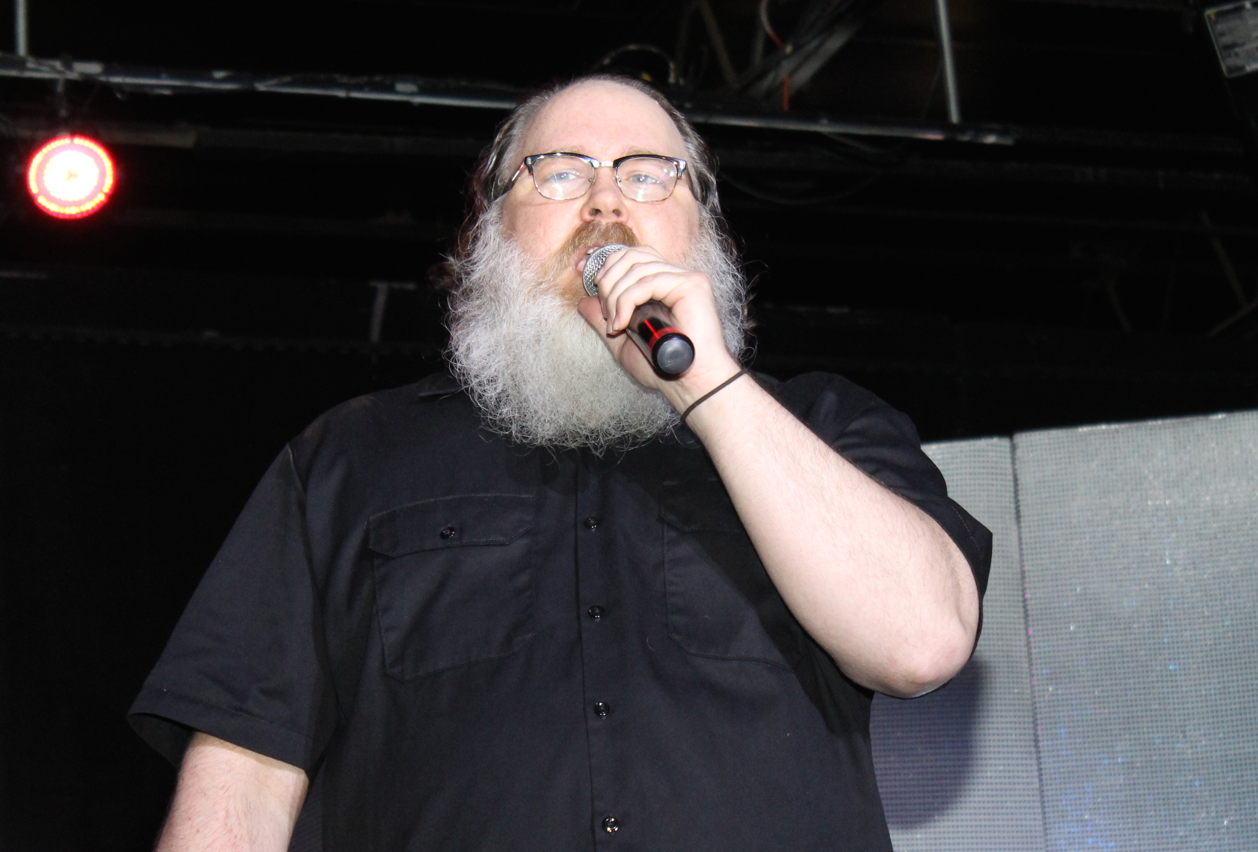 The old adage “sticks and stones may break my bones but words will never hurt me” just doesn’t seem to ring true anymore. Nowadays, in an age where any idea, no matter how virulent, stupid or pointless, can be shared with the world in an instant, it seems that words have taken on more sub- stance in the cultural mind.

I am a stand-up comedian and it is a vocation of words and ideas. At times it can be a cultural battleground disguised as an evening of comedy. Stand-up is one of the few spaces where it is still encouraged to speak freely on any subject and through the magical power of laughter some really serious topics can be discussed in a way that is entertaining, enlightening and inclusive. In theory.

Honestly, It can be an unsafe space in terms of trigger words and ideas. There is a lot of homophobia that occurs in and around comedy that ranges from outright offensive and defamatory to well meaning but ignorant. There is also the casual homophobia practiced by many who would consider themselves our allies. Not to say they are not allies—their politics and moral values are pro-equality—but sometimes their mouths aren’t.

Many straight comedians like to practice what I have termed “slur play.” This is where they casually utilize slurs among their peers and friends in an unspoken, tacit, consensual agreement that all the use of slurs is viewed categorically as inoffensive and not meant “that way.” As in, “yeah, I called you a faggot but I didn’t mean it ‘that way.’”

I can’t count, anymore, the number of times I have heard a straight comedian call me a faggot “playfully” or ask if they can run a “gay” joke by me and then say the most offensive things and sit patiently waiting for my stamp of approval or a laugh. My reactions have ranged from righteous anger to gritting my teeth to biting my tongue and smiling. I like to think the moral high ground burns more calories on account of the incline.

When pressed for a reason why a seemingly progressive, open-minded individual would say these things, it always boils down to the misconceived notion that the word faggot has another benign meaning. Louis CK has a bit on the word faggot that is often referenced in this defense. Google Louis CK and faggot and you’ll find it—he’s like the Anita Bryant of the word now, according to me, just now.

Louis CK asserts that he uses the word faggot because he used it as a child and didn’t know what gay was then and used it to mean stupid. So basically, he is going to use it for nostalgia’s sake, as if it is part of his heritage and to not use it is to deny that heritage. How noble and brave. The joke feels like an excuse to say faggot over and over again and it is written and delivered under the false assumption that most straight comedians believe—that there are no gay people in the audience.

That slur, like all slurs, is a tool of oppression and the same heteronormative power structure that created the slur has now created the defense and apparently has a spokesperson in Louis CK.

There is so much conversation about what people should and should not say and everyone is polarized in one direction or the other. The only positive thing I can say about slurs, and I’ve got to end on a high note, is they really help identify the bigots in our lives.

Visibility is crucial for our community but not just our own—spotting the bigots in their natural habitat can be very useful. It could lead to teachable moments or act as an early advance warning to avoid contact or mobilize counter measures.