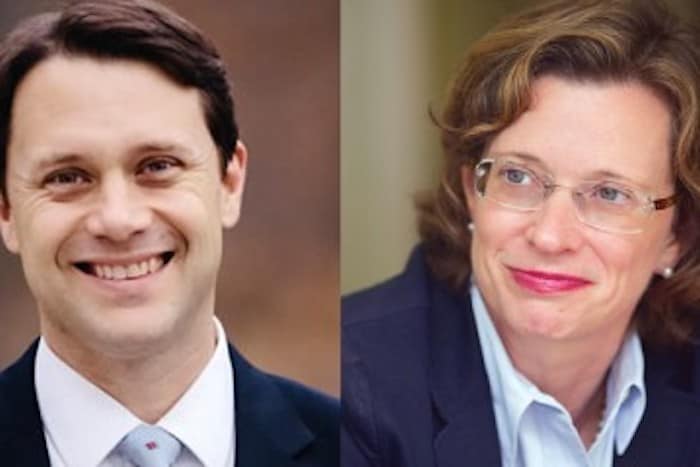 Editorial: Going to the polls is crucial, but our choices, again, are less than ideal

Endorsements in political races are a responsibility we feel all news organizations should accept.

Deal and Perdue are on record as not supporting LGBT equality and we never heard back from Hunt to find out his stances on issues important to our community.

Deal also ran one of the most anti-gay campaigns in Georgia’s history just four years ago in his bid for the Republican nomination for governor over former Secretary of State Karen Handel. His campaign was so homophobic that “The Daily Show with Jon Stewart” mocked our state.

We do highly endorse Democrat Greg Hecht for attorney general in his bid to unseat incumbent Sam Olens. Hecht is the only major Democratic candidate in this race who has both talked publicly to the gay media and stated publicly his support for marriage equality. He also promises not to defend the state’s same-sex marriage ban if elected.

Hecht shows the true leadership that we are looking for, and we deserve. We look forward to the day when his kind of leadership and transparency are the norm for Georgia Democrats seeking our votes and our money.

GOVERNOR’S RACE
The GA Voice has not and will never endorse candidates without speaking to them first. It is simply not fair to you, our readers, to do so. That is why we cannot endorse Jason Carter in the governor’s race. His campaign has ignored and denied numerous requests for an interview over several months.

This is not about sour grapes. It’s about not being able to ask him his thoughts and opinions on issues important to our community. We don’t know how he feels on issues such as HIV funding, employment non-discrimination, transgender rights, or a hate crimes law. Georgia is one of only five states in the nation without a hate crimes law.

Carter did show up at a subcommittee hearing on an anti-gay “religious freedom bill” proposed in the state House to a large and enthusiastic crowd of LGBT activists, but did not make any remarks.

We do know he supports marriage equality, but only because he said as much to another media outlet after the GA Voice wrote an editorial urging him to do so. He again discussed his support at an Oct. 8 debate.

He’s appeared at LGBT fundraisers—one in which he never said the words “gay” or “LGBT” and still managed to raise close to $100,000. Of course, those voters did not have to give him their money, so we can’t blame Carter for accepting it.

It should be noted that Carter did interview in person with the board of the LGBT organization Georgia Equality and received GE’s endorsement.

U.S. SENATE RACE
There is major confusion about Michelle Nunn’s views on marriage equality. She and her campaign denied or simply ignored requests from the GA Voice for interviews to discuss marriage and other issues important to LGBT people.

She began her campaign by saying she supported states’ rights when it comes to same-sex marriage. Supporting the idea that it is okay to put equality up to a vote is something we cannot accept or endorse.

We do not know her major stances on other LGBT issues facing Georgians because she has made herself accessible only at high-end fundraisers with people who can afford to purchase tickets for $500, $1,000 or more. She is endorsed by the national Human Rights Campaign.

We can all agree Perdue is a bad choice for a U.S. Senator. The race between Perdue and Nunn is in the national spotlight as the Democrats struggle to hold on to the majority in the Senate; a Nunn victory would help the Democrats stay in control. That means Democrats would still have a say in confirming federal judges, including those on the U.S. Supreme Court.

Many LGBT Georgians believe this is sufficient reason to vote for Nunn. We realize the importance of this race and of keeping Democrats in position to put progressive, forward-thinking judges on the federal bench. We aren’t endorsing Nunn, but we are also not saying not to vote for her.

We are saying we should expect more from candidates who say they want to represent us.

Neither Nunn, nor Carter, showed up at Atlanta Pride, where they could have greeted tens of thousands of prospective voters. Having supporters carry their signs in the parade is not enough to earn our votes in 2014; not even in Georgia.

U.S. Senators are elected to six-year terms (unless there’s a special election). We will be living in a far different world in 2020. It appears marriage equality is on track to be the law of the land in a very few years, if not sooner.

WE CANNOT BE STOPPED
Think about the sea change in our country since just six years ago.

That year, President Obama publicly supported the repeal of the Defense of Marriage Act but still personally believed marriage could only be between a man and a woman. In 2012, he came out personally in support of same-sex marriage, and just this month he stated he believes marriage equality is a constitutional right. He has opened the door to all Democrats to support marriage equality.

Since 2008, we’ve seen dozens of federal judges overturn state amendments banning gay marriage, and now same-sex couples can legally marry in 32 states, soon to be 35. There’s been the repeal of “Don’t Ask, Don’t Tell” and our LGB service members can serve openly. Soon, we hope, transgender service members will also be accepted.

There are of course many more issues facing LGBT community than marriage. But imagine where we will be in six years and how we are on track to receive the equality we so richly deserve in health care, housing, and job protections.

And if we look far enough into the next six years, Democrats will not be so timid and afraid to support us openly instead of just whispering to us behind the scenes.

U.S. Census data shows that in 2010 there were 30,000 same-sex couples living in Georgia. These numbers are only growing and cannot continue to be ignored.

This should be the very last election in which LGBT people are not addressed openly as a sought-out Democratic constituency.

We are here and we deserve to be treated as equals.

The most important thing to remember is to vote on Nov. 4. Not voting is only hurting yourself and your community.