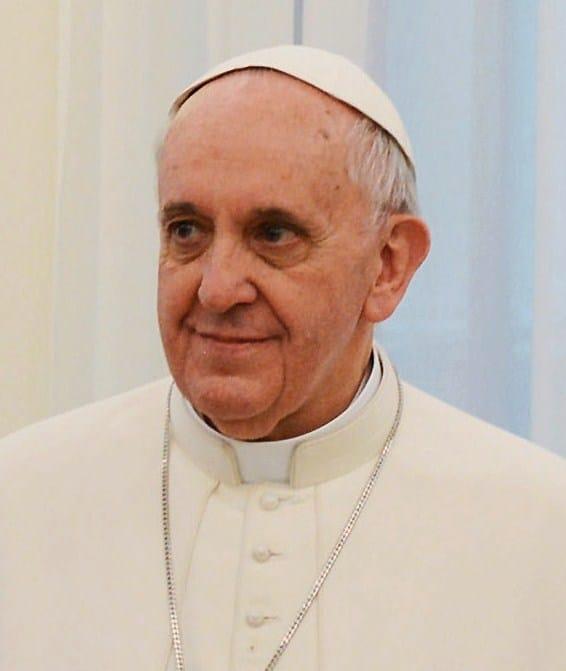 Pope Francis has changed the face of the Vatican. He acts so un-papally. Elected pope, he insisted on personally paying his hotel bill. He gave up the papal regalia, carrying an iron, not gold, cross and wearing his orthopedic shoes instead of red slippers. He lives in a small apartment at the Vatican, not in the papal mansion. He drives a used Renault 4 instead of being chauffeured in the Mercedes Benz “popemobile” (and many of us wish he’d be more careful about his safety).

A gay friend, also a former priest, saw it this way: “He’s changed the window dressing but is still selling the same goods. But then again, window dressing matters―especially to gay people!”

So far, yes, it’s only a change of facade. I sit by, looking on, mostly shrugging my shoulders, harboring some small hope, but not holding my breath. John Paul II and then Benedict XVI squashed all hope for the change promised, envisaged, even prescribed by the Second Vatican Council in the 1960s. Francis may be appointing bishops with a pastoral bent, but the uptight, autocratic hierarchs already installed in every diocese of the world will take decades to pass on. Francis won’t outlive them all; he can’t change the church alone; and too many self-righteous religious folk prefer old-time certainties to the ambiguities of honest living.

But Francis did make one real change in Catholic teaching―that famous “Who am I to judge?” He did not say that gay sex is okay. He suggested that just being gay is not an issue in itself.

The implications are hard to assess. For some Christian traditions, personal responsibility is not needed for sin―you do it, you are condemned; no excuses! In contrast, Catholicism never said that just being gay was a sin; it’s not of one’s choosing. The sin is in deliberately acting on it. Yet even acting on it might not be a sin (even if it were wrong): God would not condemn us for doing what we sincerely believe to be, not wrong, but best for us. Many LGBT Catholics stand on this sane teaching, as do heteros practicing birth control and supporting LGBT relationships at percentages well beyond those in any other Christian denomination. In Catholic teaching, before God (if not before the church), conscience is supreme. No one but God, not even the pope, can judge the human soul.”

Even if they are celibate, they cannot make good priests―because they’re mentally imbalanced! Purportedly, they lack the “affective maturity…to relate correctly to both men and women.” A footnote to John Paul II’s list of requisites for a priest filled in the horrid details: knowledge of the human heart, ability to dialogue easily, love of the truth, a sense of justice, respect for others, integrity, and the like. Supposedly, homosexual people lack all these qualities inherently! If this ignorant and vile teaching is what “Who am I to judge?” repudiated, the Vatican―well, at least Francis―has made a major step into the 21st century.

A nice theory, concise and simple! But it’s egregiously outdated. It depends on Aristotelian biology and ancient Stoic philosophy. Why, we only learned in 1875 that it takes both an egg and a sperm to produce a conception! For millennia human understanding of sexuality has been abysmal, totally lacking any psychological and spiritual dimensions. We have learned more about sex in the past century―in the USA, only since Kinsey’s research about 1950―than the whole human race had achieved since the get-go.

Catholic teaching holds that there can be no contradiction between faith and reason, religion and science, because God’s truth is one. This teaching keeps me, a scientist, a Roman Catholic. But on this point, I submit, the Vatican is in heresy. It refuses to accept the overwhelmingly supported conclusions of all current research on human sexuality―biblical, historical, biological, medical, psychological, anthropological, sociological.

Of course, the Vatican has already lost on contraception. Upwards of 90% of practicing Catholics report using it in good conscience, at least in the developed nations. And if contraception goes, so does all the rest.

The United Nations just publicly faulted the Vatican for subverting the common good, not only by its cover-up of sexual abuse (undoubtedly related to Vatican sex-negativism), but also for its teaching on contraception and homosexuality. Here’s another nail in the coffin of Catholic sexual ethics. The sad irony is that now a secular institution must instruct the Catholic Church on matters of justice and social well-being.

Another theme in Francis’s story is the role of women. Still dressing windows, he washes women’s feet and calls for their involvement, but he’s unbudging regarding the pathway to authority in the church: ordination. Patriarchy―and, indeed, outright misogyny―are ingrained in the Catholic system. Astoundingly, the early third century Latin Father of the Church Tertullian wrote, “What is seen with the eyes of the Creator is masculine and not feminine, for God does not stoop to look on what is feminine and of the flesh.” The great Saint Augustine echoed in kind: “The body of a man is as superior to that of a woman as the soul is to the body.” Such sentiment lives on in the Vatican’s all-male bureaucracy. This horror, too, must be excised, root and branch.

New dressings cannot cure the ailments of the Catholic Church. Radical renovation is needed―and Francis just might be moving toward it. We’ll know after October’s Synod of Bishops on marriage and family life.

Already his openness to all peoples highlights the complexity of life, and once admitted, this complexity will demand its due―fundamental change in the Vatican’s teaching on sex and gender. What might result is hard to know. I ventured a rendition in The Transcended Christian. The basic point is that we have to “get beyond it all.” Traditional religion with its unbending doctrines, self-righteous condemnations, irresolvable squabbles, and jihadist wars is simply intolerable in today’s world.

Francis points to welcome, mercy, forgiveness, justice, and charity. These do transcend denominational lines. Hopefully, they will also dissolve religion’s dogmatism. Then for Francis, the medium would be the message. I hope and wait to see.

Daniel Helminiak is a theologian, former Catholic priest, and current professor of psychology and spirituality at the University of West Georgia. His latest book, “The Transcended Christian,” is available now.